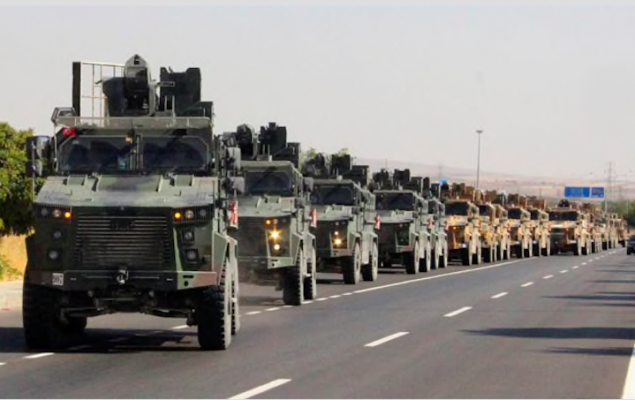 The self-administration of Northeastern Syria, a political wing of the Kurdish-led Syrian Democratic Forces (SDF), announced on October 13 evening that it had reached a deal with the Damascus government. 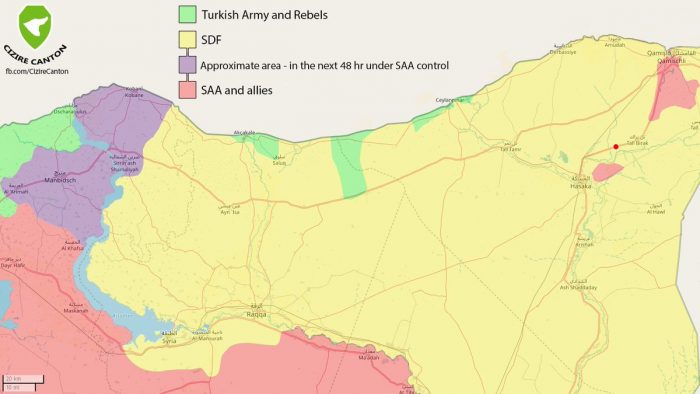 The self-administration of Northeastern Syria, a political wing of the Kurdish-led Syrian Democratic Forces (SDF), announced on October 13 evening that it had reached a deal with the Damascus government.

The deal says the Syrian Army will enter into the SDF-controlled area in order to protect the Syrian border from the Turkish military intervention (Operation Peace Spring).

According to reprots, by the morning  of October 14, Syrian Army units will enter the towns of Manbij and Kobani. Some sources say that the SAA will also enter into al-Tabqah. However, these reports still have to be confirmed.

Self Administration of NE Syria announces an agreement with Syrian Government to protect Syrian borders with SDF against Turkey. It will also help liberating all areas from Turkey including Afrin pic.twitter.com/aatRDChDJN

This movement comes to confront the ongoing Turkish aggression on towns and areas in the north of Hasaka and Raqqa provinces, where the Turkish forces committed massacres against locals, occupied some areas, and destroyed infrastructure,” SANA said.

North-Press reporter: Deployment of the Syrian Governmental Forces on the outskirts of Manbij city in preparation for their entry @NPA_SY pic.twitter.com/ukm73Ozx3T

Russia takes part in talks between Syria and Kurdish-led SDF