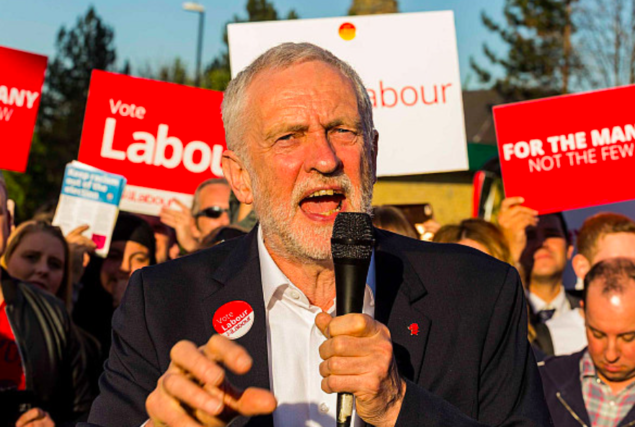 The Labour Party must take swift and decisive actions over senior HQ staffers who actively undermined Jeremy Corbyn when he was Labour leader, unions and MPs said today.

The [UK] Labour Party must take swift and decisive actions over senior HQ staffers who actively undermined Jeremy Corbyn when he was Labour leader, unions and MPs said today.

Their demands came in response to shocking revelations in a damning internal party report that was leaked on Sunday.

Titled The Work of the Labour Party’s Governance & Legal Unit in Relation to Anti-Semitism, 2014-2019, it reveals widespread hostility towards Mr Corbyn from senior party officials and contains explosive proof that Labour management aligned to the right of the party purposely sabotaged his leadership.

Staff used abusive language in WhatsApp chats to disparage Mr Corbyn and his supporters, including “joking” about killing them. They bullied and made misogynistic remarks against female staff and MPs, discussed doing no work for months, and conspired to sabotage campaigns and attempts to deal with anti-semitism complaints.

The Socialist Campaign Group of Labour MPs said Labour needed to publish the report in full and convene an emergency meeting of its national executive to discuss it.

Momentum national co-ordinating group member John Taylor said that Labour could have won the 2017 general election if it were not for the sabotage — the party needed just 2,200 votes in the right constituencies to form a government.

Hackney North MP Diane Abbott, who is mocked and vilified in texts exposed in the report, pointed to press reports that new leader Keir Starmer planned to appoint Emilie Oldknow – who is one of the most quoted staff members undermining Mr Corbyn in the report, and now works for Unison – and asked: “Surely she should never be employed by the Labour Party in any capacity again?”

She said she hoped that her union reviews the type of people it recruits into senior positions on the back of this.

Ms Barker said: “These people put themselves and their egos above all else. The racism, mental-health slurs, bullying and misogyny is plain for all to see.

“They will undermine any leadership that isn’t entirely their own, including our new leadership.”

He said: “This is clear evidence of what many party members knew all along: that whilst Jeremy Corbyn was trying to deliver a Labour government, senior Labour officials were conducting a vicious sabotage campaign against him.

“This abuse — which included repeated attempts to weaken Jeremy Corbyn’s position — was taking place at the very same time that Labour activists were knocking on doors day and night to try and deliver a Labour government.

“Particular shame should be felt by those who were planning to oust Jeremy Corbyn less than four months after he had won a second leadership election.”

Mr Wrack said that the “consistent pattern of corrosive behaviour” prioritised damaging the left of the party over winning elections and dealing with complaints of anti-semitism and racism.

He added that it cannot be “allowed to fester any longer” in the party. “Keir Starmer has said he wants a united party,” he said. “He should therefore use his new mandate to urgently address this issue, including taking disciplinary action, as appropriate.

“These people should never again be in senior positions in the Labour Party.”

Communication Workers Union general secretary Dave Ward said that “strongest action is now required,” suggesting that the memberships of those involved should be suspended.

Mr Starmer and deputy leader Angela Rayner said in a statement that they will commission an “urgent independent investigation” that will primarily look at how the report was leaked in the first place.

Their statement adds that the investigation will also look at “the contents and wider culture and practices referred to in the report” and “the circumstances in which the report was put into the public domain.”

“In the mean time, we ask everyone concerned to refrain from drawing conclusions before the investigation is complete,” the statement said.

Statement from the Socialist Campaign Group of Labour MPs in light of the recent revelations about senior officials undermining the 2017 general election campaign.

Statement from the Socialist Campaign Group of Labour MPs in light of the recent revelations about senior officials undermining the 2017 general election campaign. pic.twitter.com/5eFWhTB4s9