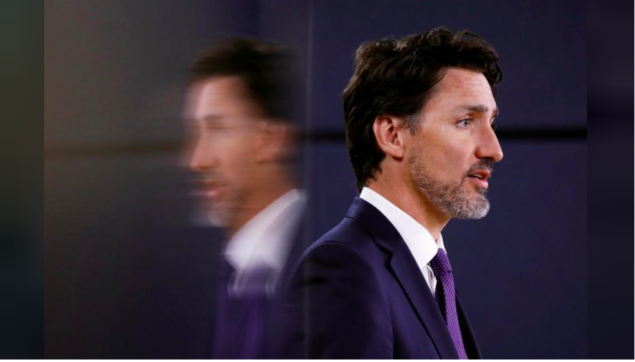 Unknown to most Canadians, Trudeau’s government maintains economic sanctions regimes against 20 countries of the world, including nine African countries.

On March 23, UN Secretary-General António Guterres appealed to G20 leaders: “I am encouraging the waiving of (economic) sanctions imposed on countries to ensure access to food, essential health supplies, and COVID-19 medical support. This is the time for solidarity not exclusion … Let us remember that we are only as strong as the weakest health system in our interconnected world.” At the same time, AP News reported, ambassadors of eight countries currently affected by economic sanctions — namely, Cuba, Iran, Venezuela, Syria, Nicaragua, China, Russia and North Korea — petitioned the secretary-general for “the immediate and complete lifting of those measures to enable nations to respond to the coronavirus pandemic.”

Regrettably, so far the wealthy and powerful countries of the world haven’t heeded the secretary-general’s call to loosen the screws on the weaker and poorer ones. They also ignored a similar appeal by Pope Francis in his Easter address. On the contrary, President Trump actually weaponized the pandemic by instituting further sanctions on both Iran and Venezuela, countries already targeted for regime change.

In Canada, however, two peace groups, the Hamilton Coalition to Stop the War and le Mouvement Québécois pour la paix, sent an open letter signed by 100 prominent Canadians to Trudeau asking him to lift all of Canada’s economic sanctions now.

Unknown to most Canadians, Trudeau’s government maintains economic sanctions regimes against 20 countries of the world, including nine African countries. In fact, under the Harper government in Ottawa in June 2013, Canada co-ordinated economic sanctions for the U.S.-led coalition of countries participating in the regime change operation against Syria. Similarly, under the Trudeau government, Canada helped lead the Lima Group in organizing multilateral sanctions against Venezuela.

The effect on the targeted country is crippling. The first result is usually a drastic decline in its currency’s value, which translates into ordinary people being unable to put food on the table for their children. Then follow other crises for working people: unemployment due to closing markets for the country’s exports and the inability to get spare parts; inability to receive payments from relatives abroad because the international banking system excludes the targeted country; the closing down of whole industries, such as tourism, because access to credit cards or even air access to national airports, as in the case of Syria, is turned off by the sanctioners.

Supporters will point out that sanction regimes generally exclude food and medical supplies. However, international trade requires financing through banks which are subject to penalties in the U.S., for example for trading with Iran, even though the participating bank may be domiciled in a country that has lifted its sanctions on Iran. This practice by the U.S. is called extraterritoriality.

Some have likened economic sanctions to acts of war and compared them to sieges of medieval towns in which the besiegers hope to make life so difficult for the besieged that they rise up against their feudal lords and open the gates. The comparison isn’t far off since the brunt of sanctions aren’t felt so much by the targeted countries’ ruling elites but rather their civilian populations. A monstrous example was the decade of UN sanctions against Iraq between the First and Second Gulf Wars. Between 1992 and 2000, 500,000 Iraqi children perished from lack of food and medicines. But Madeleine Albright, former U.S. secretary of state in the Clinton administration, famously quipped that it was “worth it.”  It was worth it to Albright because sanctions were part of U.S. foreign policy to soften up Iraq in preparation for the Anglo-American invasion and occupation of 2003 which continues today.

Notably, coercive economic measures are not levelled against U.S. client states, no matter the enormity of their crimes. Israel, which turned Gaza into the world’s largest open air prison and is annexing the West Bank, and Saudi Arabia, which wages a bloody war on Yemen and murdered journalist Jamal Khashoggi, don’t worry about sanctions.

While Trudeau tries to play the competent caring leader in his daily COVID-19 press conferences, he cannot ignore the damage he is doing to the efforts to fight the novel coronavirus in 20 of the world’s poorest countries, and indeed to the global effort.

Ken Stone is a longtime peace, social justice, labour, anti-racist and environmental activist-resident in Hamilton, Ontario. He is treasurer of the Hamilton Coalition To Stop The War and executive member of the Syria Solidarity Movement.