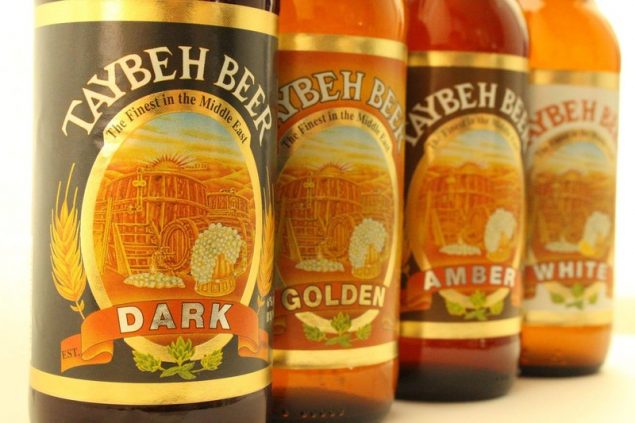 The Canadian government is appealing a federal court ruling that wines produced in Israeli settlements cannot be labeled “Made in Israel” and at the same time Canadian authorities have bent to the demands of Israel advocates and put a hold on the distribution of Palestinian beer and wine.

Siding with Israel lobby groups, the Canadian government is appealing a federal court ruling that wines produced in Israeli settlements cannot be labeled “Made in Israel.”

Meanwhile, Canadian authorities have bent to the demands of Israel advocates and put a hold on the distribution of Palestinian beer and wine.

Avi Benlolo, CEO of Friends of Simon Wiesenthal Center in Canada, a right-wing Israel advocacy organization, claimed there is “nothing misleading” in labeling wine as a product of Israel “if it is produced by Israelis in an area controlled by Israel,” according to The Canadian Jewish News on Monday.

But Canada considers the West Bank, Gaza Strip and Syria’s Golan Heights to be occupied territories, not part of Israel.

It maintains that Israel’s settlement colonies in these areas violate international law.

“Sadly, the appeal looks to be solely for political reasons – to appeal to certain voters and lobbyists – rather than to pose any legitimate challenges to the judge’s interpretation of Canadian law,” stated Corey Balsam, national coordinator for Independent Jewish Voices Canada (IJV).

IJV acted as an official intervenor in the three-year legal case brought by David Kattenburg, a science professor and activist in Winnipeg.

Kattenburg and IJV argued for accurate labeling so that consumers can make buying choices consistent with their ethics.

The court backed their argument.

“By deciding to appeal, not only is the government betraying the rights of Canadian citizens to make conscientious decisions about the products they choose to consume, but it is defending Israel’s illegal settlement project in the West Bank,” Balsam added.

For what it’s worth, Trudeau’s actions violate UN Security Council resolution 2334 which calls upon states "to distinguish, in their relevant dealings, between the territory of the State of Israel and the territories occupied since 1967” https://t.co/jaUsEKZ8b7

IJV had just sent a letter to Lametti last week urging the minister to resist pressure from Israel and its lobby.

Last month, Amnesty International and Michael Lynk, the UN special rapporteur on the occupied Palestinian territories, made a similar call on Canada to respect international law.

They also demanded that the Canadian government remove provisions in the recently renewed Canada-Israel Free Trade Agreement which they say allows the “admission of goods and services from Israeli settlements, industrial parks and other illegal enterprises in occupied East Jerusalem and the West Bank to enter Canada.”

The modernized Canada-Israel Free Trade Agreement (CIFTA) will enter into force on September 1st. With new inclusive elements, #CIFTA will ensure more Canadians can participate in and benefit from trade. #TimeToDiversify https://t.co/nNrsBBno7B pic.twitter.com/eiSmqSzUTF

Trudeau’s trade deal with Israel has been condemned by the UN special rapporteur on human rights and Amnesty international for violating international law and encouraging the growth of illegal Israeli settlements. #cdnpoli https://t.co/xxtsnnMNmH

During a speech last month, Prime Minister Justin Trudeau reasserted Canada’s commitment to Israel – calling it an “unshakeable” friendship – to the delight of Israel lobby groups:

"Throughout the international community, it is #Israel's right to exist that is most widely – and falsely – questioned. On this issue, we have always been clear: #Canada's friendship with #Israel is unshakeable." #cdnpoli #qcpoli

Trudeau has a long history of attacking and smearing BDS – the boycott, divestment and sanctions campaign for Palestinian rights.

Right before the Trudeau government decided to appeal the federal court ruling on Israeli settlement products, the Liquor Control Board of Ontario (LCBO) informed a Palestinian company that its effort to import Palestinian beverages had been placed on hold.

The hold is ostensibly due to the court’s ruling.

Taybeh, a family-owned business based near Ramallah in the West Bank, produces beer and wine. It exports its products internationally and they are sold throughout the West Bank as well as present-day Israel with the “Product of Palestine” label.

Earlier this year, Canada-based Palestine Just Trade Inc. worked with the LCBO to purchase Taybeh beverages for sale in Canada.

The LCBO approved the purchase of Taybeh products, as well as the “Product of Palestine” label on each item, according to Palestine Just Trade.

But the products are currently being held in storage.

Meanwhile, wines produced in Israeli settlements are still for sale despite their misleading labels.

After the July court ruling, the Canadian government told Kattenburg it would not take any action to label settlement wines until it decided whether or not to appeal, Kattenburg’s attorney Dimitri Lascaris told The Electronic Intifada.

The LCBO also wrote to Lascaris in August telling him it had asked the Canadian Food Inspection Agency for guidance in April on how the Palestinian beverages must be labeled.

But four months later it had not heard back.

“It is the Canadian government that is holding up the sale of these products, even though they are appropriately labeled and even though they have nothing to do with the decision of the federal court in the Kattenburg case – that was about settlement wines labeled as products of Israel,” he added.

“This is the first time this has ever happened to Taybeh,” Madees Khoury, Taybeh’s general manager, told The Electronic Intifada.

Khoury said that the company has recently received a deluge of hate mail from Canadian Zionists.

She noted that the longer the Canadian government keeps their products in storage while pre-paid orders go unfulfilled, the worse it is for the quality of the beverages and the reputation that the company has built.

“We promote fresh, high-quality beer,” Khoury said. “But we don’t even know how they’re storing it or how they’re handling the cases. It destroys the image of Taybeh.”

Lascaris recently wrote to the Canadian Food Inspection Agency asking why it would discriminate against properly labeled Palestinian products while Israeli settlement wines are still on the shelves.

He also said his clients would take legal action if necessary.

Lascaris is awaiting a response.

But the food agency did recently respond to an inquiry from the pressure group United With Israel assertingthat “no shipments of wine in question are being held by CFIA.”

The wines are, however, being stored by the Liquor Control Board of Ontario, which says it cannot sell them until it hears back from the food agency.

As I told @CanadianPress, the Trudeau government's decision to appeal a Federal Court ruling that Israeli settlement wines are falsely labelled makes a mockery of @JustinTrudeau's claim to be committed to a "rules-based international order."https://t.co/WeMVaieMMX @DavidLametti

How Ottawa justifies maintaining a "product of Israel" label on wine clearly made in illegal West Bank settlements is beyond comprehension. Canadian consumers deserve better from their government, esp one that claims to advance a "rule-based int'l order." https://t.co/y19yWqhhGR pic.twitter.com/mVVhs0paOp

The Canadian chapter of the Jewish Defense League, a violent extremist group, directed its supporters to pressure the government to investigate Palestine-labeled products.

According to Lascaris, the Canadian government’s appeal and the hold on Taybeh beverages is “purely a result of a desire on the part of the Trudeau government to avoid alienating the pro-Israel lobby in this country.”

Editor’s note: Taybeh products are labeled “Product of Palestine,” not “Made in Palestine” as originally written.