Just as Iraq begins to find peace, it once again becomes the battleground for an American proxy war 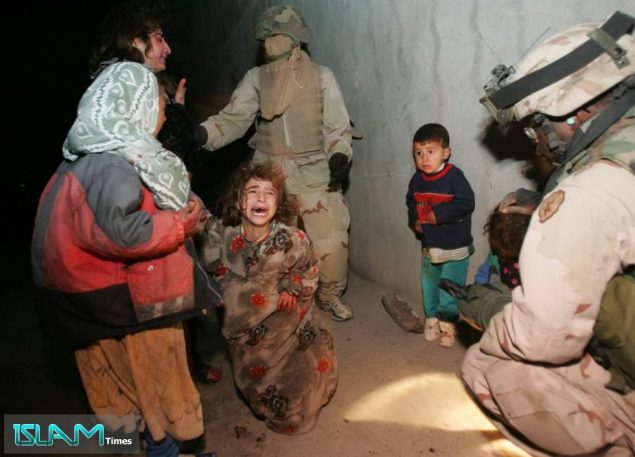 Baghdad is full of new restaurants and shops and the streets are thronged with people until late at night. But many Iraqis wonder how long this will last if the US-Iran confrontation escalates into a shooting war.

People in Baghdad are fearful that the next war between the US and Iran will take place in Iraq, which is only just returning to peace after the defeat of Isis. Alarm that Iraq will be sucked into such a conflict has increased here because of recent Israeli drone attacks on the bases of the Iraqi paramilitary group known as the Hashd al-Shaabi, which is accused by the US and Israel of acting as a proxy of Iran. 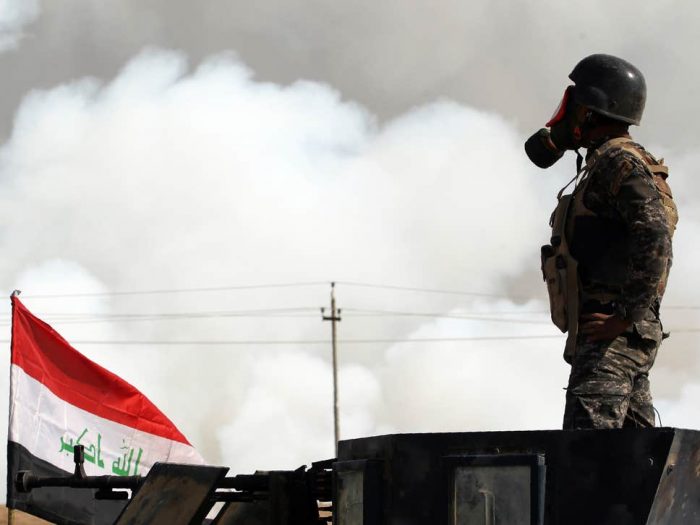 The US is not strong enough to oust the Hashd in Iraq, but that does not mean it will not try ( AFP/Getty )

“The new development is that Israel has entered the conflict in Iraq,” says Abu Alaa al-Walai, the leader of Kataib Sayyid al-Shuhada, a militant Shia paramilitary movement with ties to Iran, speaking in an exclusive interview with The Independent in Baghdad. He says that three Israeli drones attacked one of his bases in the Iraqi capital, called al-Saqr, on 12 August, leading to the explosion of 50 tons of weaponry. The Israelis confirm that they carried out the raid, which was preceded by several others, claiming that they hit Iranian missiles on their way to Syria and Lebanon.

It is the likelihood of US complicity in the Israeli action which could provoke a political crisis in Iraq. Abu Alaa says that an unpublished Iraqi government report on the attack reveals that the Israeli drones were launched from a US base called Kassad in Kurdish-controlled northeast Syria. “Iraqi radar tracked one out of three of the drones travelling at 140km before, during and after the attack,” he says.

US policy in the Middle East is notoriously incoherent and contradictory under President Trump, but allowing Israel to make pin-prick attacks from a US base against the Hashd looks peculiarly like self-destruction from an American point of view. It has already led to a bill passing through the Iraqi parliament demanding the withdrawal of US forces from the country.

Asked if Kataib Sayyid al-Shuhada would attack US forces, if there is a war between the US and Iran, Abu Alaa replies: “Absolutely, yes”. He expresses enthusiasm for drone warfare, saying that the successful drone assault on the Saudi oil facilities on 14 September makes battlefields more equal for groups like his own. “We are working day and night to develop drones that can be put together in a living room,” he says.

Drone attacks on US bases in Iraq would not enjoy the same element of surprise as those on the Abqaiq and Khurais oil facilities in Saudi Arabia, but the bases are certainly vulnerable. In many respects, they do not add to US strength in Iraq but they could become American “hostages” in Iraq in the event of an Iran-US conflict.

The future of the Hashd al-Shaabi as an Iranian-influenced state-within-a-state is the crucial issue in the struggle for influence between Iran and the US. Washington is pushing for the role of the Hashd to be reduced or even eliminated, but these efforts are likely to prove ineffective and even counterproductive.

The Hashd is a political as well as a military organisation and is so well established in Iraq that there is not much the US can do to reduce its influence. Its parliamentary representatives did well in the last general election in 2018 and its support is essential for any stable Iraqi government.

A similar pattern has held true in Iraq since the US invasion of 2003. The US wanted to get rid of Saddam Hussein, though without benefiting Iran. But the downfall of Saddam’s Sunni Arab regime was inevitably followed by a political revolution in which it was replaced by the Shia majority and, to a lesser degree, by the Kurds. Try as they might, US diplomats and generals in Baghdad could not avoid cooperating, often covertly, with Iran.

Not much has really changed in the years that followed. The ruling Shia majority has an Iraqi national identity, but this is matched, and usually overmatched, by a strong religious Shia identity. Given that Iraq and Iran are among the few Shia-led states in the world it is scarcely surprising that they feel that they have much in common. Post-Saddam Iraq saw the first Shia Arab government take power in the region since Saladin overthrew the Fatimids in 12th century Egypt. “Religiously speaking, Iran gives Iraq strategic depth,” says Dhiaa al-Asadi, a leading figure in the populist religious movement of the Shia leader, Muqtada al-Sadr.

President Trump and previous US administrations have repeatedly made the mistake of denouncing Hezbollah in Lebanon, the Houthis in Yemen and the Hashd in Iraq as Iranian proxies pure and simple. This is a mistake because these powerful paramilitary movements are rooted, above all else, in the local Shia communities. Iran may have fostered these groups but it does not have command and control over them.

Another reason why Mr Trump’s bid to roll back Iranian influence is unlikely to get anywhere, is that Iran’s paramilitary allies have been victorious, or at least held their own, in the wars in Lebanon, Syria, Iraq and Yemen over the last two decades. Many Iraqis resent this fragmentation of power, complaining that “the Hashd is strong and our government is weak” – but there is not a lot they can do about it. Iran is adept at playing Iraqi political chess games and acting as the broker between different factions and centres of power.

The US is not strong enough to oust the Hashd in Iraq, but that does not mean it will not try. The US must have known that Israel was firing drones into Iraq since it controls Iraqi airspace, but using Israel as its proxy in Iraq is a risky game.

Iraq has enjoyed a couple of years of relative peace since the defeat of Isis with the recapture of Mosul in 2017. The hundreds of security checkpoints and concrete anti-bomb blast walls in Baghdad have largely disappeared. The city is full of new restaurants and shops and the streets are thronged with people until late at night. But many Iraqis wonder how long this will last, if the US-Iran confrontation escalates into a shooting war. “Many of my friends are so nervous about a US-Iran war that they are using their severance pay on leaving government service to buy houses in Turkey,” said one civil servant.

There are good reasons for them to be worried: US and Saudi authority in the Middle East has been damaged by Iranian-inspired attacks – the Iranian modus operandi is normally to act through others – on oil tankers in the Gulf, a high-flying US drone, and the Saudi oil industry. So far, Mr Trump has not thought it is in the US’s interest to hit back, but he cannot indefinitely absorb this kind of punishment without looking weak.

Iraq is one place where the US and its allies could try to retaliate and their main target is likely to be the Hashd. This could in turn provoke attacks on US bases which look vulnerable in the age of the drone. Iraqis dread the idea of another military conflict, but they fear it may in any case be heading in their direction.