Journalism is not a crime: shining a light on Assange’s fight 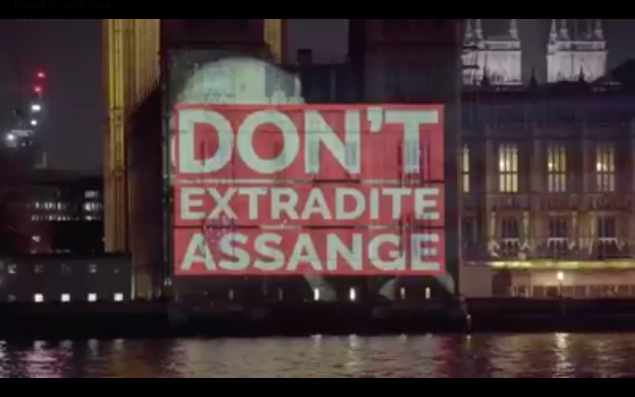 As Julian Assange’s imprisonment in Britain’s Belmarsh Prison continues, his supporters are taking the streets by storm to protest the US extradition request and the court case, which begins February 24. A video projected onto the UK Houses of Parliament shows the US war crimes that Assange exposed. A march has been called for 11:30 am on February 22, from Australia House to the UK parliament and a protest at Belmarsh Prison on February 24, at 9:30 am.

The video also projects a clear condemnation of the US extradition request made by Jeremy Corbyn earlier this week when he challenged Prime Minister Boris Johnson in the House of Commons, during parliamentary questions:

Will the Prime Minister agree with the Parliamentary report that’s going to the Council of Europe that this extradition should be opposed and the rights of journalists and whistleblowers upheld for the good of all of us?” 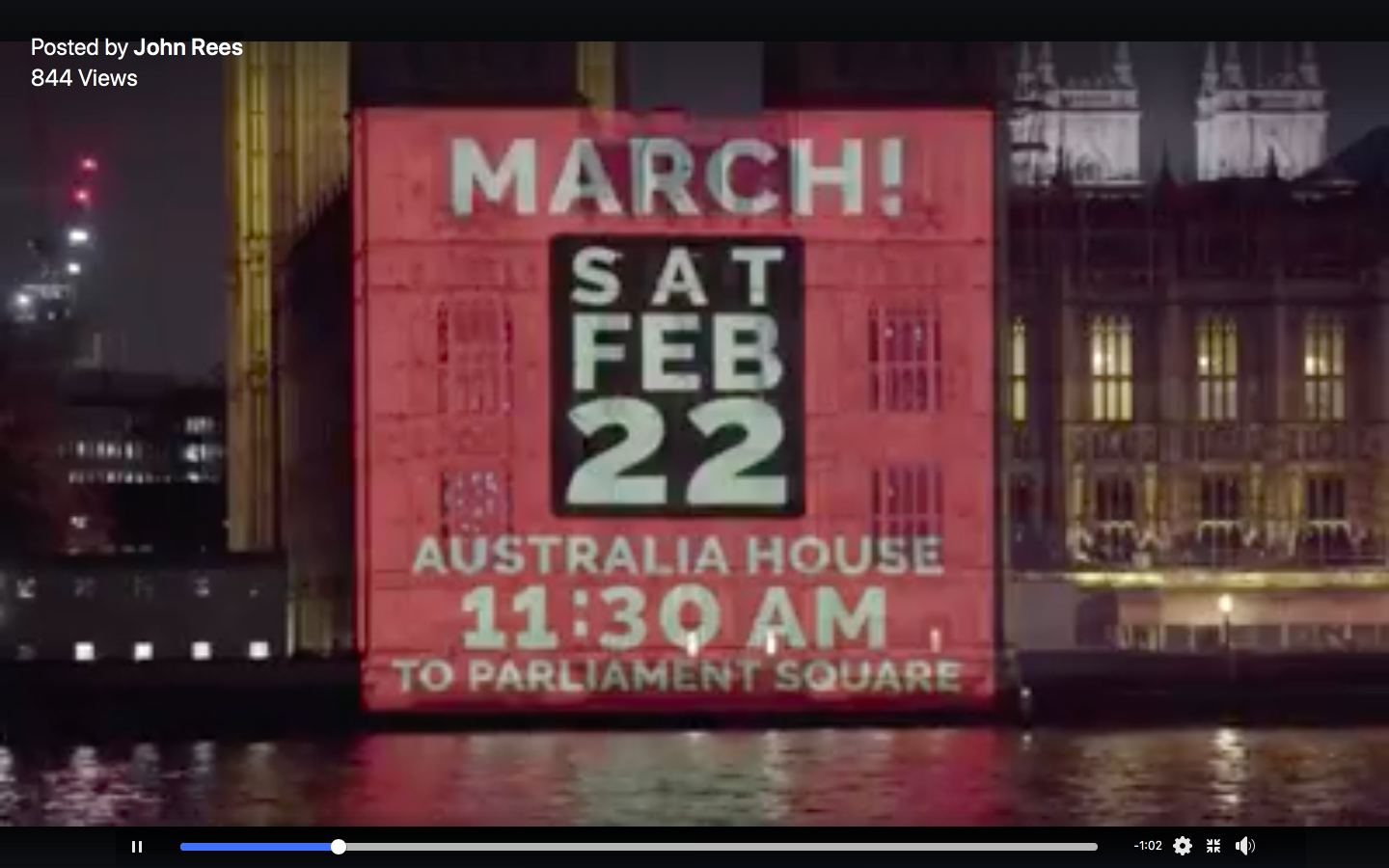 There will be a march from Australia House to Parliament Square on Saturday, February 22, at 11:30 am 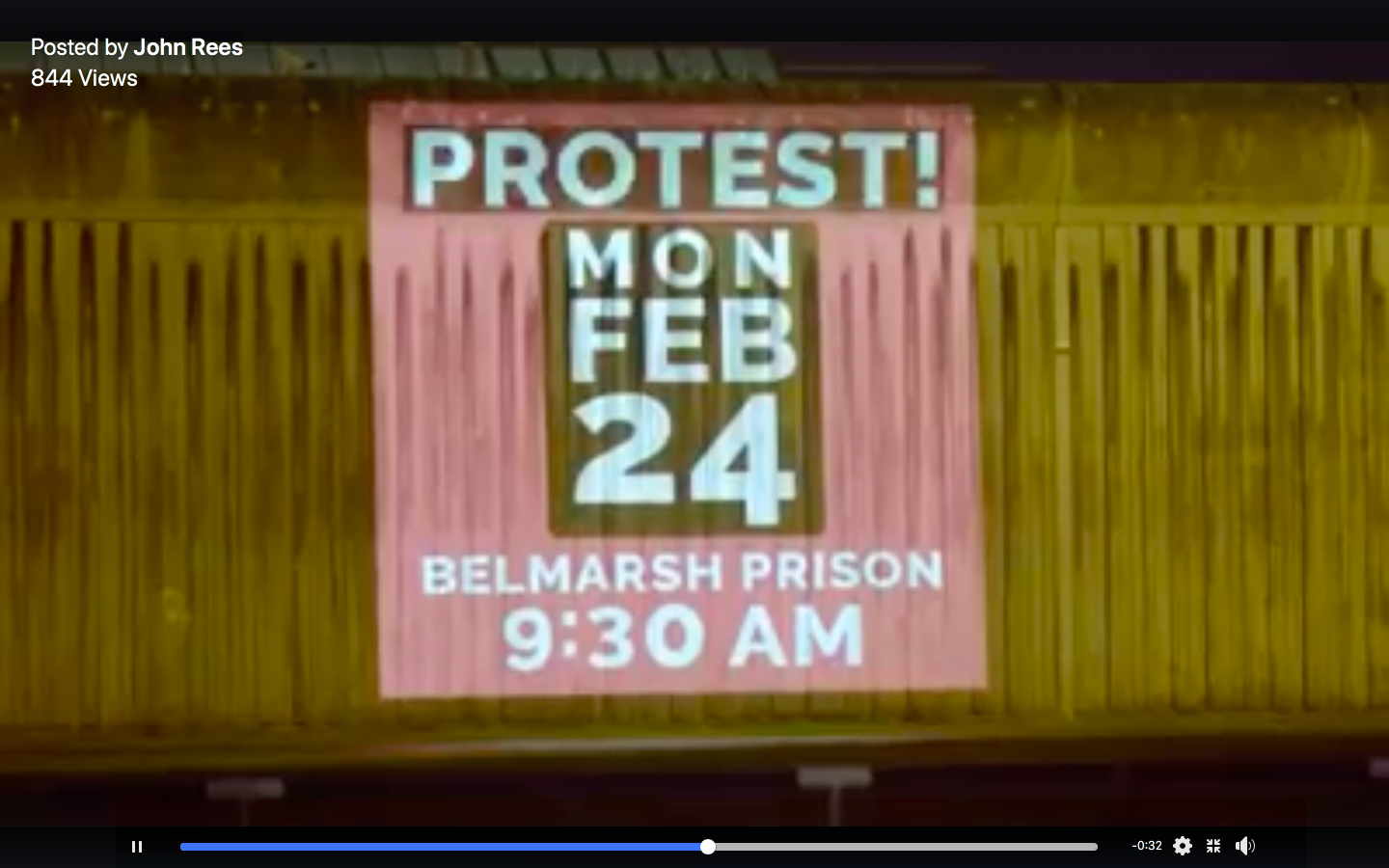 There will be a protest at Belmarsh Prison on Monday, February 24, at 9:30 am

Post amended to include march and protest details, Feb 20.