Italy Explains Why it REFUSES to Recognise Venezuela’s Guaido 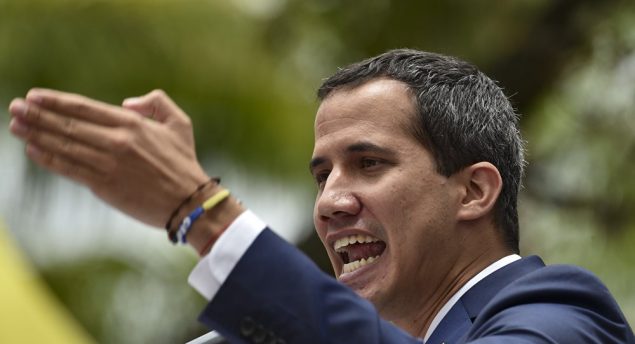 An interesting attempt by Italy to square the political circle – specifically in its adamant refusal to recognise Venezuelan opposition leader Juan Guaido as interim president.

Italy has offered an explanation for its adamant refusal to recognise Venezuelan opposition leader Juan Guaido as interim president.

In a letter in La Stampa daily on Saturday, Italy’s Premier Giuseppe Conte said his country considers Juan Guaido to be the democratically-elected president of the National Assembly, Venezuela’s de jure legislature, whereas President Nicolas Maduro has no “democratic legitimacy”.

However, he said the government would not recognise Guaido for “formal-juridical” reasons and “because it is aware of the risk of contributing to the radicalisation of various positions and favouring a spiral of violence with the result of making conditions for the people even more dramatic”.

Conte concluded by emphasising that Italy’s government doesn’t want to contribute to any “radicalisation” of the sides of the political crisis.

There has been no unity within Italy’s government over Venezuela, with the populist 5-Star Movement and right-wing League at odds on the issue.

Alessandro Di Battista, a former MP and top campaigner who is preparing to lead the 5-Stars’ efforts against the League in the upcoming European election, had said:

“Handing out ultimatums, sanctions, freezing Venezuelan goods… It would mean opening the road to a military intervention.”

Di Battista had written on his Facebook page: “Signing an ultimatum to Venezuela is the same identical scheme that was put in practice years ago with Libya and Gheddafi [sic].”

“The 5-Star Movement and this government will never recognise people who appoint themselves president.”

The other coalition member, the right-wing League party, led by Matteo Salvini, came out strongly in favour of Guaido, effectively backing the approach put forward by Paris, Berlin, Madrid and London.

“I hope the Italian government will let go of this prudent approach and support the Venezuelan people and their right to new elections and democracy,” he stated in February, as reported by Politico.

On Saturday,self-proclaimed interim president Juan Guaido said he had asked his envoy to the United States to meet with Department of Defence officials to “cooperate” on a solution to the Venezuelan political crisis.

As he spoke with La Stampa, Guaido argued a US military intervention in Venezuela was an option, claiming that after a failed coup attempt, the country’s opposition would have “more opportunities because more people are joining Operation Liberty”.

This operation is the campaign Guaido started earlier this year in a bid to organise protesters and possibly sway the Armed Forces to his cause. However, the opposition endeavour backfired as they failed to convince enough military to break ranks and turn on Maduro.

The current crisis in Venezuela began when opposition leader Juan Guaido proclaimed himself Venezuela’s interim president on 23 January. The US, Canada, many Latin American countries and some European nations were quick to recognise Guaido as the new leader.

Russia, Bolivia, China, Cuba, Turkey and a number of other countries have voiced their support for constitutionally-elected Maduro, whom they claim is the only legitimate president of Venezuela.