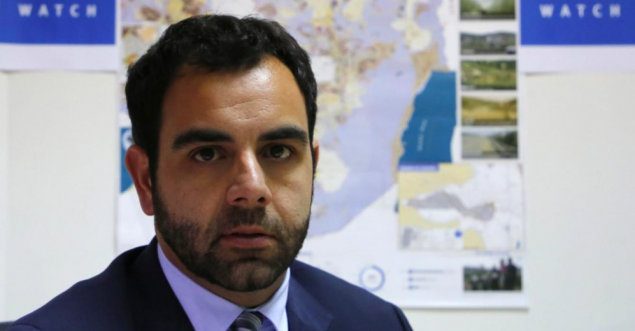 Omar Shakir describes the decision as politically motivated, after Israel’s government accused him of supporting the BDS movement

Omar Shakir describes the decision as politically motivated, after Israel’s government accused him of supporting the BDS movement…

Israel’s highest court on Tuesday ordered the deportation of Omar Shakir, a Human Rights Watch (HRW) campaigner on Israel and Palestine, after the government accused him of supporting the Boycott, Divestment and Sanctions (BDS) movement.

The order came after an appeal lodged by HRW against a previous judgement made by another court to support Israel’s decision to deport Shakir was rejected.

In its judgement, the supreme court said that Israel’s interior ministry had not made the wrong decision when it decided against renewing Shakir’s visa.

Breaking: Israeli Supreme Court upholds my deportation over my rights advocacy. Decision now shifts back to Israeli gov; if it proceeds, I have 20 days to leave & it’ll join ranks of Iran, N Korea & Egypt in blocking access for @hrw official. We wont stop. And we wont be the last https://t.co/Wf4FAyK2Qk

Shakir has disputed claims he supports BDS, a movement seeking to end the Israeli occupation of Palestinian territories and oppression of Palestinians, and described the government’s action as politically motivated and an attempt to muzzle HRW’s work in Israel and Palestine.

Commenting on the judgement, Shakir wrote on Twitter that he has 20 days to leave Israel and said the final decision shifts back to Israel’s government.

“Decision now shifts back to Israeli government. If it proceeds, I have 20 days to leave & it’ll join ranks of Iran, N Korea & Egypt in blocking access for officials. We wont stop. And we wont be the last.”

Laith Abu Zayed, who is based in the occupied West Bank, was barred from leaving Israel due to “security reasons” allegedly provided by Israel’s Shin Bet security agency.

Abu Zayed has not been told what accusations have been levied against him.

Kumi Naidoo, secretary-general of Amnesty International, condemned the travel ban and described the Israeli authorities’ claim that security reasons lay behind the decision as “totally absurd”.

“Their failure to provide any details to justify the ban reveals its true intent. This is a sinister move imposed as punishment for his work defending human rights of Palestinians,” Naidoo said in a statement.

“As well as violating Laith’s rights to freedom of movement and association, this travel ban further illustrates the Israeli authorities’ chilling resolve to silence human rights organisations and activists who are critical of the government. It also highlights the cruel and inhuman nature of their policies.”