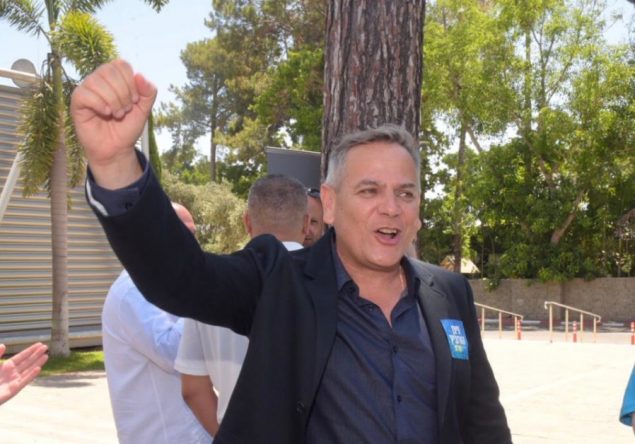 Peace Now condemned on Thursday [Aug 15] Prime Minister Benjamin Netanyahu for his decision to ban the entry of US Congresswomen Rashida Tlaib and Ilhan Omar.

“Prime Minister Netanyahu, who ceremoniously greeted the fascists [Brazilian President Jair Bolsonaro], [Filipino President Rodrigo] Duterte and [Hungarian Prime Minister Viktor] Orbán, refuses to let in US public officials only because he is afraid of their criticism of his, or Trump’s, policies. This is not how a sovereign democracy acts,” Peace Now said in a press release.

It added that “Netanyahu is turning Israel into a cowardly state, that signs treaties with tyrants and is incapable of coping with criticism; one that has no foreign policy, and, most importantly, no backbone.”

“In his weakness,” Peace Now concluded, “Netanyahu is forsaking the strategic asset that is the [US] bipartisan support for Israel. He lets Israel be taken hostage by an American president for his personal benefit. It is unacceptable that a foreign president, as Israel-loving as he may be, would decide who gets to enter Israel and who doesn’t.”

Netanyahu’s decision was earlier criticized by numerous left-wing MKs, including MK Nitzan Horowitz from the Democratic Union and MK Ahmad Tibi from the Joint List.

MK Horowitz said banning US congresswomen is a “bad decision,” adding that it is “not only a confrontation with the Democratic Party, that has always supported Israel, but a fundamental issue: Israel is a free, democratic country, and in such a place [we] don’t deal with criticism by banning one’s entry or exit.”

MK Aida Touma Suleiman responded to the ban calling Netanyahu’s relationship with Trump “the Strongmen Alliance,” a term used for a self-declared fascist fraction for the Revisionist Zionist Movement, that acted in Palestine in the years 1930-1933.