Is Venezuela Incubating Its Own Bolsonaro? 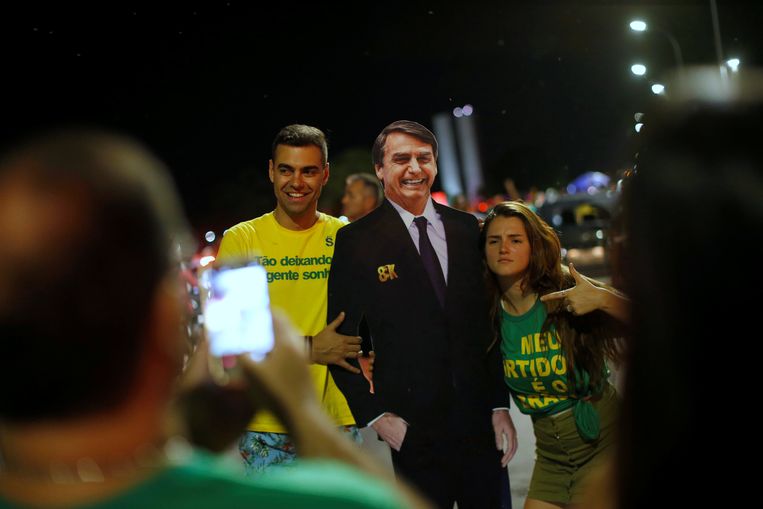 Venezuelan analyst Evaristo Marcano Marin looks at similarities between Brazil and Venezuela and asks if a neo-fascist like Bolsonaro could emerge in the Bolivarian Republic as well.

Jair Bolsonaro won the first round of the Brazilian presidential elections on October 7 with 46 percent of the vote, a mere four million votes short of a first round victory. The second round is due to take place this coming Sunday October 28.

Bolsonaro is widely considered the candidate of the neo-fascist right. A former captain in Brazil’s brutal military dictatorship (1964-1985), he has long been notorious for his unapologetic racism, sexism, and homophobia. His campaign has unleashed a wave of violence targeting community activists, supporters of his leftist rivals and members of the sexually diverse community, which has included political assassinations and hate crimes . Bolsonaro has repeatedly promised to “cleanse” the country of all leftists should he win this Sunday.

As we at Venezuelanalysis.com have covered recently, Venezuela is one of the main topics of the heated Brazilian presidential elections.

One of Bolsonaros party members, and a strong candidate to be his Foreign Minister should he be victorious, recently told Sputnik that “I do not close the door on a military intervention” in Venezuela.

Bolsonaro’s own son, Eduardo, has also claimed that he will declare war on Venezuela, as well as cede a military base in northern Brazil to the US, so as to better attend to any Venezuelan confrontation.

As part of this discussion of Bolsonaro’s significance for Venezuela, VA brings you this translated article from Venezuelan left wing portal Aporrea.

This “hurricane,” as Zibechi terms him, is the product of some not very hidden situations that have been emerging for many years, and others which are starting to emerge after a long siesta.

Storms produce results like that of the first round [of Brazil’s 2018 presidential election, which Bolsonaro won by a large margin]: they leave nothing in place, they bring to the surface that which was submerged and, after the bleak outlook of the day after, show the dirt that no one wanted to see.

But they also show that under and behind the wounds there are possible ways which comfortable analysts and institutions refuse to walk.

The day after [the storm] teaches us several facts that should be taken apart to see what the immediate future can bring: the cry of “Enough!” [Brazilian] society uttered in 2013, the legacy of the military dictatorship, the end of Lulaism, and the limitations of the left in dealing with the new scenarios are just some.

The first item I need to highlight in regard to Zibechi’s reflection of is the responsibility that the Brazilian Workers’ Party (PT) [led by Lula and Dilma Rousseff, which ruled until the parliamentary coup d’état in 2016] has for the emergence of this hurricane called Bolsonaro.

The PT dismissed claims and struggles that responded to the needs of the excluded. The “Enough!” cry materialized from Lula’s and the PT’s depletion. Both took the path of fiscal adjustment to the very end. Lula and the PT responded with fear to having the excluded on the streets asking for more inclusion with their struggles.

Is a Bolsonaro figure incubating in Venezuela?

Definitely yes. But not as one thinks.

There is no leadership at the level of the Venezuelan right which is consolidating itself as a political reference in the style of Bolsonaro. They are not incubating in this way, and this makes it even more dangerous.

There are also excluded people in the streets asking for ways forward [in Venezuela], but the Bolsonaro characters incubate where they should not.

It was hatred that fundamentally fuelled the guarimbas. This was not a platform of struggle with proposals. Many right-wing parties were silent on the guarimbas, or were not comfortable with them. Others, on the other hand, were more committed, and those who socially led the struggle had nothing to do with people organizing and financing them.

The National Constituent Assembly (it is believed) brought peace [through it’s election in July 2017], but violence erupted more forcefully through [price speculation and smuggling known as] bachaquerismo, which ultimately was a metamorphosis of the violent guarimba.

Bachaquerismo has no face of violent street protests, but it is more violent.

Bachaquerismo, you see, has two faces. One with a particular profile in streets and municipal markets, and another, spread out in housing estates in the hands of a middle class, which does not have compassion with the problem of prices because they know that any spike in the prices of basic staples is a spark that further feeds the attempts to burn everything [left over] from the guarimbas.

In the May 2018 presidential elections in Venezuela, right-winger Henry Falcón did not exceed expectations, and possibly a significant part of those [54 percent] who abstained maintain some relationship with the Bolsonaro hurricane or phenomenon that is incubating in Venezuela. An important part of the right has radicalized and is creating conditions for its uprising.

The government has not effectively set out a clear policy of [economic] adjustment. The fact that the government has not done so openly does not imply that policies don’t exist which place the burden of the economic crisis on those who have less. This niche of the visible and invisible adjustments is where the Bolsonaro that Venezuela may be incubating is lying.

Perhaps there is no tough or hard data which shows that this policy of visible and invisible economic adjustment is just another factor that keeps the incubator at the right temperature. Rising temperatures are being felt in sectors that have very little to do with, or to win from, a rise of the right in Venezuela, but this heating up exists and is made very clear in the markets or shopping centers.

There are people who are socially very distinct coinciding in their messages. Messages with such racist sentiment can be heard that would shame even Brazil’s Bolsonaro: “Damned Maduro,” for example. This [common] phrase and others of the same style and with the same language are very present in the dialogue which one hears. In the incubation process, this makes more sense.

It may be a very boring and unsubstantiated hypothesis, but the possibility that there are many “Bolsonaritos” (little Bolsonaro replicas) in social spaces (neighborhoods, poor communities), where there shouldn’t be, should not be discarded. This hypothesis is not very extreme.

Hyperinflation (induced and non-induced) is basically a policy adjustment, which can little by little draws to the surface that which is not seen, but is felt with cramps in the stomach. Whilst the situation in Venezuela is not the same as that of Brazil in 2013, this does not imply that the silence is effectively silent.

For now there is no right-wing leader in Venezuela like Bolsonaro. But the expression “that damned…” in the mouths of people with very different appearances may be telling us that in the absence of Bolsonaro, the Bolsonaritos are going well and according to the right’s plan.

The views expressed in this article are the author’s own and do not necessarily reflect those of the Venezuelanalysis editorial staff.

Translated and edited by Venezuelanalysis