Is the US shouting in the mirror at its own reflection? 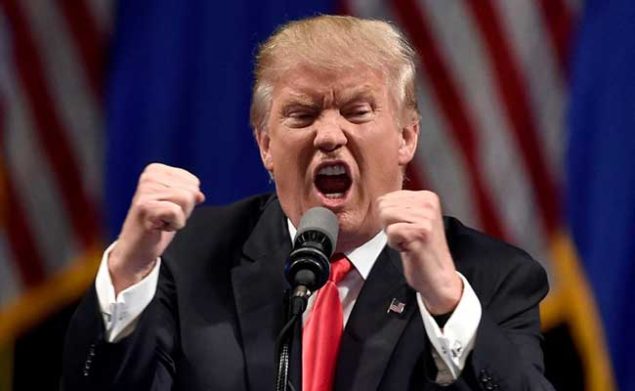 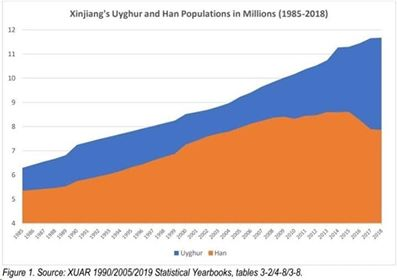 China flatly denies this accusation. It would contradict both the PRC Constitution – which guarantees equal rights to all ethnic groups in China and aims to help promote their economic and cultural development – and the observable practice of the state towards ethnic minorities; which include positive discrimination measures that would be denounced as “political correctness gone mad” in the West, but is seen by the central government as important for improving the economic development of ethnic minorities. *  The previously strictly applied one child policy did not apply to ethnic minorities; and its recent relaxation in Xinjiang, as well as elsewhere, has simply put the Han population there on a level footing.

It seems that the USA is looking in the mirror and shouting at its own reflection. The accusations they are directing at China are exactly what the US has done itself – on a very large scale – both at home and abroad.

Overall, this has become an established, habitual practice. “U.S. women of color have historically been the victims of forced sterilization. Some women were sterilized during Cesarean sections and never told; others were threatened with termination of welfare benefits or denial of medical care if they didn’t “consent” to the procedure; others received unnecessary hysterectomies at teaching hospitals as practice for medical residents.”

They have used this on

It was also applied on a global scale. The 1969 Bolivian film Blood of the Condor was based on stories told to the film maker by indigenous women in the Andes of US Peace Corps style “aid” workers sterilising them without consent; so it was clearly not an abnormal practice. The furory caused by this film led to the expulsion of the Peace Corps from the country.

It was openly stated in official US State documentation.
In 1974, with defeat looming in Vietnam, officials under Henry Kissinger wrote National Security Study Memorandum 200, which argued
“… that population growth in the least developed countries (LDCs) is a concern to US national security, because it would tend to risk civil unrest and political instability in countries that had a high potential for economic development. The policy gives “paramount importance” to population control measures and the promotion of contraception among 13 populous countries to control rapid population growth which the US deems inimical to the socio-political and economic growth of these countries and to the national interests of the United States since the “U.S. economy will require large and increasing amounts of minerals from abroad” and the countries can produce destabilizing opposition forces against the US.”

One of these countries was India, and the forcible sterilisation of 6.2 million men during the state of emergency in 1976 followed direct US pressure. Its legacy is continued drives directed at impoverished and minority women, which are still taking place on a significant scale and causing loss of life, as can be seen from this report from 2014.  The Guardian noted in the same year

“Sterilisation camps” are held in Chhattisgarh between October and February as part of a programme to control India’s population, which stands at 1.26 billion. Women who go through the surgery are given 1,400 rupees (£14) by the state, the amount reportedly paid in this latest case.

Authorities in eastern India came under fire in 2013 after a news channel unearthed footage showing scores of women dumped unconscious in a field following a mass sterilisation.

A right-wing US site also reports that the US helped finance the sterilisation campaign of Peru’s President Fujimori in the late 1990’s, “largely aimed at lower-income women and members of indigenous populations living in the Peruvian highlands” and affecting up to 200 000 women.

From this its clear that even if all the specific accusations currently raised against China were true – and many of them are lurid – they would neither be peculiar to it nor distinct from the customary practice of the countries making the accusations. More to the point, the accusation of “genocide” is contradicted by the reality of a growing Uighur population in Xinjiang.

*Ethnic minorities were exempt from the population growth control of the One-Child Policy.

Ethnic minorities have guaranteed places in the National People’s Congress as well as governments at the provincial and prefectural levels and participation in the CCP is encouraged.

Some ethnic minorities in China live in autonomous areas which guarantee the freedom to use and develop their languages, and maintain cultural and social customs.

Preferential economic development and aid has gone to these areas.

Minorities have widely benefited from China’s minimum livelihood guarantee program (known as the dibao) which was introduced nationwide in 1999 and had nearly twenty million beneficiaries by 2012; and, depending on province, lower tax thresholds and lower entrance requirements into university.