Is Russia easing sanctions on Turkey?

It may seem surprising for many to hear that the two bidders that have reached the final stage of the government tender for the expansion of Moscow’s Sheremetyevo International Airport are Turkish companies. Russia’s economic sanctions against Turkey that have entered into effect as of January 1, 2016 do not cover these two companies, Limak-Marashstroy and Renaissance, which are registered in Russia hence officially regarded as Russian companies, despite being effectively Turkish-owned. 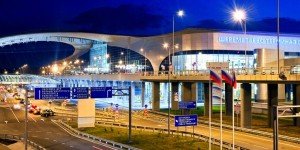 Kremlin’s anti-Turkish discourse maintains its harshness, and is likely to do so in the near future. However, while it appears to be a mere procedural technicality that enabled these two companies to participate in the tender, the fact that it is those two companies and not other purely Russian ones that have reached the final stage of the tender, and the strong track record of Turkish construction companies in Russia, reveal that Russians themselves stand to benefit from having one of these companies to build the airport.

At the political level, it is a big nyet (‘no’) that the Russians are giving to Turks. But at the economic level, Russia, with all the economic weaknesses and fragilities it is facing, realizes that it still needs to do business with Turkey. One pre-existing technicality opened the way for two Turkish companies in the airport tender, and as things stand, new technicalities are in the making.

The sanctions, which included an import ban on Turkish products, restrictions to economic activities of Turkish companies in Russia, and the suspension of the visa-free regime with Turkey, had already come with a number of exemptions, such as a list of Russian companies, 53 of them most of which, being construction companies, are allowed to continue employing Turkish citizens.

Russia genuinely wants to minimize the Turkish participation in the country’s construction sector. However, it is also aware that in the short to medium term, it will be extremely difficult for the sector to survive without Turkish involvement. This is why, if all the formalities are okay on the paper, Turks can continue to construct airports in Moscow, and, as Deputy Prime Minister Olga Golodets has announced a few days before the sanctions took effect, “construction companies will be exempt from the ban on employing Turkish citizens as long as they are on long-term contracts.”

Russia’s dependence on Turkish construction skills and experience will only grow further as 2018, the year when Russia will host the soccer world cup, draws nearer. Russia needs substantial infrastructure development in its host cities for this major event, and it is not only about stadia, but hotels, entertainment venues, roads as well.

There are concerns about how this development can be realized, concerns which further aggravated when the Russian government announced a 30 billion ruble cut in the world cup preparation budget last summer.

Russians are aware that working with Turkish construction companies, as they did for the 2014 Winter Olympics in Sochi where they built a total of 700 thousand square meters of facilities at a total worth of $1.6 and employing 15 thousand Turkish workers, will bring several advantages in the form of cost efficiency and ability to work with short deadlines.

No surprise then that the Kommersant daily has reported last week that an additional easing of sanctions can be possible for Turkish construction companies due to the special circumstances arising from the hosting of the soccer world cup.

The report stated that the Ministry of Economic Development is working on a plan which will allow Turkish companies to take part in world cup-related infrastructure tenders under the condition that they establish partnerships with a Russian company having a majority stake of at least 75%.

An easing of import bans can also be expected. It has already been made clear by Russian authorities that exceptions will be possible for products for which there are no economically feasible Russian-made substitutes.

The scope of this exception is likely to be wider than expected. For one thing, working with Turkish construction companies in the run up to 2018 will necessitate importation of construction materials from Turkey to achieve cost efficiency.

Banning them or imposing high barriers against them would only serve to raise the costs for the contract giver, which is, in the case of the airport, world cup facilities and many others, the Russian government itself.  In Sochi, 90% of the construction materials and equipment used for building the facilities were brought in from Turkey.

It is, however, not only the import of construction materials. Turkish products like fruits and vegetables, with their low cost and low transportation fees, were contributing to lower prices in Russia. Russia’s economy is ill suited to face a rapid rise in prices.

According to a monthly report published by the World Bank, Russia’s food inflation was 14% in December, while during the first nine months of 2015, the number of poor people in the country increased to 20.3 million people corresponding to 14.1% of population. The same World Bank report states that the ban of Turkish fresh fruits, vegetables, and chicken is expected to add nearly 0.5% to Russia’s inflation in 2016.

Russia is fighting against inflation and poverty, and it simply does not make sense, at least economically, to risk rising prices by not buying from Turkey and resorting to more expensive sellers instead.

Economics sanctions are an effective tool of foreign policy making. However, for sanctions to produce the desired results for the imposing party, there has to be a sufficient level of asymmetry in terms of economic power and dependence between the two sides,. In other words, the imposing party needs to be economically stronger and more resilient than the receiving party, and at the same time it has to be less dependent on the latter as well.

In the case of Russia’s sanctions against Turkey, Russia is now economically too vulnerable and dependent on Turkey in many areas for sanctions to produce Kremlin’s desired effects. In sum, the international political environment requires the sanctions to remain in effect as they are, but in practice one can expect more and more easing and exemptions to be made.

Dr. Altay Atlı is a lecturer at the Asian Studies program of Boğaziçi University in Istanbul, and a senior research fellow at Turkey’s International Strategic Research Organization (USAK).