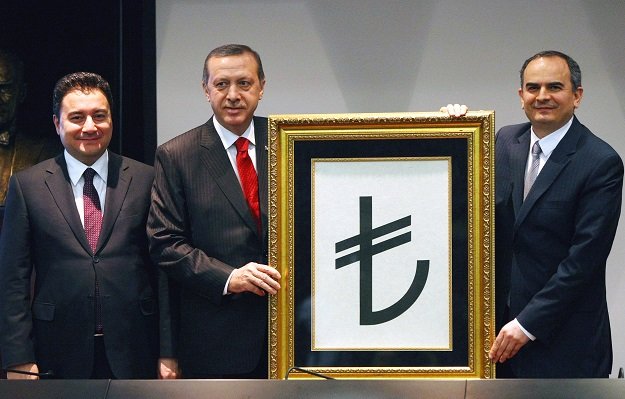 According to the journal Foreign Policy, Turkey’s president Erdogan has made a huge bet that he’s right and all of the world’s economic experts are wrong. It doesn’t take much to believe the experts are wrong. But is Erdogan right? Borzou Darahagi explains what his policies actually are.

To Recep Tayyip Erdogan’s handlers, it must have seemed like a good idea at the time. Show off Turkey’s president to a group of London bankers and fund managers over a fancy lunch as a way to reassure nervous investors about the country’s economic stability and viability. After all, Turkey’s Central Bank had recently upped interest rates a higher-than-expected 75 basis points, showing a measure of fiscal prudence at a time of lingering questions about the country’s economic health.

But the May 14 luncheon and a subsequent interview with Bloomberg quickly went off the rails. Erdogan ranted against interest rates and raised doubts about the independence of the Central Bank, vowing even tighter control of the economy if he wins another full term after the June 24 elections.

Markets showed no mercy. Within 10 days, Turkey’s lira had plummeted to a new low, coming close to trading at nearly 5 to the dollar, compared to around 1.6 to the dollar in 2011, before the Central Bank raised a key interest rate by 300 basis points, from 13.5 percent to 16.5 percent. The move halted the slide and stabilized the currency, but it was not enough to quell worries about Turkey’s economy. After rallying briefly on Wednesday, the lira slid again on Thursday. Erdogan’s words had resounded deeply and negatively among already nervous investors.

“The suggestion that going forward that he would be looking to take more control of monetary policy and jeopardize the independence of the Central Bank has been an issue for market participation for some time … If Erdogan’s goal was to appease investors and stabilize the currency, it achieved quite the opposite result.”

Financed by cheap international credit and enthusiasm for emerging markets, Turkey has grown spectacularly since Erdogan and his Justice and Development Party took over after another financial crisis in the early 2000s. Surrounded by figures like the technocrat Ali Babacan, a Kellogg School of Management graduate and financial consultant who for several years served as his deputy prime minister in charge of the economy, Erdogan was widely credited for following prudent economic policies that drew investment.

But as figures like Babacan have fallen away from Erdogan in recent years, things have taken a wrong turn. Turkey’s currency has lost 60 percent of its value over the last five years, dropping a dramatic 20 percent this year compared to the dollar. Turkey’s foreign debt has ballooned to $453 billion, and its current account deficit, the gap between its imports and exports, widened to $47.1 billion last year compared to $32.6 billion the previous year. Inflation is up, and consumer confidence is down.

Economists and investors say an overall decline in global appetite for emerging markets is hurting Turkey, but they also point to worries about Erdogan himself and his unorthodox views on economic matters. “His opinions matter a lot more than they did any time in the last 10 years,” says Paul McNamara, investment director at GAM Investments, a Zurich-based asset management firm. “In the past, he would say his thing. He was sounding off and providing political cover, and then the central bank would come out and raise interest rates. That’s no longer the case.”

Speaking to Foreign Policy, experts ascribed a number of economic principles to the president that they say don’t square with widely accepted standard notions.

“Interest is the mother of all evil.” Erdogan has repeatedly said he believes that high interest rates cause inflation, flying in the face of the economic rule that tightening the monetary supply reduces inflation. Some of his defenders say that his idea is rooted in the economist Irving Fisher, who held that a country could pull itself out of deflation by raising interest rates. Erdogan has been railing against the interest rate lobby since the beginning of his career, and financiers for a while gave him a pass as a politician cushioning the side effects of economic reality. Now, it’s apparent that Erdogan’s hostility toward interest is more philosophical, based in Islamic and Christian views of usury as sinful. What’s more, his vocal opposition to the wishes of his own Central Bank governors has worried investors about the independence of that institution.

“Many foreign investors over the years thought that Erdogan’s views of high interest rates was a standard politician’s criticism of rates,” says Inan Demir, an economist at Nomura, a Japanese financial holding firm. “But more recently, especially after Erdogan’s most recent statements in front of foreign investors in London, most people think it’s different, and it’s more deep-rooted in his belief system.”

Grow, grow, grow: Much of Turkey’s economic expansion over the last few years has been a result of a building explosion financed by easy credit that conveniently goes to construction and development giants that happen to be Erdogan’s political allies, by providing state loan guarantees and other tools to ease loans. His apparent belief in cheap credit is linked to a conviction that Turkey can grow without any limits and without overheating and exacerbating inflationary pressures. Erdogan seems convinced Turkey’s economy can grow at up to 7 percent annually without any side effects. But economists caution that unrestrained growth can actually hurl a country into a recession, with inflation — currently running at about 10 percent — eating into consumer savings and earnings. The International Monetary Fund and other economists say that Turkey should be growing at no more than 4 percent.

“Every economy can grow at a certain pace, and if you grow faster than your capacity, you generate inflation,” says Atilla Yesilada, a Turkish economic consultant based in Istanbul. “‘Erdogan-omics’ denies that.”

Investors will come no matter what: A wave of direct foreign investment in many sectors of Turkey’s economy during the 2000s gave rise to the country’s economic successes, but those numbers are declining amid worries about the lira, whose decreased value threatens to eat into investor profit margins. Erdogan hasn’t helped matters by picking fights with countries that are deeply invested in Turkey, such as Germany, France, and the Netherlands. He hasn’t heeded concerns that companies based abroad could one day decide the country is too politically unstable, especially after a 2016 coup attempt that prompted the government to seize the assets of those with even tangential ties to the putsch.

“Erdogan seems to think that advanced industrial democracies and their greed protects him from any exposure,” says Selim Sazak, a Washington-based fellow at the Delma Institute, an Abu Dhabi think tank. “He says, ‘If the Dutch don’t like it, let Unilever close shop. If France doesn’t like it, Renault can leave.’” But it’s a dangerous game, and though companies that have already set up would be reluctant to pull out, Erdogan’s erratic politics could dissuade new investors.

Tax the middle class: Most developed countries see the middle class as the engine of economic growth and innovation. But Turkey under Erdogan has experienced regressive tax policies that reward the poor and rich at the expense of consumers and civil servants, the mostly secular and urban classes that don’t vote for the Justice and Development Party anyway. Consumption taxes of 18 percent finance much of the economy, while civil servants and salaried payroll workers have their taxes deducted at the source. Indirect consumption taxes levied on consumers make up 70 percent of Turkey’s tax.

Meanwhile, the poor and lower-middle class access government-funded foundations that provide services that range from meal giveaways to remedial education. “Erdogan supporters are more entrepreneurial than the middle class — small-time shopkeepers, self-employed,” Sazak says. “For those people, the taxation is much less anyway. The income tax is self-reported.”

At the same time, regular tax amnesties for corporations and big businesses alleviate the burden on the rich, and experts say they encourage delinquency but also tie the ownership class to the ruling party. Since Erdogan’s party came to power in 2002, the government has offered seven tax amnesties. “If you repeat them again and again, you create the expectation that I should not pay my taxes,” Yesilada says.

“I would call it a Robin Hood strategy,” Sazak says. “Take from your enemies, and give to your supporters.”

Foreigners are behind Turkey’s economic troubles: Even after Erdogan stood aside to let his financial team raise an important lending rate on Wednesday, he framed it as a way of fighting the dollar, and his deputies described the lira’s woes as part of a conspiracy by unnamed conspirators meant to hurt Erdogan politically, tapping into Turkish nationalism.

“Those who believe that by manipulating the dollar they will lead to results that will harm the nation and their pockets and change the election result, are mistaken,” Deputy Prime Minister Bekir Bozdag said on state TV, while Erdogan’s son-in-law, Energy Minister Berat Albayrak, described the slump in the currency as an “externally planned operation.”

Leverage the state: Unlike Saudi Arabia, Turkey has no massive oil wealth or surplus of foreign currency to finance ambitious projects. Yet it set up a sovereign wealth fund in 2016 to use publicly owned assets as collateral to raise money for projects. It hasn’t been a success, but Turkey has repeatedly used publicly owned properties — especially land — to raise capital for other uses. It is also toying with using the country’s flag carrier, Turkish Airlines, and the postal service to raise money.

“Turkey doesn’t have a current account surplus, it doesn’t have natural resources,” Demir says. “It’s unusual for a country like that to have a sovereign wealth fund.”

“Who are you” to rate my credit? In January, the bond rating agency Fitch announced it was closing its Istanbul office amid a torrent of negative comments by Erdogan about the international firms that assess Turkey’s creditworthiness. Erdogan has repeatedly railed against ratings agencies such as Fitch, Moody’s, and Standard & Poor’s, arguing that investors should ignore them when they downgrade Turkey’s creditworthiness, moves he describes as politically motivated. “It is none of your business whether or not the constitution vote is held,” Erdogan said last year, addressing the credit rating agencies. “Who are you?”

Such talk makes investors cringe. “It’s not very helpful,” says Timothy Ash, an emerging markets strategist at BlueBay Asset Management. “The ratings agencies have a job to do. Taking them on is not a very clever thing to do. It’s just making the situation worse.”

Greer, of Fidelity International, says that questioning the number-crunching of the ratings agencies makes investors worry the country’s leadership was ignoring reality. “The numbers don’t lie,” he says. “It gives investors the impression that Turkish authorities are not recognizing the imbalances.”

Behind Erdogan’s hostility toward the credit-ratings agencies as well as the unrelenting stream of conspiracy theories blaming foreign outside powers for Turkey’s economic misfortunes lies resentment against the same global financiers who, ironically, bankrolled the country’s spectacular rise and are having second thoughts now.

“He sees the financial class as inherently corrupt, and he feels he needs to police them,” Sazak says. “Behind those ideas there are very strong anti-Western and anti-Semitic tinges. It’s a signal. When he talks about the interest lobby that conversation reverberates among his supporters as this grand conspiracy of the Judeo-Christian foreigners.”