Iran warns US against disrupting fuel shipments to Venezuela 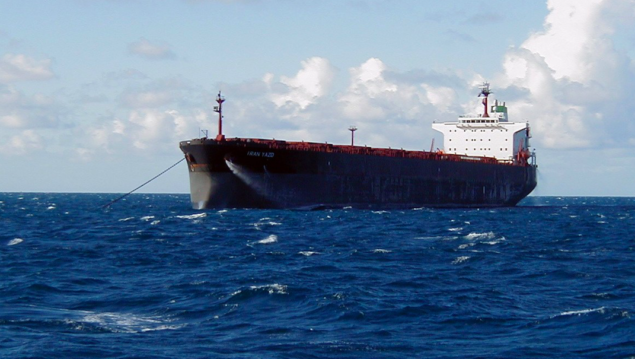 The Swiss ambassador, who represents Washington’s interests in Tehran, has been summoned to communicate ‘serious warning’

Iran’s foreign minister on Sunday warned the US against deploying its navy in the Caribbean to disrupt Iranian fuel shipments to Venezuela.

In a letter to United Nations chief Antonio Guterres, Mohammad Javad Zarif warned against “America’s movements in deploying its navy to the Caribbean in order to intervene and create disruption in the transfer of Iran’s fuel to Venezuela,” AFP reported.

He said that any such action would be “illegal and a form of piracy,” according to a Foreign Ministry statement. Zarif added that the US would be responsible for “the consequences of any illegal measure.”

Zarif’s deputy summoned the Swiss ambassador, who represents Washington’s interests in Tehran, to communicate Iran’s “serious warning”. Abbas Araghchi said any potential threat to Iran’s tankers would be met with a “quick and decisive response.”

At least one tanker carrying fuel loaded at an Iranian port has set sail for Venezuela, according to vessel tracking data from Refinitiv Eikon last week, Reuters said.

Iran’s Fars News claimed on Saturday that it had received information four US Navy warships were in the Caribbean for a “possible confrontation with Iran’s tankers.”

A senior US official told Reuters on Thursday that the United States was considering measures it might take in response to Iran’s shipment of fuel to crisis-stricken Venezuela.

Elliot Abrams, the State Department’s Venezuela envoy, has alleged that Caracas is paying Iran in gold to restore its troubled oil sector.

The US has imposed unilateral economic sanctions aimed at ending oil exports by Iran and Venezuela, both major crude producers.

Venezuela has the world’s largest proven oil reserves, but analysts say that the sector operates well below capacity.

The country is in desperate need of petrol and other refined fuel products to keep it functioning amid an economic collapse under socialist President Nicolas Maduro. Venezuela produces crude oil but its infrastructure has been crippled during the economic crisis.

Iran has also taken a hit from renewed US sanctions after President Donald Trump pulled out of a nuclear accord in 2018.

Maduro has withstood more than a year of US-led efforts to remove him and retains the support of the military.

Iran has repeatedly expressed support for Maduro against opposition leader Juan Guaido, who is recognised by 60 nations as interim president amid reports of irregularities in Maduro’s 2018 re-election.