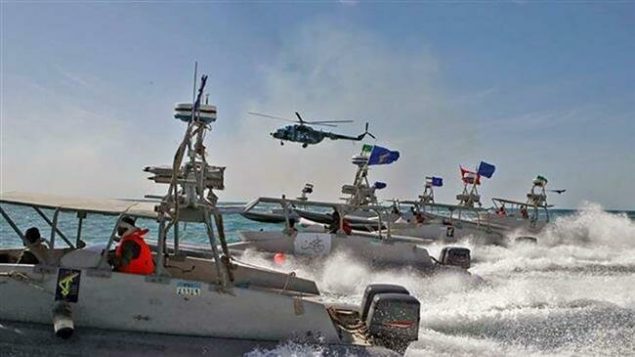 US officials have told CNN that Iran has seized a second tanker, the British-owned, Liberian-flagged MV Mesdar.

There is unconfirmed news about the second British tankers "Mesdar" that has also been seized by #IRGC in #PersianGulf pic.twitter.com/BQQavPddQV

Iran’s Islamic Revolution Guards Corps (IRGC) announced in the late hours of July 19 that its naval units had captured a British oil tanker in the Strait of Hormuz.

The Guards said in a press release that the tanker, Stena Impero, was seized for breaching international maritime law while crossing the Strait of Hormuz.

Stena Impero’s operator Clyde-based Northern Marine Group (NMG) confirmed in an offical statement that the tanker was taken over by force. The group said that 23 seafarers were aboard the tanker when it was captured.

“At approximately 1600 BST on 19th July UK registered vessel Stena Impero (built 2018, 49,683 DWT) was approached by unidentified small crafts and a helicopter during transit of the Strait of Hormuz while the vessel was in international waters. We are presently unable to contact the vessel which is now heading north towards Iran,” the NMG’s statement reads.

In its first response to the Iranian move, the UK’s Ministry of Defence said that it is looking for further information on the incident.

Stena Impero was likely captured by the IRGC as a response to the UK seizure of Iran’s supertanker, Grace 1, off the shores of Gibraltar, earlier this month. Senior Iranian officials, including the country’s Supreme Leader, had warned the UK that Iran will not tolerate such moves.