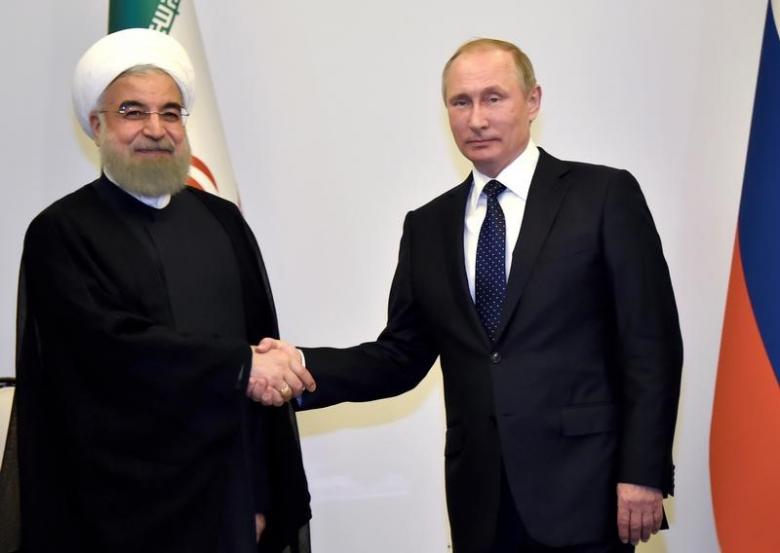 An interim agreement on free trade, seen as the biggest ever for Iran, has been approved with the EAEU, under which the two sides will be decreasing or removing export-import duties from bilateral trade. It is expected to take effect early in 2019.

Earlier this month, an interim agreement on free trade between Iran and the Eurasian Economic Union (EAEU) was approved at the regional body’s summit in the Russian city of St. Petersburg. After relevant legal procedures in Iran are fully carried out, the deal is expected to take effect as of early 2019.

Seen as Iran’s biggest ever deal on free trade with foreign partners, the document is aimed at the formation of a full-scale free trade zone between Iran and the EAEU member states, under which the two sides will be decreasing or removing export-import duties from bilateral trade. Meanwhile, within one year into the provisional deal’s implementation, negotiations on a full transition and perpetuating the agreement will kick off and are scheduled to be concluded by 2020. In case of failure within that time frame, the two sides will then decide on whether to maintain the interim agreement, which can end up in the attachment of a protocol.

Holding 84% of the EAEU’s gross domestic production, Russia is the body’s leading member state. Iran has in recent years turned into Russia’s geopolitical partner and is now seeking to become its geo-economic one as well. With the recent reimposition of US sanctions on Iran following the former’s withdrawal from the Joint Comprehensive Plan of Action (JCPOA), Tehran has been trying to boost business with Moscow and has prioritized that in its economic diplomacy. To that end, Iran is determined to both augment and consolidate non-oil exports to Russia.

Yet to turn into Russia’s geo-economic partner in particular, and to become a close business ally of the EAEU in general, Iran faces a complicated and lengthy process. The country’s foreign trade statistics for March-November 2018 reported $236.3 million in exports to the union member states. During the same period, Iran imported commodities worth $807 million from them, of which $723 million was Russia’s share. The EAEU member states were the destination of 1% of Iran’s total exports, while they made up 3% of the entire volume of commodities imported by Iran.

Russia has been Iran’s 22nd export partner, while standing ninth on the list of countries Iran imported goods from. Imports from Russia also witnessed a 76% jump compared to the same period in 2017. Iran also doubled its imports from the EAEU member states. The bulk again belonged to Russia that grabbed 75%. Likewise, Russia was the key market for Iranian commodities. Of the EAEU’s 1% share of Iran’s total exports, Russia held 49%.

Fifty-six percent of Iranian crude is destined for its neighbors. However, three of those neighbors, while being in the EAEU, maintain a considerably low share of Iran’s overall foreign trade. Furthermore, despite leading the EAEU, Russia’s trade with Iran has not witnessed significant growth during the past decade (March 21, 2008-March 20, 2018). In contrast, during the same period, Afghanistan’s trade with Iran, for instance, doubled. Those figures indicate that the Iran-EAEU trade agreement is just a very first step on the tough path of bilateral trade.

On another front, Iran is also going the extra mile to play the big part in the North-South Transport Corridor and act as a link between the two giant regional economies, namely Russia and India, and pursue developing ties with the countries in the north and south of the Eurasia region. Conscious about its geo-economic standing, Iran is also preparing ground to play host and facilitator for India-EAEU economic relations.

With their shared engagement, Iran, India and Russia follow common interests in the implementation of the transport corridor megaproject. According to Iranian officials, Russians have already allocated 3 billion euros ($3.4 billion) to advance the project’s rail construction.

And more has yet to come. New Delhi has assumed a $500-million obligation to develop Iran’s southeastern strategic port of Chabahar. It is now also enjoying exemption from US punishment, which could slap any entity over trade with Iran. The other partner in the project — Azerbaijan — has approved the injection of $500 million into the Rasht-Astara railway, and that comes before the launch in the coming months of the key Qazvin-Rasht rail connection. With those steps taken one after another, the strategic corridor seems to be just around the corner and once opened, it is expected to give a tremendous boost to the volume of Iran-Russia and Iran-EAEU trade.

As Iran and India are negotiating a preferential trade agreement, the latter is also talking free trade with the EAEU. If a deal is on the horizon between India and the EAEU, then Iran will find fresh opportunities to further expand ties with the EAEU member states and improve its geo-economic status by facilitating Russia-India interactions.

At a macroscopic level, Iran’s trade deal with the EAEU, its relentless efforts to speed up the North-South Transport Corridor megaproject and its special focus on the development of the port of Chabahar fall within Iran’s overall Look East approach. In the fallout of Washington’s JCPOA withdrawal, this has taken an even faster track in Iran’s foreign policy and has been translated in expanding ties with Russia, India and China. Beyond doubt, for Iran to become Russia’s and the EAEU’s geo-economic partner, the process cannot be completed overnight. Having recognized the increasing value of its eastward approach, however, Tehran will not stop intensifying efforts to reach the goal.