Iran faces US aggression and European hypocrisy, but this time it’s ready 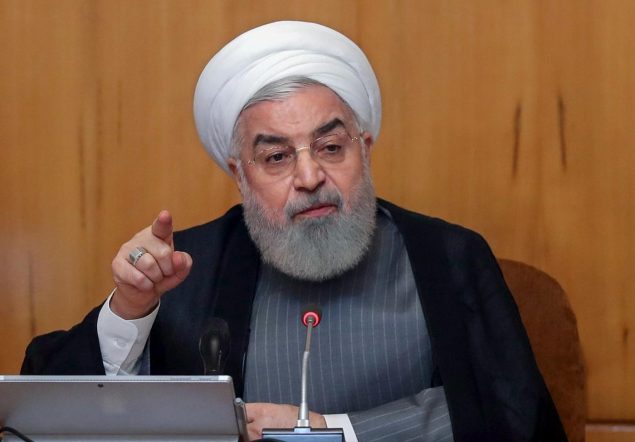 Although the European Union have formally remained committed to the nuclear deal, they have demonstrated nonchalance towards their obligations by permitting each and every unilateral sanction imposed by Washington to be fully implemented across Europe.

There is no reason to expect that a declining and desperate empire will conduct itself in a civilised manner. Iran is prepared for the worst.

Leaders and politicians of the self-proclaimed free and civilised world – along with some human rights organisations, major media outlets, and state-affiliated public figures – express their unique form of collective inhumanity through absolute silence. After all, repeated threats of a nuclear holocaust and genocide by Israeli Prime Minister Benjamin Netanyahu and Trump are deeply imbedded in western civilization’s centuries-old tradition of colonisation, mass slaughter and moral absence.

The global net of starvation sanctions, bullying, and military interventionism led by the US, is glossed over with mammoth globs of humanitarian jargon and moral righteousness.

Nevertheless, despite endless provocations and collaborations, the US still finds itself lagging behind its allies in the realm of hypocrisy, where the European Union and other western regimes continue to reign supreme.

For well over a year, Iran demonstrated strategic patience despite a consistent escalation in the US economic war on Iranian women and children

While the US frequently and erratically turns to crude aggressiveness, Europeans passionately engage in endless dialogue, unofficial so-called Track II endeavours, and rebuke their “unsophisticated and reckless” American allies in private and semi-private conversations with Iranian scholars and officials. However, when push comes to shove, they faithfully stand by the US.

As soon as Trump withdrew from the nuclear deal, European Union leaders pleaded for Iran not to retaliate, promising an acceptable solution within weeks. For well over a year, despite mounting internal opposition, Iran demonstrated strategic patience in the face of a constant escalation in the US economic war on the Iranian people.

Facing mounting costs, many cancer patients, among others facing life-threatening diseases, went without medication in order to spare their loved ones from financial destitution. This is economic terrorism and a war crime.

Although the European Union formally remained committed to the nuclear deal, they demonstrated nonchalance towards their obligations by permitting each and every unilateral sanction imposed by Washington to be fully implemented across Europe. 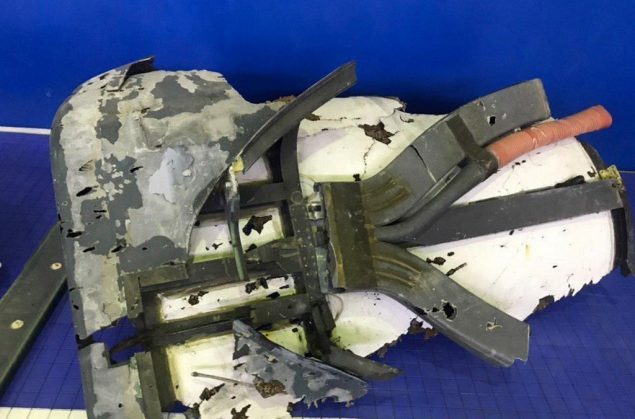 Meanwhile, they repeatedly warned Iran to fully adhere to its nuclear commitments. Even as they made a mockery of the deal, they audaciously mimicked US demands for more nuclear and non-nuclear related concessions; thus, exposing their tribalistic conceptualisation of integrity.

While Iran’s patience (combined with Trump’s brazen behaviour) significantly dented many anti-Iranian western narratives, this was simultaneously misinterpreted by the Empire as a mark of weakness.

Hence, the upsurge in US aggressive posturing, ultimately leading to the humiliating downing of a $200m US drone in Iranian territorial waters, with a $20,000 Iranian-designed surface-to-air missile.

Ironically, just days before the RQ-4A Global Hawk came crashing down, the US special representative to Iran, Brian Hook, in typical orientalist fashion, claimed that Iranians photoshopped images of their defence capabilities.

The Iranians and their resourceful allies have repeatedly demonstrated that they are sophisticated enough to outwit and outmanoeuvre their imperial tormentors across the region. However, this particular technological achievement was not even envisaged in the Eurocentric world of western intelligence services.

It is imperative that European and American policymakers confront their racist dispositions and carefully reflect upon the future before forging ahead with plans and provocations to undermine Iran. In Virgil’s Aeneid, Anchises says to Aeneas: “Remember, Roman, it is for you to rule the nations with your power, (that will be your skill) to crown peace with law, to spare the conquered, and subdue the proud.”

Cultural chauvinism aside, during the height of empire, western powers have left behind no legacy where subjugated peoples were spared and nowhere have they shown respect towards native populations. Thus, there is no reason to expect that a declining and desperate empire will conduct itself in a civilised manner today. 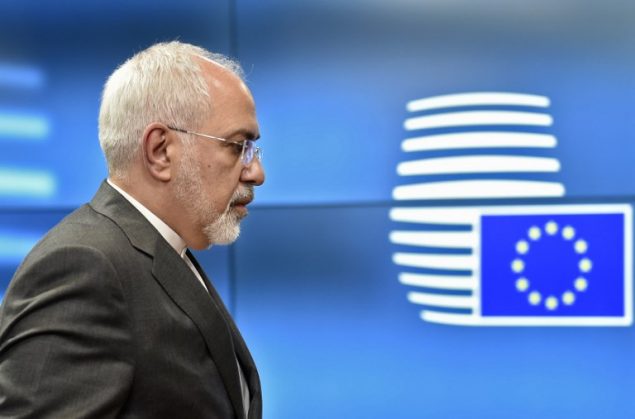 In their incurable ignorance, western-affiliated “Iran experts” paradoxically claim that the Iranian “regime” is both fanatical and apocalyptic as well as corrupt and self-preserving. While this analysis is far more self-revelatory than enlightening, it is the foundation of a potentially fateful miscalculation.

Iran has been constructing a vast network of underground military facilities alongside its southern shores from Iraq to Pakistan in anticipation of possible western aggression since the illegal US occupation of Iraq.

As the downing of the drone has demonstrated, it is also empowered with very sophisticated military capabilities and has both the will and means to confidently engage forcefully with a belligerent power.

Iran has said that it will confront any aggression. Be confident that it will respond to any military strike with a massive and disproportionate counterstrike targeting both the aggressor and its enablers.

All-out war would mean the obliteration of all oil and gas installations as well as all oil tankers and cargo ships on both sides of the Strait of Hormuz. Under such circumstances, the closure of the Strait would be a sideshow.

Iranian President Hassan Rouhani said last month that Iran does not welcome confrontation nor does it desire war. It has, nonetheless, worked hard to establish military deterrence specifically to prevent such circumstances, as history has shown western inclination towards violence can only be constrained through strength.

Western establishment politicians and pundits seem to thrill at threatening to send nations back to the stone age. But be sure that if there is war, this time around Iran and its allies will make sure they come along for the ride.