Iran: An Indispensable Ally In The War On Terrorism 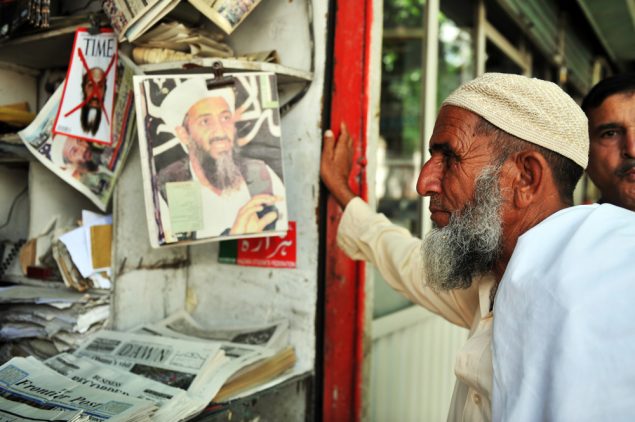 With hardliners in the Trump administration poised to apply “maximum pressure” on Iran, it is important to refresh the U.S political establishment’s memory and dispel false news that has been deliberately disseminated in preparation of direct confrontation.

After the United States cut its ties with Iran in 1979, American diplomats were instructed not to engage with any Iranian official in bilateral settings. They could just talk to their Iranian counterparts in the framework of multilateral meetings, on broad issues unrelated to Iran-U.S. relations. But geopolitical imperatives and realities on the ground have always compelled U.S. presidents to sidestep this policy at some point during their terms and directly engage Iran on important security issues. All U.S. presidents from Reagan to Obama eventually heeded this “reality check.”

Of all the cases of unavoidable “bilateral engagements,” the most telling one is the case of Afghanistan after September 11, 2001. After the horrific attacks on New York and Washington D.C, it didn’t take long for U.S officials to realize that they could not easily topple the Taliban/al-Qaeda duo in Afghanistan and form a transitional government to replace them without Iran’s military and political assistance.

As James Dobbins—the Bush administration’s special envoy for Afghanistan—has put it, contrary to the popular perception, the United States did not spend the weeks following 9/11 to form a broad international coalition to overthrow the Taliban. Rather “it would be more accurate to state that the United States moved to join an existing coalition that had been trying to overthrow the Taliban since the mid-1990s.” That coalition, as it happens, had been formed by Iran, which had since the mid-1990s offered the main logistical, financial, and political support to over 15,000   anti-Taliban, anti-al-Qaeda fighters on the ground in the Northern Alliance.

Likewise, by U.S. admission, it was again Iran—through the intervention of its then special envoy, Javad Zarif—who broke the political stalemate among different Afghan factions at the Bonn Conference, while the military campaign was still ongoing. “Finally Zarif stood up,” recalls the U.S. envoy, “signaled Qanooni [the Northern Alliance delegate] to join him in the corner of the room. They spoke in whispers for no more than a minute. Qanooni then returned to the table and offered to give up two ministries.” This was the concession that ultimately paved the ground for the emergence of an interim government, headed by Hamid Karzai, to replace the outgoing Taliban regime.

With hardliners in the Trump administration poised to apply “maximum pressure” on Iran, it is important to refresh the U.S political establishment’s memory on this particular historical episode and dispel false news that has been deliberately disseminated in preparation of direct confrontation:

During the run-up to the U.S military intervention in Afghanistan, one of us (Seyed Hossein Mousavian) was the head of the Foreign Relations Committee at Iran’s Supreme National Security Council. The Committee, as he witnessed, spent countless hours evaluating the pros and cons of cooperating with the U.S military in Afghanistan. Despite the bitter history and the bad blood between the two governments, most Iranian high officials, including prominent Revolutionary Guards (IRGC) commanders, concurred that Iran should give cooperation with the United States a chance and use the opportunity to assess whether Americans could be trusted until Afghanistan was clear of terrorist elements and fully stabilized. The model could then be replicated, or so Iranian officials thought, and serve as a blueprint to jointly tackle similar and future security challenges in the region.

The Bush administration rewarded Iranian cooperation by placing Iran in its co-called axis of evil. Iran walked out in disappointment and left the United States alone to deal with its “Afghan problem.” Saudi Arabia and other U.S “allies” covertly propped up the Taliban and al-Qaeda affiliates as they regained control over large swathes of Afghanistan. Today, after 17 years, the current U.S. administration is desperately soliciting the Taliban in order to “negotiate” its way out of Afghanistan. Had the United States not committed the strategic blunder of ignoring Iran’s regional status and stabbing the country in the back, things could have turned out very differently.

Some in Washington are trying to make a legal case for war on Iran by falsely linking the country to al-Qaeda. They believe that making this association would entitle the president to use force against Iran under the 2001 Authorization for Use of Military Force (AUMF), albeit under an unjustly expansive interpretation of the law. This AUMF is the congressional resolution that allowed the United States—in cooperation with Iran—to use force against those responsible for the attacks on September 11 and any “associated forces.”

Aside from enhancing the probability of a military confrontation with Iran, this unfounded accusation would prompt Saudi Arabia to double down on its covert support for al-Qaeda. The Saudis would presume that the more they prop up al-Qaeda and its associates, the more likely their regional rival Iran will become a U.S target. The security consequences of this blunder would affect Americans more than anyone else in the long run.

Along with the antagonistic move of designating Iran’s Revolutionary Guard Corps as a “Foreign Terrorist Organization,” this mistake would also deprive the United States of an indispensable ally in the war on movements like the Islamic States and al-Qaeda. In addition, the United States has recently decided not to renew key “nuclear waivers” that allowed Iran until now to ship out its surplus heavy water and low enriched uranium to third countries in accordance with the terms of the JCPOA. This measure – which would practically obstruct Iran from performing its obligations – may prompt hardliners within the Trump administration to push for military action against the country on grounds of national security, rendering even more improbable the prospect of reaching a peaceful resolution to the current standoff.

If the United States is serious about its war on terrorism, it needs to stop politicizing security and draw on past experiences. If it does so, it’ll realize that Iran is the indispensable partner in the fight against terrorism—if the eradication of terrorism is, indeed, what the United States wants.

Seyed Hossein Mousavian, a scholar at Princeton, is a former head of the Foreign Relations Committee of Iran’s National Security Council, and the author of “Iran and the United States: An Insider’s View on the Failed Past and the Road to Peace.”

Reza Nasri is an international lawyer, foreign policy analyst and frequent commentator on Iranian affairs in Iran and international media.