Interview with A. Zakharchenko: ‘The war can only end in our unconditional victory’ 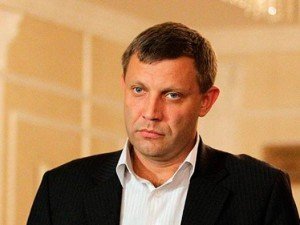 Head of the Donetsk People’s Republic Alexander Zakharchenko – he’s not a politician. He’s not an oligarch. He’s simply a man who became a soldier when the time came. He’s one of us. He’s like the rest of us. Precisely because we are all represented and contained in his story, he became the commander. We gave him the right to speak on our behalf. And on behalf of each of us, he storms cities, sleeps by the fire, opens stew with a knife, and leads negotiations with the enemy.

Valentin Filipov, columnist for PolitNavigator, spoke with Alexander Zakharchenko about the reality of war, the illusory nature of the world, the borders of states and common sense.

Everyday, people are dying. These deaths are difficult to attribute to accident or the stupidity of Ukrainian soldiers. What’s next? Minsk-3? Or no more speaking with anyone about anything? 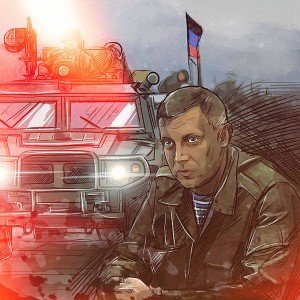 There’s always something to talk about. With whom is another question. I have repeatedly stated that if there is any chance for a peaceful solution to the conflict, our duty is to use this chance. The Donetsk People’s Republic is ready for dialogue. The Kiev authorities are obviously not. You rightly pointed out: shelling continues, people are dying. Each day, citizens of the republic hear cannons. This doesn’t seem like agreement coming from the Ukrainian side.

With regards to ‘Minsk-3’, I am afraid that there are no alternatives  to the memorandum which was signed in Minsk in February. I am sure that stopping the war will not succeed purely by political methods or purely by military methods. Kiev will probably begin to listen to the voice of reason when it is dealt a defeat by our army. Like what already happened after Debaltsevo. 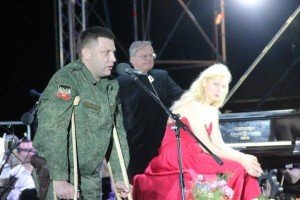 However, when we’re talking about Kiev’s punitive forces, appeals to reason are meaningless. For them, only one thing is important – to hang onto the power which they got by illegal means. For this, they will stop at nothing. So we will not allow a ‘Minsk-3’. That would be stupid, and I’m sure that Kiev will not abide by agreements.

Is there hope for the ‘Normandy format’? Does anyone have any sort of influence on the Kiev junta?

As they say, hope dies last. In Ukraine today, it is fashionable to portray themselves as Europe, listening to European and American curators. It’s possible that the intervention of Paris and Berlin could have some influence on Kiev. Another question is whether or not Europe needs the war in Donbass to cease. European politicians are playing their game and I’m afraid that in this game, Ukraine is just a pawn in a greater geopolitical confrontation with Russia. As long as the war we have is beneficial to Europe, it is unlikely to end. Surely, the war will only stop with our unconditional victory.

If Kiev decides to attack, what is the minimum program for the republics? The borders of the regions? A Greater Novorossiya? Or a ‘coercion to peace’?

I’ve already said more than once that the minimum-program – this is a DPR with the borders of the former Donetsk region. Accordingly, the achievement of this goal will largely be by so-called ‘coercion to peace’. It is unlikely that punitive forces will be able to quickly deal with such a defeat. Most likely, in this case there will again be a ‘Maidan’ in Kiev and different people will come to power. Maybe we can find a common language with them. As for Greater Novorossiya, it’s too early to speak about this. We will decide this question when we win.

It’s not even a question. You know this, but I want to repeat. Not only Mariupol and Slavyansk await you. Kharkov and Odessa await you. Nikolaev and Kherson. Even Tiraspol is waiting for you. What would you like to tell us all? What can we do to help?

We will liberate Mariupol and Slavyansk from the punitive forces for sure. The ranks of the army of the DPR contain many fighters from these cities. As for the rest of so-called Ukraine, I can say one thing. It’s not needed to sit and wait idly by. If you want to get rid of the illegal government, destroy the fascists, and make it so that Ukraine ceases to be a puppet in the hands of the American puppeteers, then you should take a more active position. Nobody will make your life better for you. Ukrainian politicians and oligarchs only need you as cannon fodder to achieve their goals. Victory is not served on a silver platter; victory is produced by sweat and blood. And think further for yourselves – sit and wait or take the situation into your own hands.