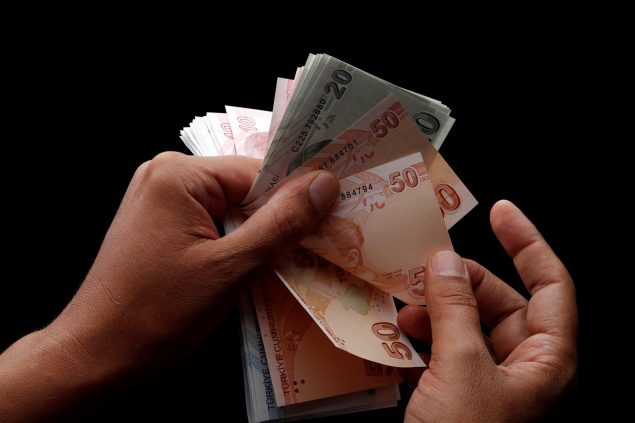 Published a couple of days before Sunday’s local elections, which have been seen by many as a test of AK Party’s popularity across the country, this article suggests that there will be a loss of votes despite the recession, but probably not as great as could be expected.

By Alper Yağcı and Cem Oyvat

As Turkey goes to the polls amid recession, Erdoğan’s control over the media may be his strongest asset.

On March 31st, Turkey will have local elections. In a country with weak local government, these will not change much in people’s lives. But they will serve as a barometer of the political mood. Will Turkey’s economic troubles cost the incumbents votes, signalling a tough time ahead for the president, Recep Tayyip Erdoğan?

Our recent research suggests that there will be a loss of votes, but probably not as great as could be expected. This is because government control over the news media limits voters’ understanding of the economic situation and makes it difficult to imagine alternatives to the current administration.

Economic voting is an issue debated in Turkey. Since Erdoğan’s Justice and Development Party (AKP) came to power in 2002 for the first time, a part of the opposition has accused government supporters of being enamoured of a populist leader, totally disconnected from what happens to the economy. In fact the opponents would have more reason to complain about their own economic experience.

A twin development which has characterised the Turkish economy under AKP rule has been, first, a steady rise in the real minimum wage and, secondly, a convergence of salaries towards the minimum wage, probably because of a decrease in the education premium. Opposition voters in Turkey tend to come from better-educated groups, so they may be right to complain that wages for skilled jobs in the modern sector are looking increasingly like the minimum and incomparably low next to what property speculation can generate.

Between 2010 and 2017, according to official data, the bottom 40 per cent or so of the population, in addition to a small group at the top, saw the highest proportional increases in their incomes. Those on upper-middle incomes also saw an increase but much less.

Surveys show that it is precisely this latter group which tends to vote for the secular opposition. In other words, government supporters, even if they are attracted by Erdoğan’s charisma or his religious rhetoric, have also seen their economic aspirations relatively well served during his terms. This has been a significant consideration behind their voting behaviour.

Indeed, there is evidence that in Turkey economic slowdown costs incumbents votes. Following the global recession, the AKP vote share plunged in the 2009 local elections. The next two years witnessed rapid recovery, such that before the 2011 election the incumbents were able to campaign on the idea that Turkish people had never had it better. The party achieved its highest vote share ever.

Growth was slower before the June 2015 election and this cost the AKP its absolute majority in the parliament—only thanks to a snap election, following security threats, was the majority regained. In the June 2018 election, again, a deteriorating economy translated into a substantial loss for the party in terms of vote share.

So, Erdoğan’s AKP is not an exception to the workings of the economic voting mechanism—and the situation today looks dire. During the last year, non-agricultural unemployment has increased by over 3 per cent, to hit 14.9 per cent, and the inflation rate stands at 20 per cent. Moreover, industrial production declined throughout the last quarter of 2018, and data on business confidence hint that a recession in manufacturing continued into early 2019.

These would be worrying signs for Erdoğan and his party. Even in Russia, which has a regime that is much less competitive than Turkey’s, we know that Vladimir Putin’s approval rating follows voter satisfaction with the economy.

But one factor that elected autocrats like Erdoğan and Putin are introducing into the equation is government control over news media, which limits what voters can hear about the economy. Pushing media groups into submission with carrots and sticks, Turkey’s president has created a media milieu mostly unwilling to criticise the government. This should have important consequences for voter behaviour and, in a recent study, we shed light on this issue.

Using data collected for two years with repeated nationally representative surveys, we found that Turkish people’s perceptions of economic change were influenced by real growth in their incomes. In other words, the alleged ‘reality disconnect’ is not valid. Nonetheless, we also found that exposure to relatively pro-government media biased respondents’ perceptions of the economy upwards.

When we asked people to guess the average increase in prices over the last year, the audience of the relatively more pro-government TV channels offered estimates which were 7-8 percentage points lower than those of others, regardless of their political views. Comparing two hypothetical individuals, both of whom voted for the incumbents in the last election, and whose incomes grew at the same rate from the same base over the last year, the one who watched the news on pro-government TV was more likely to have a more positive assessment of both their own pocketbook and the Turkish economy.

In addition, they would be likely to think that the economy would have been worse if the incumbent were to be replaced, even if they reported dissatisfaction with the current situation. In other words, when the economy tanks, people notice it, but if they are getting their news from particular TV channels they are less likely to imagine a political alternative.

Looking ahead to March 31st, Turkey will go to the polls in the worst economic conditions recorded since the global recession. Yet the government’s hold over the media is now more complete than ever. After we finished our research, a pro-government business group purchased the biggest media company associated with the secular opposition—and changed its editorial policy immediately. Moreover, fearful of losing voters to an alternative right-wing party, the AKP has made an electoral alliance with the ultra-nationalist MHP, which should help preserve the voter block intact. Turkey’s incumbents are likely to lose votes—but, rather than heralding change, this may remain for them a transitional challenge of manageable proportions.