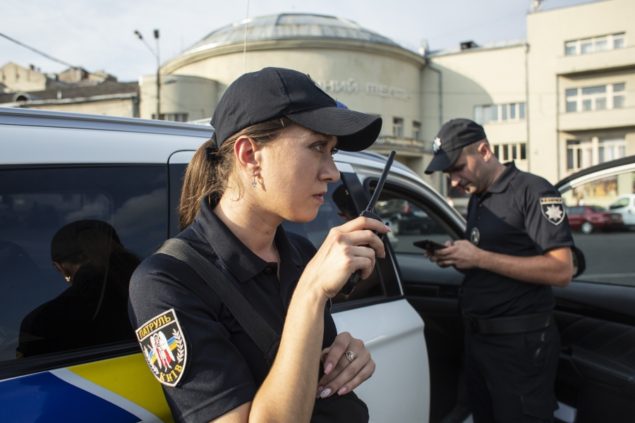 The reasoning given is to “fight international organized crime groups”. The letter says:

Ukraine’s National Police department demanded from the Jewish community of Kolomiya to provide police the list of all Jews with addresses and mobile phones and Jewish students in universities with addresses and phones. It is explained as fight against transnational criminal gangs pic.twitter.com/re7foVcgHi

The letter is signed by Myhaylo Bank, a high-ranking officer in the national police force who handles organized crime. The letter did not explain his unit’s particular interest in Kolomyya’s Jews.

Then it turned out that not everything was in order and the main headquarters of the police began an investigation into why the Ivano-Frankivsk police department requested the list.

National Police of Ukraine have launched an investigation on why Ivano-Frankivsk police department had demanded a list of all Jews in Kolomiya city with mobile phones and addresses. The announcement came after the Israeli Ambassador Mr.Joel Lion's intervention in the matter.

Just after I brought this letter to the attention of @APUkraine, @MFA_Ukraine & @MVS_UA . I received phone calls from the highest officials of #Ukraine strongly condamning this act of #Antisemitism. We will work together to better educate Police about Antisemitism. 🇺🇦🤝🇮🇱 pic.twitter.com/dnFFbsI6yR

“It’s a total disgrace and open anti-Semitism,” Dolinsky told the Jewish Telegraphic Agency. “It’s especially dangerous when it comes from a law enforcement agency that we have to fight the very thing it is perpetrating.”

He also said that he has had no explanation yet from Ukraine’s national police.

“After my tweet and intervention of the Israeli Ambassador in Ukraine, they started an investigation. I was told that all police officials related to the letter were called to Kiev. We believe that there was a document behind this letter which they received from the centre. Everyone is already informed and we are waiting for an official explanation,” Dolinsky said.

The US Senate also issued a swift statement condemning the actions and expressing its surprise at it.

The US Senators statement on events in Kolomiya: “We urge the Government of Ukraine to investigate this incident, hold those responsible accountable, and recommit to joining us in countering anti-Semitism in all its forms.” pic.twitter.com/yMDo3IjPdi

Of course, all of this comes as some sort of a surprise, despite, Lviv being located in Western Ukraine, which at this point is infamous with its various monument to Nazi collaborators (deemed “national heroes”), and the Ukrainian government clearly allowing the Nazi-infested volunteer battalions to do as they please and lead the country’s general policy in regard to Eastern Ukraine.

Following numerous reports that dub Ukraine as the “global Nazi hub” stories such as these are surprising, and not seen since the “Nazi invasion of Ukraine.” The narrative, however, is that these are isolated incidents, and the “Nazi invasion of Ukraine” didn’t fester for 70 years and is still present there and not really an invasion, but rather a somewhat popular ideology.

This time the attempts to carry out these actions didn’t pass, but how far off in the distance is some sort of identification to allow for easy separation of people? Like some sort of golden circle, or another figure, maybe a star?