In Hong Kong, who is torturing whom 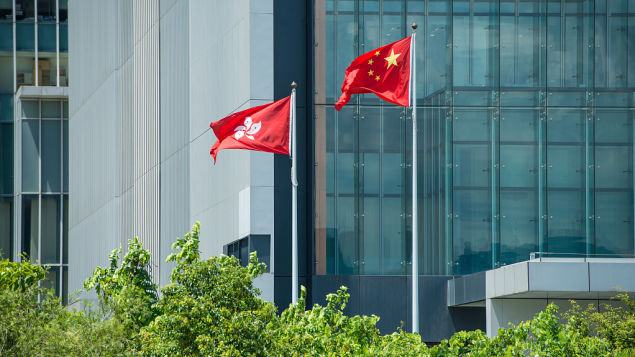 Having worked in Hong Kong for several weeks, I can testify that the unrest has been provoked, financed and supported by outside, particularly by the West. The governments of the US and some European countries (as well as Western NGOs) have been deeply involved in triggering and escalating the conflict. The same could be said about the mainstream Western media.

While the rioters in the Hong Kong Special Administrative region are becoming increasingly violent and uncompromising, the US Senate is refusing to withdraw its support for them. Instead, the United States is trying to quickly pass legislation which would literally put under the microscope the so-called “Hong Kong special treatment by the US”. And the latest development is: the US Senate on Tuesday unanimously passed the so-called “Hong Kong Human Rights and Democracy Act”.

If the bill eventually becomes a law, the legislation will be extremely hostile toward China, and will be unacceptable by international law. It will also defy all common sense.

While protests and demonstrations are now raging in many parts of the world, from Iraq and from Lebanon to Chile, what is taking place in Hong Kong is definitely a “special case” — by no means a spontaneous uprising.

Having worked in Hong Kong for several weeks, I can testify that the unrest has been provoked, financed and supported by outside, particularly by the West. The governments of the US and some European countries (as well as Western NGOs) have been deeply involved in triggering and escalating the conflict. The same could be said about the mainstream Western media.

Despite all this, Hong Kong police have been acting in a very reasonable, conciliatory way, using relatively mild tear gas and clean (potable) water to disperse the rioters, that too only when the situation was about to get dangerous and when the rioters were becoming extremely violent and destructive.

Of all the conflicts that I have recently witnessed and covered (Chile, Lebanon, Bolivia, France), the one in Hong Kong has been definitely the mildest when it comes to the response of law enforcement officials.

However, the rioters have been extremely brutal, a fact that is almost never mentioned by Western journalists. Rioters are beating, humiliating and torturing so many law-abiding residents of Hong Kong, for simply expressing their allegiance to the People’s Republic of China.

When encountering rioters (described in the West as “pro-democracy protesters”), I have witnessed arrogance, ignorance and great intolerance. There is nothing “democratic” in their behavior; they recognize their own “truth” as the only truth. Those who disagree with them risk their lives.

Let us look closely at the official site of the US Congress and its “Hong Kong Human Rights and Democracy Act of 2019”. It states, among other things: “The President shall report to Congress a list of individuals responsible for committing acts that violate internationally recognized human rights in Hong Kong, including the extrajudicial rendition or torture of any person in Hong Kong. The bill bars such individuals from entering the United States and imposes sanctions on them.”

Wonderful! If applied honestly, it would mean that the leaders of rioters, such as Joshua Wong, should be banned from entering the US. It is the rioters, not the Hong Kong authorities, who are torturing people.

Unfortunately, the US bill is not about fairness. It is about intimidating and provoking China; about painting China as a country that has to be lectured, sanctioned and “punished”.

One wonders why is the US Congress is hell-bent on interfering in other countries’ affairs when the US has so many domestic problems to solve? How could such behavior further damage the Sino-US relationship? And could it further damage the “US image” in China? Could it be that with clearly declining standards of living in US cities and countryside, the US administration believes it needs to create new “enemies” , in order to avoid scrutiny of its own system?

And can one digest the fact that the US, a country which has the highest number of people behind bars (on a per capita basis), a country that has overthrown many democratically elected governments across the world, is again lecturing China — a nation which has pulled hundreds of millions of people out of poverty, giving them a meaningful life? The greatest sign of “democracy” is when people are not forced to subsist in misery.

Back to the US bill. It says: “The Department of Commerce shall report annually to Congress on China’s efforts to use Hong Kong to evade US export controls and sanctions.”

It sounds as if China is on “parole”. This language is offensive; thoroughly unacceptable. It somehow implies that the US is in position to monitor China, to judge China, and if needed, to “punish China”.

China is the most populous country with five thousand years of history. By many indicators, it is a huge country with rapid developments and great achievements. The US has no right to judge China, especially because Washington has been playing an ugly role in the conflict in Hong Kong, which is an inseparable part of China.

One cannot be a perpetrator of crime, and a judge at the same time.