IMF rejects Venezuela’s request for $5B in virus aid 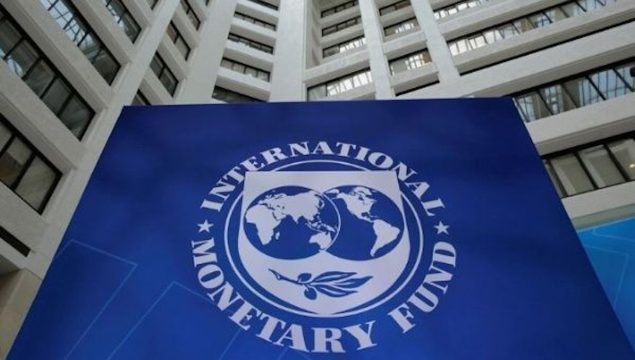 Venezuela’s loan request was the first to the IMF since 2001 | Photo: EFE

The US$5 billion loan President Nicolas Maduro requested from the IMF was intended to strengthen the response capacities of the Venezuelan health system in the containment of COVID-19.

The International Monetary Fund (IMF) rejected Tuesday Venezuelan President Nicolas Maduro’s request for US$5 billion in order to fight the spread of coronavirus in the Latin American country.

An IMF spokesperson said the request could not be considered because there was “no clarity” among its 189 member states on who the IMF recognizes as Venezuela’s rightful leader: democratically elected President Maduro or U.S.-backed lawmaker Juan Guaido.

The resources were meant to strengthen the response capacities of the Venezuelan health system in the containment of COVID-19, as the system has been heavily battered by illegal U.S. sanctions.

“Only under the spirit of solidarity, brotherhood, and social discipline, we will be able to overcome the situation that comes our way, and we will know how to protect the life and wellbeing of our peoples,” said the Venezuelan president in a letter sent to the IMF director Kristalina Georgieva and that Arreaza published on his Twitter account.

The Venezuelan head of State also expressed his conviction that in coordination with the World Health Organization (WHO) and mutual support between the countries of the world, “we will be able to face and overcome this difficult situation,” that has worried all governments, mainly those with poor health systems.

Venezuela’s loan request was the first to the IMF since 2001.