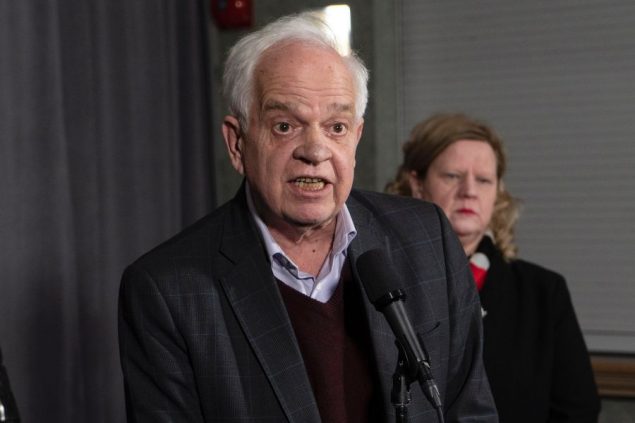 The Canadian diplomat who came under fire for statements about American efforts to extradite the chief financial officer of Huawei has walked back his previous remarks, saying he “misspoke”.

John McCallum, Canada’s ambassador in China, appeared to provide legal advice to Meng Wanzhou, who is fighting extradition to the US over fraud allegations. Saying she had a “strong case”, McCallum outlined numerous weaknesses of the legal proceedings: political interference from Donald Trump, the extraterritorial nature of the charges and the fact that Canada is not party to American sanctions against Iran.

“I regret that my comments with respect to the legal proceedings of Ms Meng have created confusion. I misspoke,” McCallum said in a statement released late on Thursday afternoon. “These comments do not accurately represent my position on the issue. As the government has consistently made clear, there has been no political involvement in this process.”

McCallum’s comments, made to Chinese-language media in Canada, prompted strong criticism from opposition parties – and marked a sharp departure from previous statements from top government officials, with some experts believing they represented in a change of strategy for the government.

As Ottawa navigates an increasingly fractious relationship with Beijing, diplomats and elected officials have been careful to stress the independence of Canada’s judiciary and respect for the rule of law.

Opposition politicians immediately seized on McCallum’s remarks. “If I were prime minister I would fire John McCallum,” said Conservative leader Andrew Scheer, during a television interview with CBC on Wednesday evening. “To have this type of comment is completely unacceptable and he needs to be held responsible for his actions.”

It is not the first time Justin Trudeau has been forced to fend off criticism of McCallum for offhand remarks. Less than a year ago, McCallum created a furore after he favourably compared aspects of Canadian policy to China, at the expense of relations with the US.

On Thursday, Trudeau attempted to refocus attention on the plight of two detained Canadians, rather than discuss McCallum’s future. He said: “Making a change would not help release those Canadians a day sooner.”