How Ukraine commemorates the Holocaust

The U.S.-backed Ukrainian government came up with a curious way to commemorate the 70th anniversary of the Holocaust being brought to an end. The parliament in Kiev voted to extend official recognition to Ukrainian fascists who collaborated with the Nazis in killing Jews.

Though Official Washington and the mainstream U.S. media continue to dutifully ignore the key role played by neo-Nazis in Ukraine’s February 2014 coup and in the post-coup regime’s subsequent military offensives against ethnic Russians in the east, Ukrainian politicians can’t stop their arms from snapping into ‘Heil Hitler’ salutes like the fictional character Dr. Strangelove. They can’t hold back this reflex even as the world stopped this week to recall the Nazi barbarity that claimed the lives of some six million Jews as well as other minorities. 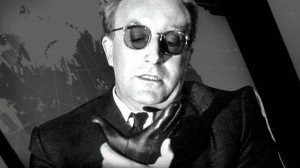 On April 9, the Ukrainian parliament passed a bill making the ultra-nationalist Ukrainian Insurgent Army (UPA) eligible for official government recognition, a demand that has been pushed by Ukraine’s current neo-Nazi and ultra-nationalist movements, the same forces that spearheaded the overthrow of elected President Viktor Yanukovych in February 2014 and then the slaughter of thousands of ethnic Russians who resisted the new order.

Ukraine’s honor-the-Nazi-collaborators vote came amid increased repression of opposition politicians and journalists who dare to criticize the U.S.-backed regime as it moves to repudiate the political settlement envisioned by February’s Minsk-2 agreement and instead prepares for a resumption of the war to crush the resistance in eastern Ukraine once and for all. [See Consortiumnews.com’s “Ukraine’s ‘Poison Pill’ for Peace Talks.”]

Over the past several months, there have been about ten mysterious deaths of opposition figures – some that the government claimed to be suicides while others were clearly murders. It now appears that pro-government “death squads” are operating with impunity in Kiev.

On Wednesday, April 15, Oleg Kalashnikov, a political leader of the opposition Party of Regions, was shot to death in his home. Kalashnikov had been campaigning for the right of Ukrainians to celebrate the Allied victory in World War II, a gesture that infuriated some western Ukrainian neo-Nazis who identify with Adolf Hitler and the Third Reich and who now feel they have the current government in their corner.

On Thursday, unidentified gunmen murdered Ukrainian journalist Oles Buzina, a regime critic who had protested censorship being imposed on news outlets that didn’t toe the government’s propaganda line. Buzina had been denounced by a pro-regime “journalistic” outfit which operated under the Orwellian name “Stop Censorship” and demanded that Buzina be banned from making media appearances because he was “an agent of the Kremlin.”

This week, another dissident journalist Serhiy Sukhobok was reportedly killed in Kiev, amid sketchy accounts that his assailants may have been caught although the Ukrainian government has withheld details.

These deaths are mostly ignored by the mainstream U.S. news media – or are mentioned only in briefs with the victims dismissed as “pro-Russian.” After all, these “death squad” activities, which have also been occurring in government-controlled sections of eastern Ukraine, conflict with the preferred State Department narrative of the Kiev regime busy implementing “democratic reforms.”

But many of those “democratic reforms” amount to slashing old-age pensions, removing worker protections, and hiking the price of heating fuel – as demanded by the International Monetary Fund in exchange for a $17.5 billion bailout for Ukraine’s collapsing financial structure.

Similarly, the decision by the Ukrainian parliament to bend to the demands of neo-Nazi and other ultra-right groups to honor Ukraine’s World War II fascists is also downplayed or ignored by the major U.S. media.

The Holocaust in Ukraine

Ukraine was the site of several major Holocaust atrocities including the infamous massacre at Babi Yar in Kiev, where local Ukrainian fascists worked alongside the Nazi SS in funneling tens of thousands of Jews to a ravine where they were slaughtered and buried.

According to the Jerusalem Post, the Simon Wiesenthal Center has condemned Ukraine’s recognition of the UPA as well as a second bill that equated Communist and Nazi crimes.

“The passage of a ban on Nazism and Communism equates the most genocidal regime in human history with the regime which liberated Auschwitz and helped end the reign of terror of the Third Reich,” said Wiesenthal Center director for Eastern European Affairs Dr. Efraim Zuroff, adding:

“In the same spirit the decision to honor local Nazi collaborators and grant them special benefits turns Hitler’s henchmen into heroes despite their active and zealous participation in the mass murder of innocent Jews. These attempts to rewrite history, which are prevalent throughout post-Communist Eastern Europe, can never erase the crimes committed by Nazi collaborators in these countries, and only proves that they clearly lack the Western values which they claim to have embraced upon their transition to democracy.”

Despite propaganda efforts by the Obama administration and the major U.S. news media to play down western Ukraine’s legacy of Nazi collaboration, one of the heroes honored during the Maidan protests, which led to the Feb. 22, 2014 coup, was Stepan Bandera, a leader of the Organisation of Ukrainian Nationalists (OUN) who worked with the Nazis before falling out with them over issues of Ukrainian independence.

After spearheading the 2014 coup, the neo-Nazi and ultra-nationalist militias from western Ukraine were enlisted as the shock troops to attack ethnic Russian cities in eastern Ukraine, which had been the political base for ousted President Yanukovych. Even though some of those militias sported Swastikas and SS symbols, the mainstream U.S. news media either ignored those inconvenient realities or acknowledged them in the final paragraphs of long stories. [See Consortiumnews.com’s “Seeing No Neo-Nazi Militias in Ukraine.”]

The recognition of the Ukrainian Insurgent Army was demanded last October by Ukraine’s right-wing and neo-Nazi groups, including the Svoboda Party and the Right Sector, which surrounded the parliament in Kiev with 8,000 protesters.

At that time, with U.S. officials sensitive to the image of the Ukrainian government caving in to rioters carrying neo-Nazi banners, the legislation was defeated. However, in recent weeks, with the Kiev leadership leaning more heavily on the neo-Nazis and other ultra-nationalists to carry out the war against ethnic Russians in the east, more concessions are being made to the extremists.

Lurches to the right

These lurches to the right have again been largely ignored by the mainstream U.S. media, which continues to blame the ethnic Russians for not submitting to the post-coup regime in Kiev and to demonize Russian President Vladimir Putin as the supposed instigator of all the trouble.

But the Jerusalem Post noted, “While Jewish worries over anti-Semitism have been on the back burner due to the war [in Ukraine], several recent developments have shown that antipathy toward Jews, or at least indifference toward such attitudes when held by important military or political figures, still exists in Ukraine.

“Last November Jewish organizations expressed their displeasure when it was disclosed that the newly appointed police chief for the Ukrainian province in which Kiev is located came under fire after it was alleged that he had past ties with a neo-Nazi organization.”

The Jerusalem Post also took note of the Kiev regime’s recent appointment of right-wing extremist Dimitri Jarosch [or Yarosh], who organized many of the fighters behind the February 2014 putsch, to be an official adviser to the army leadership.

The larger historical context is that Nazism has been deeply rooted in western Ukraine since World War II, especially in cities like Lviv, where a cemetery to the veterans of the Galician SS, a Ukrainian affiliate of the Nazi SS, is maintained. These old passions were brought to the surface again in the battle to oust Yanukovych and sever historic ties to Russia.

The muscle behind the U.S.-backed Maidan protests against Yanukovych came from neo-Nazi militias trained in western Ukraine, organized into 100-man brigades and bused to Kiev. After the coup, neo-Nazi leader Andriy Parubiy, who was commander of the Maidan “self-defense forces,” was elevated to national security chief and soon announced that the Maidan militia forces would be incorporated into the National Guard and sent to eastern Ukraine to fight ethnic Russians resisting the coup.

As the U.S. government and media cheered on this “anti-terrorist operation,” the neo-Nazis and other right-wing battalions engaged in brutal street fighting against Russian ethnic rebels. Only occasionally did this nasty reality slip into the major U.S. news media. For instance, an Aug. 10, 2014 article in the New York Times mentioned the neo-Nazi paramilitaries at the end of a lengthy story on another topic.

“The fighting for Donetsk has taken on a lethal pattern: The regular army bombards separatist positions from afar, followed by chaotic, violent assaults by some of the half-dozen or so paramilitary groups surrounding Donetsk who are willing to plunge into urban combat,” the Times reported.

“Officials in Kiev say the militias and the army coordinate their actions, but the militias, which count about 7,000 fighters, are angry and, at times, uncontrollable. One known as Azov, which took over the village of Marinka, flies a neo-Nazi symbol resembling a Swastika as its flag.” [See Consortiumnews.com’s “NYT Discovers Ukraine’s Neo-Nazis at War.”]

The conservative London Telegraph offered more details about the Azov battalion in an article by correspondent Tom Parfitt, who wrote: “Kiev’s use of volunteer paramilitaries to stamp out the Russian-backed Donetsk and Luhansk ‘people’s republics’… should send a shiver down Europe’s spine.

“Recently formed battalions such as Donbas, Dnipro and Azov, with several thousand men under their command, are officially under the control of the interior ministry but their financing is murky, their training inadequate and their ideology often alarming. The Azov men use the neo-Nazi Wolfsangel (Wolf’s Hook) symbol on their banner and members of the battalion are openly white supremacists, or anti-Semites.”

Based on interviews with militia members, the Telegraph reported that some of the fighters doubted the reality of the Holocaust, expressed admiration for Adolf Hitler and acknowledged that they are indeed Nazis.

Andriy Biletsky, the Azov commander, “is also head of an extremist Ukrainian group called the Social National Assembly,” according to the Telegraph article which quoted a commentary by Biletsky as declaring: “The historic mission of our nation in this critical moment is to lead the White Races of the world in a final crusade for their survival. A crusade against the Semite-led Untermenschen.”

In other words, for the first time since World War II, a government had dispatched Nazi storm troopers to attack a European population – and officials in Kiev knew what they were doing. The Telegraph questioned Ukrainian authorities in Kiev who acknowledged that they were aware of the extremist ideologies of some militias but insisted that the higher priority was having troops who were strongly motivated to fight. [See Consortiumnews.com’s “Ignoring Ukraine’s Neo-Nazi Storm Troopers.”]

Since the coup, the New York Times and other mainstream U.S. news outlets have decried any recognition of the significant neo-Nazi presence in Ukraine as “Russian propaganda.” So, Ukraine’s new initiative to honor Nazi collaborators – in legislation coinciding with the commemoration of the end of the Holocaust – also must be ignored.

The pro-coup propaganda in the U.S. media has been so pervasive that a powerful “group think” took hold with the Kiev regime revered as white-hatted “good guys,” certainly not brown-shirted neo-Nazis. Or as the New York Times’ dimwitted foreign policy pundit Thomas L. Friedman declared in a column earlier this year, the new leaders of Ukraine “share our values”.

Consortium News is in the midst of its spring fund drive and needs to wrap up and reach its goal. Please consider visiting the website and making a donation. Click here.