How the U.S. army will defeat Russia in a future conflict 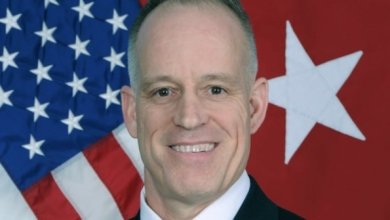 The first of two articles on the strategic defence posture of the two largest military powers. What defines US defence strategy is, and has always been, that it is really an offense strategy. US military leaders view the world as a theatre of endless conflict, even though all they need do to ‘win’ is stop attacking people. Emerging military doctrine has now constructed the category of ‘near-peer adversaries’: the U.S. Army is building the doctrine for wining a conflict with Russia or China. It’s a scary doctrine, not least because it sees every aspect of society as a field of conflict: Russia has ‘created events on the ground’ and ‘turned them into an information war’. Which means if you follow your beliefs, or say what you think – you’re a danger to the military.

As the U.S. pivots from the counterterrorism fight to focus on near-peer adversaries, the U.S. Army is building the doctrine to enable the joint force to win a conflict with a sophisticated enemy like Russia or China.

The Army’s “Multi-Domain Battle” is the future operating concept for military operations in the 2025-2040 timeframe against an adversary that can contest U.S. forces in all domains of warfare —land, air, sea, space, cyberspace, and across the electromagnetic spectrum. To defeat that threat, the U.S. must break down traditional barriers between services and hierarchy of command, according to the man charged with building the concept, Brig. Gen. Mark Odom.

Odom sat down with Aerospace DAILY to discuss what the joint force needs to do to win conflicts in a future contested environment.

Q: The Army’s Multi-Domain Battle concept looks at military operations against a sophisticated peer enemy threat. What does that future threat environment look like?

Odom: First, we make the assumption that we will be contested in all domains—space, air, cyber, maritime, ground—and we will only have short periods of domain superiority. That’s pretty significant because really since the late 1970s or early 1980s we’ve made the assumption that we’d have superiority in all domains, and we’ve made force structure decisions over the last 20-30 years based on those assumptions. We are now learning that those assumptions may no longer be valid.

The second key assumption is that our adversaries are now using proxies, surrogates, and unconventional warfare. That changes the way we think about the battlefield. Our adversaries, principally Russia and China, they’ve expanded the battlefield into an area we don’t really define as war: cyber, space, information, etc.

This gives our enemies the ability to use cyber capabilities, missiles, electronic warfare, things that somebody might have thought were strategic, for very tactical purposes, from well outside of what we would think of as the traditional range of the battlefield. For example, they can figure out, I’m deployed to Iraq and I’m conducting strikes against ISIS, and then they can figure out who my family is and that I live in Washington, DC. So now they can directly affect somebody who is fighting the battle in a much more direct, precise way.

Q: How have our peer adversaries evolved their warfighting strategies?

Odom: One of the thing the concept says is there are three periods: competition, armed conflict and return to competition. It’s a continuum. In competition, the Russians are trying to fracture us, separate us politically and fracture alliances. They are conducting reconnaissance from Eastern Europe all the way to the United States. They are executing an unconventional warfare campaign that is designed to create real events on the ground to support an information warfare campaign, enabled by cyber and space. That is designed to, again, separate nations politically, fracture alliances, and create conditions for campaigns like you saw in Crimea and eastern Ukraine. And underpinning that is a big conventional component.

The challenge is it’s a multi-pronged system that makes it difficult to defeat. It’s also designed to transition immediately to armed conflict, so the notion that we are going to have months or a year to get ready like we did for Desert Storm or Desert Shield is misleading.

Q: What is their strategy to defeat us once a conflict actually begins?

Odom: They try to separate us in time and space. With a lot of these new warfighting systems—cyber, space, information and increasing range of conventional weapons—they can now start either denying or delaying the echelon of forces from the United States. That problem of course is just magnified by the fact that globally we have a reduced presence, particularly in Europe, so it’s going take us a lot of time to get there

Once we get there, the problem is that they are separating the joint force. So what have the Russians done in Ukraine? They’ve established air superiority from the ground. Our air-based intelligence, surveillance and reconnaissance [ISR] won’t survive against the Russian air defense threat. Our close-air support also will not survive in that sort of environment, at least not without lots of suppression of air defense systems. The environment also enables Russian ISR to make their targeting, their fire systems, more accurate, it enables their close-air support attack aviation to attack our ground forces, which don’t have any air defense capability. To compound that, they have electronic warfare, counter-space and Positioning, Navigation and Timing capability. Their goal is to separate us and degrade our ability to communicate.

Q: So that’s the problem. What is the solution?

Odom: It starts in the competition period. We have to defeat the information warfare and unconventional warfare campaigns, we have to deter their conventional capability, and then we have to be able to quickly turn denied space into contested space. Then, we’ve got to be able to conduct maneuver from operational and strategic depth. Many of these threat systems we need to get at are not necessarily close to where our forward line of troops is, so we have to figure out, for example: how do we enable the Air Force to do deep maneuver and deep strike? How do we enable the Navy? The Navy is facing the same problem in the South China Sea because now shore-to-ship missile range is making it difficult for them to get close.

Next is, how do we at the end of the day win the close fight, seize positions of advantage, and consolidate gains? Finally, how do you return back to the competition phase as quickly as possible?

The Multi-Domain Battle concept says the solution is you’ve got to calibrate force posture so you have the right mix of forward deployed forces and forward presence, the right capability to make sure that you can contest and initially create windows of domain superiority by the echelon of additional forces.

We must also employ resilient formations, because there is no safe haven. By that I mean there is no traditional rear area. Every unit has got be able to operate semi-independently and have some sort of multi-domain capability for protection. So in the Army we are building this multi-domain battle task force.

Q: What needs to change within the joint force to enable this new strategy?

Odom: The idea of convergence is one of the things we are really working with the Air Force on. So that is: how do I converge, how do I bring together all these capabilities in a specific point on the ground or in space to enable maneuver?  In practical terms it’s going to be quite revolutionary. The authority and where these capabilities lie are different echelons of command and they belong to different organizations. We need something like an integrated tasking order, not an air tasking order. We need an integrated strike order, not an air strike order.

So conceptually that’s easy to understand but the reality is these capabilities, the authority to employ them, is at different levels. So right now there is nobody who has the authority to issue an integrated tasking order or an integrated strike order. In order to make some of this work we are going to have to think about command relationships very differently than we have in the past. One minute I could be the supporting guy; the next minute I’m the supported guy, in theory.

Q: How do you implement this new concept?

Odom: We are working with the Air Force to figure out: how do we build systems and organization to enable that convergence? How do we reduce rigidity? How do we become more flexible?  The big challenge of having very centralized command and control is, what happens when you don’t have assured communications? You have to be able to execute decentralized command and control.

The tabletop exercises that we’ve begun with the Air Force to solve these problems is the first step. I think we are going have to figure out what’s the solution, what’s the right mix of joint capabilities to solve some of these problems, and then decide on the organization and capability we need.