How market reforms made the NHS vulnerable to pandemics 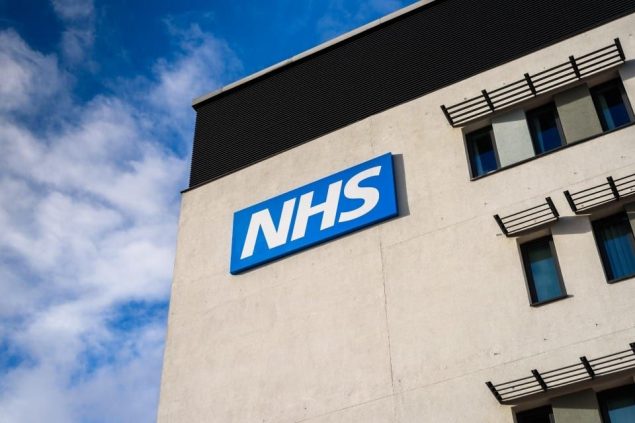 A 2014 report warned that reforms to the NHS would make it vulnerable to pandemics – by making staff redundant, undermining public health and defining spare capacity as waste. It was ignored.

In 2014 a detailed report by two public health experts asked what Andrew Lansley’s Health and Social Care Act, passed two years earlier, meant for the state’s ability to protect its citizens when (not if) the next pandemic arrived.

“The next pandemic,” the authors pointed out, “could arise from H5N1 (‘bird flu’)… or come from elsewhere. When it comes, there may be only a few weeks’ warning before there are significant numbers of cases in the UK.” What the report showed was that although a pandemic was at the top of the government’s civil risk register, the Lansley Act had dramatically increased this risk. Institutional memory and expert resources had been discarded, with no less than 10,000 key NHS staff made redundant. Responsibility for co-ordinating the response to an epidemic had been divided among a variety of agencies with no clear line of central authority, and private providers of NHS care were not subject to central direction.

A few weeks into the Covid-19 pandemic the 2014 report makes prophetic reading. The extraordinary U-turn of March 16, belatedly abandoning the idea of reaching ‘herd immunity’ by doing as little as possible at the cost of unknown thousands of deaths; the conflicting messages coming from different official quarters, such as the suggestion from ‘Whitehall sources’ on March 18 that London ‘might’ be ‘locked down’, compounding the rush to buy food; the confusing messages and hesitant moves towards tighter constraints on daily life; all these testify to the effects of having destroyed the structures that existed before 2012 to enable a government to quickly grasp the implications of what the scientists tell them, speak with a single voice, and act decisively and coherently.

This crucial weakness was compounded by other factors. One was the extraordinary policy influence still exercised at the onset of the pandemic by Dominic Cummings, with his contempt for the civil service and his preference for ‘disruptors’ and ‘weirdos’ over the professional establishment. It required public alarm and the intervention of the MRC/WHO analysts at Imperial College to get the science seriously attended to. Another factor was the intense commitment to market ideology of the Brexiteers in the cabinet, which made them very reluctant to face the choice between losing legitimacy and undertaking a massive expansion of the role of the state. The end result was that by late March, instead of being in the position of South Korea or Hong Kong, the UK was ‘two to three weeks behind Italy,’ where the health service was being overwhelmed and almost 800 people had died in a single day.

The Lansley Act’s conversion of NHS into a system of competing businesses (‘trusts’) made the UK extra-vulnerable to pandemics in two other key ways. One was that it downgraded public health and made it vulnerable to further cuts – in the last five years alone the public health budget has been cut by £700 m in real terms. The other was that a narrow focus on efficiency conceived in market terms displaced a concern with resilience: spare capacity was redefined as ‘waste’. Hence the unforgiveable lack of adequate personal protection equipment for clinicians and care workers, of ventilators (not even included in the stockpiles listed in the latest [1917] flu response framework), and of capacity to quickly produce and administer tests.

The obsession with competition was also a factor in the continued cuts in the number of general and acute hospital beds, taking out over 6,000 of them between 2010 and 2019 and leaving the UK with just 6.6 intensive care beds per 100,000 people today – and a shortage of over 40,000 nurses. At the same time it is important to recognise that the number of intensive care beds needed to treat the thousands of people likely to become dangerously ill with Covid-19 could not realistically be kept in reserve anywhere – ‘beds’ really means clinical staff, and in the case of intensive care, specially trained staff, with a high staff-patient ratio. That is why the ability to make decisive responses, exemplified by China’s rapid movement of medical staff and equipment so as to expand intensive care where it was most needed, is so critical.

The pandemic has also underlined the importance of the state’s general capacity and resources, capable of such feats as China’s instant construction of new hospitals, treated by Western mainstream media as near-miraculous and almost sinister. Certainly no such capacity exists in the UK. As late as March 18 the government was reported to be still “planning to ask” UK companies “to step up, or start, production of the protective clothing on which staff rely.”

The lessons of the crisis for the future of the NHS are not complicated. The 2012 Act must be scrapped and the NHS restored to its status of a coherent public service, without further undermining by private providers. It needs a massive capital upgrade, and a major funding increase to make its staffing levels adequate and rebuild its planning and management capacity. The Thatcherite mantra that ‘there is no money’ is finished. The market in social care also needs to be replaced by an adequately funded public care service, and local authorities must be enabled to restore the range of supporting social services that have been destroyed in the name of austerity. The civil service must be rebuilt to be able to plan. And all these measures need underpinning by a radical democratisation, making management accountable to both staff and local communities. The crisis has shown that the problem is not undemocratic control by experts, but the disregarding of expertise by undemocratic politicians.

Colin Leys is a British political economist who is emeritus professor of political studies at Queen’s University, Canada and an honorary research professor at Goldsmiths, University of London. Since 2000 he has been involved in the defense of the British National Health Service (NHS) against successive government attempts to marketise and privatise it. With Stewart Player he co-authored two books on the NHS – including The Plot Against the NHS – and was one of the founders of a respected think tank, the Centre for Health and the Public Interest.