Holocaust amnesia: The Ukrainian diaspora and the genocide of the Jews

By Grzegorz Rossoliñski-Liebe, uploaded to Academia.edu on Sept 17, 2016 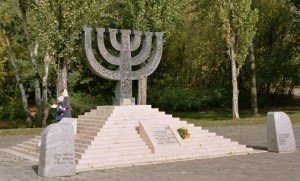 Over one and a half million Ukrainian Jews fell victim to the Holocaust between the summer of 1941 and the spring of 1944. The majority of them were shot near their homes or ghettos by German Kommandos and local collaborators. Many Ukrainians were witnesses to this genocide or participated in the persecution and murder of their Jewish neighbors. Nonetheless, in the collective memory of the Ukrainian diaspora, which has produced an extensive body of literature, the Holocaust remained almost completely in the dark, unmentioned.

Because of the inaccessibility of Soviet archives as well as a tendency among historians to concentrate on official records, this lapse in memory has not become a subject of historical research until recently. At the same time, Holocaust research focused mainly on German perpetrators and frequently refused to take notice of reports and memoirs left by survivors because of their allegedly disputed use within the historical discipline. The published works of historians such as Philip Friedman, Shmuel Spector, and Eliyahu Yones, who were themselves Holocaust survivors and who did not neglect non-German perpetrators, received little attention from German and North American specialists of Ukrainian history and scholars of National Socialism. Only in recent years has a scholarly debate turned its attention to this blind spot in the memory of the Ukrainian diaspora and to the narrative that was constructed by it. 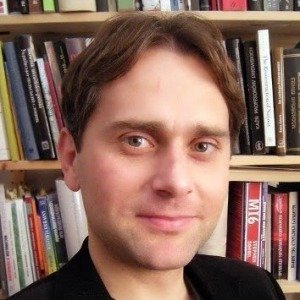 Because of personal experiences and firsthand knowledge, the genocide of the Jews was present in the personal memories of Ukrainian exiles from the beginning. In the spring and summer of 1944, 120,000 Ukrainians who had been either witnesses to, collaborators in, or perpetrators of the extermination of their Jewish neighbors, retreated with German soldiers and administrative functionaries. However, during the Cold War, the Holocaust was only openly discussed in emigre communities when specific people were prosecuted on account of real or suspected war crimes, or when Soviet propaganda branded Ukrainians living in exile as collaborators.

In the more typical and numerous accounts of the Second World War that were compiled by different groups in the Ukrainian diaspora, the extermination of Jews was hardly mentioned. When it was in fact mentioned, it was usually introduced as a side episode of German history that had not involved the Ukrainian people. The Ukrainian people were instead depicted as victims of the German and Soviet regimes, while Ukrainian nationalists were portrayed as heroes who fought against the German and Soviet occupying forces for the sake of national independence. This narrative was partially or completely adopted by professional historians, who taught mainly at leading North American universities.

This essay will provide a brief outline of the Holocaust in Ukraine while also discussing the participation of Ukrainians in the genocide of the Jewish people. In doing so, it will concentrate on western Ukraine (eastern Galicia and Volhynia), where, in contrast to central, southern, and eastern Ukraine, more Jews lived and more were murdered. The Organization of Ukrainian Nationalists (Orhanizatsiia Ukrains’kykh Natsionalistiv, OUN) was also based in eastern Galicia and Volhynia, as was its military arm, established in early 1943, the Ukrainian Insurgent Army (Ukrains’ka Povstans’ka Armiia, UPA). Their participation in the Holocaust is particularly interesting given that their relationship with Nazi Germany was at times openly hostile. It will be discussed below why and under what circumstances Ukrainians were forcibly or voluntarily moved during the course of the Second World War to Germany, where after the war some of them lived in Displaced Persons (DP) camps. Some of them were later relocated to various countries in the West, where they established political-cultural associations for children, youths, and adults, political organizations, holiday camps that specialized in advancing the ideology of Ukrainian nationalism, as well as publishing houses and newspapers. Together, these activities were used to shape the self-image of the Ukrainian diaspora with lasting effect.

The principle part of this article will examine the two most important phases during which the Ukrainian diaspora’s memory of the Second World War and the Holocaust were constructed. The early construction of memory that developed during the latter stages of the Second World War and the early stages of the Cold War will be covered first. In this period, a narrative was established that would be adapted and readapted to suit political circumstances during the course of the Cold War. However, at no point did this narrative lose its semantic core or its ideological orientation.

Thereafter, different forms of memory will be presented that developed in the later stages of the Cold War, primarily during the 1980s. The essay will examine the memory of the 1960s and 1970s only in passing, instead switching back and forth between the early and late phases of the Cold War so as to show, first, how durable and enduring the memory that was developed at the end of the Second World War truly was, and second, how, after two decades of stagnation, this narrative returned to a central place in the life of the diaspora, blossoming into powerful forms of memory and ritual.

Read the full paper at the weblink above or click on the paper as appended, below.

Grzegorz Rossoliñski-Liebe, born 1979 in Zabrze, Poland as Grzegorz Rossolinski, is a German-Polish historian based in Berlin, associated with the Friedrich Meinecke Institute of the Free University of Berlin. He specializes in the history of the Holocaust and East-Central Europe, fascism, nationalism, the history of antisemitism, the history of the Soviet Union, and the politics of memory. (Wikipedia) For more essays by him as well as reference to his published books, see his author page on New Cold War.org. He is the author of ‘Stepan Bandera: The Life and Afterlife of a Ukrainian Nationalist’; Stuttgart, Ibidem Press, 2014; ISBN 978-3-8382-0604-2.

PDF of essay:
The Ukrainian Diaspora and the Genocide of the Jews, by Grzegorz Rossolinski-Liebe   (find 38-page pdf at link)