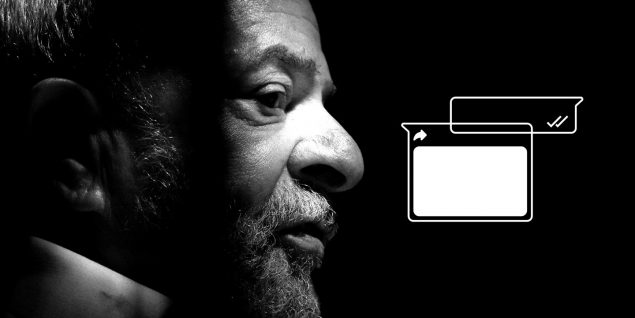 A massive archive exclusively provided to The Intercept confirms long-held suspicions about the politicized motives and deceit of Brazil’s corruption investigators.

An enormous trove of secret documents reveals that Brazil’s most powerful prosecutors, who have spent years insisting they are apolitical, instead plotted to prevent the Workers’ Party, or PT, from winning the 2018 presidential election by blocking or weakening a pre-election interview with former President Luiz Inácio Lula da Silva with the explicit purpose of affecting the outcome of the election.

The massive archive, provided exclusively to The Intercept, shows multiple examples of politicized abuse of prosecutorial powers by those who led the country’s sweeping Operation Car Wash corruption probe since 2014. It also reveals a long-denied political and ideological agenda. One glaring example occurred 10 days before the first round of presidential voting last year, when a Supreme Court justice granted a petition from the country’s largest newspaper, Folha de São Paulo, to interview Lula, who was in prison on corruption charges brought by the Car Wash task force.

Immediately upon learning of that decision on September 28, 2018, the team of prosecutors who handled Lula’s corruption case — who spent years vehemently denying that they were driven by political motives of any kind — began discussing in a private Telegram chat group how to block, subvert, or undermine the Supreme Court decision. This was based on their expressed fear that the decision would help the PT — Lula’s party — win the election. Based on their stated desire to prevent the PT’s return to power, they spent hours debating strategies to prevent or dilute the political impact of Lula’s interview.

The Car Wash prosecutors explicitly said that their motive in stopping Lula’s interview was to prevent the PT from winning. One of the prosecutors, Laura Tessler, exclaimed upon learning of the decision, “What a joke!” and then explained the urgency of preventing or undermining the decision. “A press conference before the second round of voting could help elect Haddad,” she wrote in the chat group, referring to the PT’s candidate Fernando Haddad. The chief of the prosecutor task force, Deltan Dallagnol, conducted a separate conversation with a longtime confidant, also a prosecutor, and they agreed that they would “pray” together that the events of that day would not usher in the PT’s return to power.