Here’s the difference between a ‘socialist’ and a ‘Democratic socialist’ 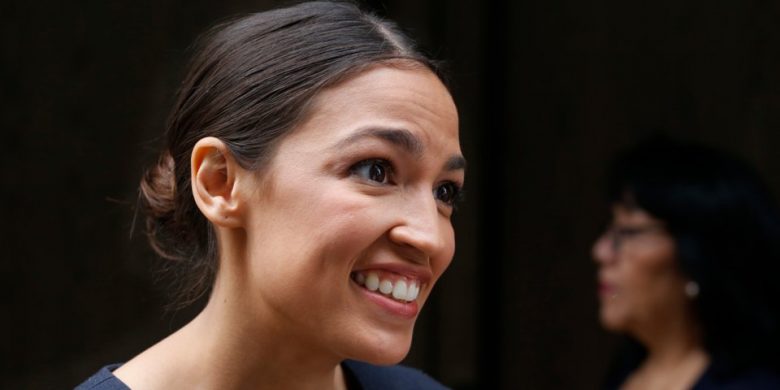 A sign that politics is changing since the US midterms is that even Business Insider feels it is necessary to try and explain to its readers what socialism is, after decades when too many felt they didn’t need to know.

After 29-year-old Alexandria Ocasio-Cortez’s stunning upset against Rep. Joe Crowley in the New York Democratic congressional primary in June, the word “socialist” was repeatedly used to describe her.

Ocasio-Cortez became the youngest woman elected to Congress in US history in the 2018 midterms on November 6.

She’s a registered member of the Democratic Socialists of America (DSA) and is a self-described socialist.

“Socialist” remains a dirty, and often misunderstood, term in the realm of US politics. The Cold War, in which animosity and paranoia toward the Soviet Union was pervasive in the US, is largely to thank for that.

But what does it mean to be a socialist versus a Democratic socialist, and is there even a difference?

What is socialism? It depends on who you’re talking to.

A socialist, in the traditional sense, is an adherent of socialism.

Socialism can be defined as “a system of social organization in which private property and the distribution of income are subject to social control.”

From an academic standpoint, there’s an ongoing debate about what socialism really is.

“The academic debates about socialism’s ‘meaning’ are huge and arcane and rife with disagreements, but what all definitions have in common is either the elimination of the market or its strict containment,” Frances Fox Piven, a political scientist at the City University of New York and a former DSA board member, told Vox.

What do socialists believe in?

In general, socialists believe the government should provide a range of basic services to the public, such as health care and education, for free or at a significant discount.

They do, however, generally believe the government should help provide for people’s most basic needs and help all people have an equal chance at achieving success.

Ocasio-Cortez’s platform, for example, calls for Medicare for all, tuition-free college, and treats housing as a right.

Democratic socialists are committed to democracy

Democratic socialists also believe strongly in democracy and democratic principles. They are by no means proponents of authoritarian government systems many Americans associate socialism with.

As the DSA’s website states: “At the root of our socialism is a profound commitment to democracy, as means and end. As we are unlikely to see an immediate end to capitalism tomorrow, DSA fights for reforms today that will weaken the power of corporations and increase the power of working people.”

To put it another way, they don’t feel socialism should be forced on people, but they are fundamentally anti-capitalist and believe the government should urge privately owned businesses toward granting workers as much control as possible.

The DSA and Democratic socialists like Ocasio-Cortez place a great deal of emphasis on social justice in conjunction with pushing for an economy that’s largely controlled by workers.

The DSA supports reforms that would decrease the influence of money in politics, empower ordinary people in workplaces and the economy, and restructure gender and cultural relationships to be more equitable, according to its website.

To put this into context, Ocasio-Cortez’s platform calls for an end to the war on drugs, the demilitarization of police departments, and the abolishment of for-profit prisons.

Here’s how Sen. Bernie Sanders, a self-declared Democratic socialist, defined it in a 2006 interview: “I think [democratic socialism] means the government has got to play a very important role in making sure that as a right of citizenship all of our people have healthcare; that as a right, all of our kids, regardless of income, have quality childcare, are able to go to college without going deeply into debt; that it means we do not allow large corporations and moneyed interests to destroy our environment; that we create a government in which it is not dominated by big money interest.”

“I mean, to me, it means democracy, frankly,” Sanders added. “That’s all it means.”