He killed for the Maidan

Here’s why my news organization decided to shed some light on a dark moment in Ukraine’s revolution.

[Note by New Cold War.org editors: The following news article addresses the fate of two Ukrainian policemen on February 20, 2014–one was killed and the other was injured by sniper fire. The news article does not report on the circumstances of the killings and injuries of dozens more police and protesters on Maidan Square that day by sniper fire. That story has been investigated and reported by Ottawa, Canada researcher Ivan Katchanovski. His February 2015 study, updated in September 2015, is here: The Snipers Massacre on Maidan Square in Ukraine. Many of his main writings on the ‘Maidan Sniper Massacre’ are compiled here. ]

My television station had a murderer on air last week — a self-confessed one. Ivan Bubenchik was calm and collected, his demeanor was open, and he spoke confidently of his actions on February 20, 2014, like he had known exactly what he was doing. After all, he was on the good side of the Euromaidan revolution, which was raging in Ukraine at the time, and which eventually swept a corrupt president out of power. 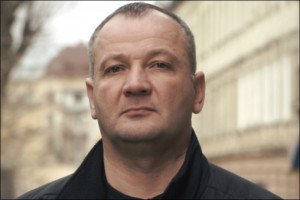 In telling Bubenchik’s story, we were breaking a taboo — it was the police, the popular narrative goes, that were the murderers. The protesters were heroes. But Bubenchik’s words were chilling. “To create a word of mouth effect, you have to shoot two or three [police] commanders,” he said to the camera. “I only picked two. And after that, there was no need to kill anyone else, so I aimed at the legs.

Bubenchik said he was trying to scare the police away — they had started to dominate the Maidan Nezalezhnosti, Kiev’s central Independence Square, where the anti-government protesters had been camped for months. His tactic worked perfectly. His first sniper shot killed an officer, his second wounded another. The rest of the riot police scattered and ran up the hill away from the square.

This was two days before the end of the revolution. President Viktor Yanukovych had not yet fled to Russia, fearing betrayal of his faithful friends in the government. But the revolution was already in its final — and deadly — stage. 39 people had already been killed. Most were protesters killed by the police or by hired thugs. Some 2,000 more people had been wounded — again, mostly protesters, but also a handful of policemen.

One of the buildings on the square, the Trade Union House, which had served as headquarters of the revolution since it began, had burned down. This was a great loss for the protesters because it stranded them in the bitter winter cold without shelter and without their crowd-sourced food and medicine. But they were determined to stay in the streets and drive President Yanukovych’s corrupt regime out. Much of the country was behind them.

Most oppositional activities — such as rallies, setting up tents, and even traveling in a convoy of five cars — had been banned by a frightened rubber-stamp parliament loyal to the president. Protesters had been murdered en masse, the opposition camp lacked leadership, and there was no feasible political solution in sight. Terror and desperation reigned in Kiev, the country’s battered capital.

This is when Bubenchik, a middle-aged man from western Ukraine who worked as a sports coach for kids, took destiny into his hands.

Two years later, my media company, Hromadske TV, has just told his story for the first time. We are a small but bold multimedia outlet that set up by a group of journalists in 2013 right before the revolution began. It was an attempt to plant the seed of real public broadcasting in a media landscape dominated by oligarchs and government channels. Hromadske’s journalists aimed at nothing less than setting up an outlet that would eventually become the gold standard of Ukrainian broadcasting. And that means reporting both sides of a story, no matter how unpleasant.

Our story on Bubenchik, the self-proclaimed Maidan sniper, is very much in line with that mission. It was part of a film we aired on February 18, both on our own online platform and on a national TV channel, which depicted how his decision to shoot two police officers affected the course of events on that day. The day — February 20, 2014 — was so dramatic that we called the film Zlam — “The Breaking Point.”

Later on that same day, four police officers died from gunshot wounds. But the death toll among the protesters was much higher — a total of 48 were brutally murdered. This was the single highest daily death toll not just during the revolution, but since Ukraine gained its independence in 1991.

Two years later, there are 22 policemen being tried for these crimes. Five are currently in detention, others are still wanted. But Bubenchik, who says he also killed, is free. He had talked openly about his deed before. But the story had never been picked up by the media, and there had never been a full-scale investigation. The State Security Service either did not believe his story, or chose to ignore his confession — in Ukraine, it’s not politically correct to judge the victors.

The accepted narrative is that the protesters were the good guys, while the government troops were murderers. There’s no doubt that the protesters really were heroes. They risked their lives, their families and their well-being to stand up against a crooked political elite. Because of them the word “hero” started to make real sense for us in Ukraine — it became personified.

But real life is not black and white. Sometimes heroes can act in evil ways, and Bubenchik’s story is a case in point. It complicates an already painful episode in the recent history of a country that is still bleeding because of an ongoing war with Russia in the east, the annexation of Crimea, a divided population and endless political infighting.

That’s why it took courage to report this story. For our journalists, Anastasiya Stanko and Angelina Kariakina, it was a massive ethical challenge. Many of their sources, who had themselves been protesters, kept saying that Ukraine was not ready for the truth. They said the Russian propaganda machine would kick in and spin Bubenchuk’s story for its own purposes — and sure enough, it did, running headlines like “Kiev government encourages murder” and “The blood of Heavenly Hundred is on the hands of the protesters.” The Heavenly Hundred is a reference to all the protesters who were murdered during the revolution.

“This episode about the shootings on February 20 [2014] was emotionally the most difficult one,” says Anastasiya Stanko, co-author of the story. “Most of all, we wanted to try to approach it without emotions, as much as possible, and only concentrate on facts.”

Bubenchik, our protagonist, believes that he did nothing wrong. “It’s important for me that people understand that it’s not an alcoholic or drug addict talking. I understood what I was doing,” he says in the film. “I do not see any crime in my actions.”

Bubenchik thinks what he did was justified by the circumstances of that day. The journalists who reported the story also say that context is key. “It’s impossible to separate this day from all three months of protests — and that was very important to show,” says Angelina Kariakina, the other creator of the film. “The first episode of violence on the Maidan was against a peaceful, mostly student protest in November. The first murders took place in January. In many ways the 20th of February was the culmination of those protests,” she says.

Despite all these dilemmas, we chose to report the story. Perhaps we’re naive, because we believe in equal rules and justice for all. Or maybe we’re setting a new standard for our country’s media, which, as in any free country, should be able to report unpopular truths.

A week after our film aired, the prosecutors finally acted. On February 25, investigators searched Bubenchik’s home in Lviv, as mandated by court order. A real investigation into what he did might finally be starting.