Could war in the Gulf be about to start – again? 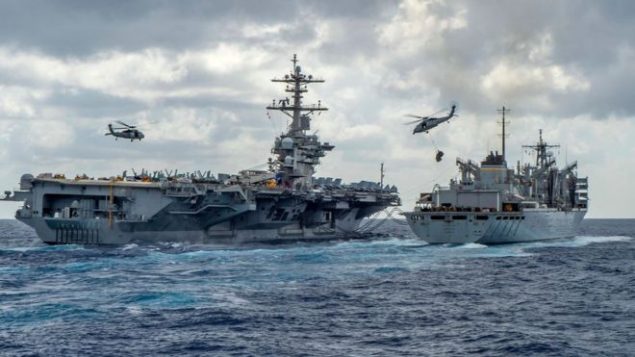 The drone strikes carried out by Yemen’s Houthis on Saudi oil facilities in Buqayq and Khurais is increasing tension throughout the Middle East and around the world, disrupting around half of Saudi Arabia’s oil production and impacting in the region of five million barrels per day of oil production.

Gulf War 2.0 Is About To Start

The September 14 drone strike on Saudi oil facilities in Buqayq and Khurais caused jitters across the Middle East and around the world. The strike carried out by Yemen’s Houthis disrupted about a half of Saudi Arabia’s oil production impacting around five million barrels per day of oil production.

The incident highlighted the vulnerability of the Saudi industry that supplies 10% of the world’s crude oil. Saudi Aramco, which pumped about 9.8 million barrels a day in August, announced that it’s already working to repare the damaged infrastructure. The company promised that it will restore about 2 million barrels per day of oil production by the end of September 16. However, it will take weeks to restore the full production capacity.

According to experts, Saudi Arabia will be able to keep customers supplied for several weeks by drawing on a global storage network. The Kingdom has millions of barrels in tanks in the kingdom itself, plus three large locations around the world: Rotterdam in the Netherlands, Okinawa in Japan, and Sidi Kerir on the Mediterranean coast of Egypt. Despite this, the oil price grew dramatically because of the attack and the energy market is in a kind of chaos.

On September 16, the Houthis (Ansar Allah) warned of more strikes on Saudi Arabia’s oil infrastructure. Brigadier General Yahya Sare’e advised foreigners to avoid the areas of Bqaiq and Khurais because they could be attacked again. He also said that Houthi forces will expand their operations against Saudi Arabia until the aggression against Yemen is stopped.

In own turn, Saudi Arabia claimed that Iranian weapons were used in aerial strikes over the weekend that interrupted much of the kingdom’s oil production, and that the attacks were not launched from Yemen. Saudi Arabia provided no evidence to confirm these claims. However, they clearly went in the framework of the US approach of directly blaming Iran.

“The investigation is continuing, and all indications are that weapons used in both attacks came from Iran,” Colonel Turki al-Malki, spokesman for the Saudi-led coalition that invaded Yemen said. Saudi Arabia, he added,was seeking to determine “where they were fired from.”

Earlier, speculations appeared that the attacks on targets in eastern Saudi Arabia may have been launched not from Yemen. The first version of this speculations suggested that drones may have been launched by Iran-allied units of Iraq’s Popular Mobilization Units. Nonetheless, on September 16, US Secretary of State Mike Pompeo stressed that Iraq’s “territory was not used to carry out this attack”.

Mainstream media outlets, with help of various ‘anonymous sources’, are now pushing an idea that the strike was delivered by Iran. For instance, ABC News claimed citing “a senior Trump administration official” that “Iran launched nearly a dozen cruise missiles and over 20 drones from its territory”.

“Iran launched nearly a dozen cruise missiles and over 20 drones from its territory in the attack on a key Saudi oil facility Saturday, a senior Trump administration official told ABC News Sunday.

It is an extraordinary charge to make, that Iran used missiles and drones to attack its neighbor and rival Saudi Arabia, as the region teeters on the edge of high tensions,” ABC News claimed.

The level of tensions came to the level when US President Donald Trump said that the US is “locked and loaded” to respond with a force, waiting for verification of who was responsible and for word from Saudi Arabia on how to proceed.

Saudi Arabia oil supply was attacked. There is reason to believe that we know the culprit, are locked and loaded depending on verification, but are waiting to hear from the Kingdom as to who they believe was the cause of this attack, and under what terms we would proceed!

Remember when Iran shot down a drone, saying knowingly that it was in their “airspace” when, in fact, it was nowhere close. They stuck strongly to that story knowing that it was a very big lie. Now they say that they had nothing to do with the attack on Saudi Arabia. We’ll see?

The Trump administration has previously blamed Iran for the actions of the Houthis. However, so far, satellite images of the strike impact have been the only evidence that the US has released. This barely can serve as a confirmation of the Iranian involvement.

In this light, it’s possible to take into account other versions. Saudi Arabia currently has very complicated relations with the UAE and Qatar, located much closer to Buqayq and Khurais than Iran or any position of Iranian-backed forces. Furthermore, tensions between the UAE and Saudi Arabia grew to the level when UAE-backed and Saudi-backed forces openly clash in southern Yemen. The Qatari-Saudi relations have also been in a deep crisis since 2017. Therefore, these states have a direct interest in assisting to such a strike or, if we believe in the version that the Houthis were not involved, even delivering it by themselves.

It should be noted that the recent developments came just a few days ahead of the parliament election in Israel (scheduled for September 17). Israel already closed airspace on the contact line with Lebanon in a move described by local sources as preparations for a possible escalation.

If September 17 would be marked by further attacks on Saudi Arabia or some ‘mysterious’ incidents in Syria, Iraq or even on the Israeli-Lebanese contact line, the situation in the Middle East may blow up. The US-Israeli-Saudi policy has turned the region into a powder keg that could explode at any moment.

Meanwhile, Iran has built a mock US aircraft carrier to allow own forces to practice aicraft carrier seizure operations ahead of a possible conflict: 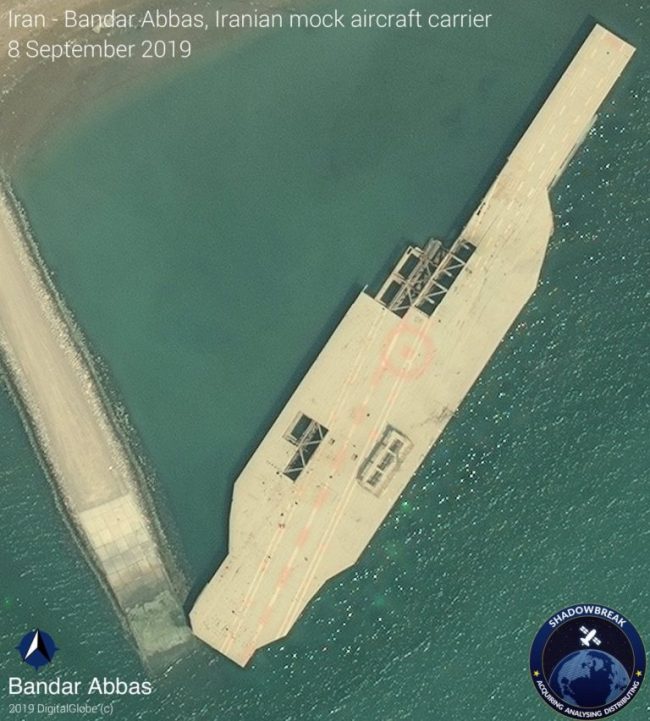