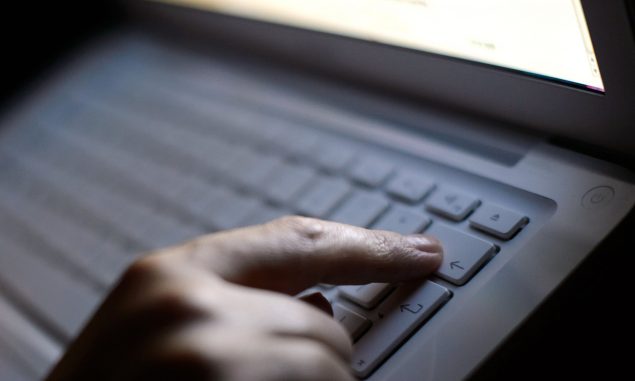 All internal internet traffic would be carried within the country’s own network under the draft law. Photograph: Dominic Lipinski/PA

Russia is planning to temporarily disconnect from the internet as part of what it says is an experiment to test its cyberdefence capabilities.

By Alex Hern and Marc Bennetts

Russia is planning to temporarily disconnect from the internet as part of what it says is an experiment to test its cyberdefence capabilities.

According to a report on the Russian news site RBC, the planned disconnection is intended to analyse the country’s preparedness for a draft law mandating a “sovereign” internet.

Under the draft law, all internal internet traffic would be carried within the country’s own networks. Any traffic that leaves Russia would be forced to go thorough registered exchange points, subject to regulation by the state communications regulator Roskomnadzor.

Ostensibly the goal of the legislation is to protect the Russian internet from the US, which has an offensive cybersecurity strategy and lists Russia as one of the major sources of hacking attacks.

However, many observers think the creation of a Russian intranet is a further step towards a goal of duplicating the Great Firewall of China to restrict the access of the country’s internet users to content deemed harmful by the authorities.

Russia has already moved to block webpages run by opposition figures such as Alexei Navalny, a prominent Kremlin critic. Agora, a Russian human rights group, said in a report this month that Russian internet freedoms had fallen fivefold in the past 12 months.

In the short term the planned disconnection is largely intended to assuage the fears of domestic internet service providers that the draft legislation could impose huge costs on them and harm the reliability of the Russian internet.

Natalya Kasperskaya, the president of the information security working group that has recommended the experiment, told RBC that the law “has good goals, but the mechanisms for its implementation raise many questions and disputes. Moreover, the methods of its implementation have not yet been precisely defined.”

Cost ranks high among the ISPs’ concerns. RBC cites an estimate of 134bn roubles (£1.5bn) to compensate telecom operators each year, plus another 25bn roubles to create the register of exchanges required by Roskomnadzor.

Even that may not work: the draft law requires Roskomodzor to be kept informed of the entire scheme of every ISP’s network and traffic routing in real time, something the operators argue is not possible.

Senior Russian officials have expressed increasing alarm that some form of disconnection may be forced upon them. German Klimenko, Vladimir Putin’s internet adviser, said last year that western countries could just “push a button” to disconnect Russia from the global internet. Putin has previously called the internet a “CIA project”.

Andrei Klishas, a senator and one of the authors of the draft bill, which was approved in its first reading in parliament on Tuesday, said the government had already earmarked 20bn roubles to cover the costs of ensuring Russia’s cybersecurity in the event of foreign aggression.

Some experts said they failed to see the logic behind the government’s drive to build a domestic internet capable of functioning in the event of a move by western countries to isolate it from the worldwide web.

“The disconnection of Russia from the global web would mean that we are already at war with everyone,” Filipp Kulin, a Russian internet expert, told the BBC’s Russian language service. “In this situation we should be thinking how to grow potatoes in a nuclear winter, and not about the internet.”

Some opposition figures were sceptical about the plan to temporarily disconnect from the global internet. Leonid Volkov, a Navalny aide and IT expert, said Russia had tried and failed to unplug from the internet in 2014.

“Nothing has changed since then from a technical point of view,” he said, adding that it would take at least another five years before Russia had even a hypothetical chance of isolating its segment of the internet from the rest of the world

Russia has tried, so far with extremely limited success, to block Telegram, a popular encrypted messaging service, but its use continues to be widespread, including among some senior Russian government officials who are reported to use VPNs to circumvent the ban.