Germany, France and Australia to withdraw troops from Iraq, US moving troops out of 15 bases 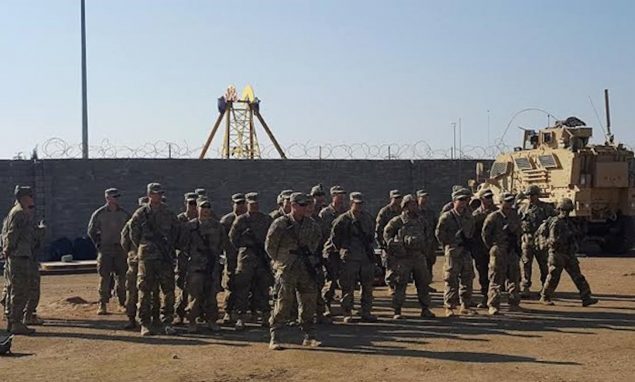 On February 10, Germany, France and Australia have submitted a request to withdraw their forces from Iraq, according to a member of the Iraqi Parliamentary Security Committee Bader Al-Ziyadi.

On February 10th, Germany, France and Australia have submitted a request to withdraw their forces from Iraq. This was reported by a member of the Iraqi Parliamentary Security Committee Bader Al-Ziyadi.

“Three countries, France, Germany and Australia, submitted a request to the Joint Operations Command to set a timetable for withdrawing their forces from Iraq,” said committee member Badr Al-Ziyadi, to the Iraqi News Agency (INA), noting that “all coalition forces stopped their operations as a first step to withdrawal.”

Al-Ziyadi added that “the next government is responsible for setting a timetable, whether for the exit of foreign forces or the presence of military bases in some areas, especially in the Kurdistan region,” noting that “there is no movement or sorties of the coalition forces at the moment.”

Germany has a training mission in the country and its defense chief Annegret Kramp-Karrenbauer visited Baghdad on January 15 in a surprise visit to meet with Iraqi military chiefs amid uncertainty over Berlin’s military presence in the country.

With regard to the presence of the Turkish forces in the city of Mosul, Al-Ziyadi explained that “the Turkish forces are not within the international coalition and there is no strategic military agreement with the Turkish side, and to remove them from Iraq is the responsibility of the next government,” noting that “the next government is obligated to take measures to remove those forces That exceeds the Iraqi border.”

In the end of January 2020, the US House of Representatives passed two measures, one of which was focused on repealing Congress’s 17-year-old Iraq War authorization, which the Trump administration cited as a legal basis for assassinating Maj. Gen. Qassem Soleimani.

However, the resolution needs to pass through the US Congress, and it’s controlled by the Republican party, so it is unlikely that it will.

Currently, Iraq is about to have a new prime minister – Mohammed Tawfiq Allawi. He is supported by influential Shiite Cleric Muqtada al-Sadr, who is strongly in support of an independent Iraq.

Iran also supports Allawi, since if he works towards an independent Iraq, that would mean it would cooperate more with regional actors such as Damascus and Tehran, rather than allow Washington to use it as a proxy.