The geopolitical significance of the Russian deployment to Afrin 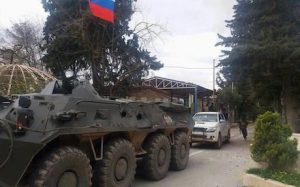 Russia’s deployment of ground forces to the small isolated northwestern Syrian Kurdish Afrin Canton has, predictably, frustrated Turkey. Coupled with the U.S. and Russian deployment of ground forces to the Kurdish-led Syrian Democratic Forces’ (SDF) administered city of Manbij, to stop Turkish-backed militiamen from attacking the deployment, this greatly hinders Turkish attempts to target either the SDF or the Syrian Kurdish People’s Protection Units (YPG).

While Moscow has sought to downplay the significance of the deployment – claiming it is another reconciliation center to monitor truces as opposed to an active troop deployment to work with the YPG there – it does nevertheless have significant geopolitical implications. 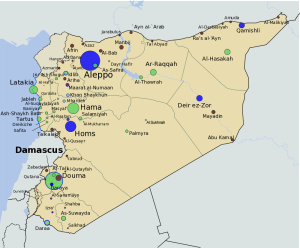 “Russia’s move to help the Kurds build military capacity is an escalation meant to punish Turkey for refusing to stop its support to Tahrir al-Sham and anti-Assad militias,” he concluded.

Afrin would be an ideal launchpad for any future military campaign against militants, like the al-Qaeda-affiliated Tahrir al-Sham, in the nearby Idlib province.

Russia and Turkey patched up their ties seven month after the November 2015 warplane last summer, which resulted in a mini cold war between the two in which Moscow leveled economic sanctions against Ankara and beefed up its air defenses in Syria. However, Russia continued to voice its opposition to Turkish targeting of SDF/YPG forces in its campaign against Islamic State (ISIS) – which concluded with their capture of al-Bab from the militants in February. Shortly after the Russian deployment, Turkey claimed one of its soldiers was killed by sniper fire emanating from Afrin. It retaliated with its own cross-border fire.

“The deployments to Manbij and Afrin are significant,” Neil Hauer, the lead analyst at SecDev who follows Russian-Syrian relations, told Rudaw English. “The former signifies that Russia has some hard red lines in Syria it does not want Ankara to cross, while Afrin was even more of an escalation in that sense. Turkey has always declared it retains the right to shell the YPG in Afrin, which it periodically does, and Russian presence makes that much more difficult.” 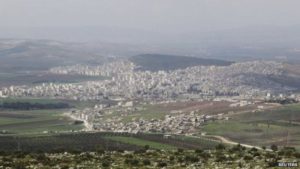 Turkey has sought to forcibly halt YPG excursions from Afrin, launched against militant groups which have attacked Afrin, by targeting them with cross-border artillery strikes in February 2016 when they launched an offensive which captured the Menagh Airbase.

“The intense reaction to the killing of a single Russian pilot by Turkish forces in 2015 suggests that Russia would raise similar issues were a Russian soldier to be killed by Turkish shelling,” Hauer added. “The Atlantic Council’s Turkey analyst Aaron Stein has detailed recently how Turkish/Russian cooperation is waning and now that IS has been evicted from nearly all of Aleppo, the aims of the two no longer coincide.”

Hauer went on to point out that Ankara has “accepted that its initial aim in Syria of toppling Assad can no longer be accomplished.”

“Now,” he elaborated, “Russia is increasingly blocking its secondary and more existential objective, diminishing and restraining a Syrian Kurdish polity.”

“I think relations are going to worsen significantly in the coming months,” he concluded.

Tumur Akhmetov, an analyst on Russia’s Middle East foreign policy, noted that while the deployment “was limited in its scale and tasks, it has a serious symbolic meaning.”

“Russia is trying to secure its position as one of the players, and therefore a part of any solution, within the conflict between the [Syrian Kurdish Democratic Union Party] PYD/YPG and Turkey,” he told Rudaw English. “In the longer run, it must increase negotiating positions of Russia vis-a-vis Turkey during efforts to end a civil war in Syria,” he added.

Asked if Russia is enforcing a de-facto ceasefire between the PYD/YPG and Turkey, Akmetov said this seems to be the case. “Maybe there were plans in Turkey to expand the Euphrates Shield westwards and Russia was acting to prevent this,” he speculated. “Now Turkey sees Russia responsible for everything that is flying from Afrin Canton.”

“So it bears some risks for Russia,” he concluded.