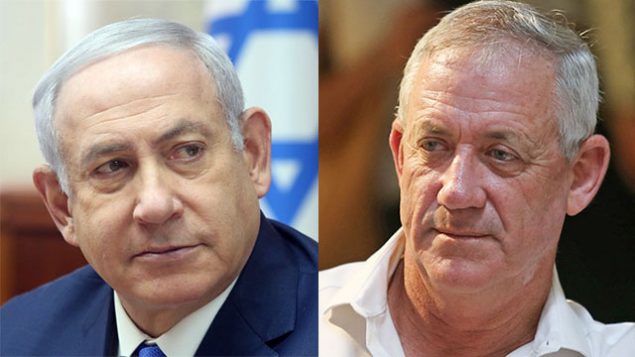 According to Yossi Verter, Benny Gantz’s chances of forming a government in the coming 28 days are slim, perhaps even slimmer than those Netanyahu had.

Fifty-two hours before the mandate he was given expired, much like Cinderella who rushed out of the ball lest she turn into a pumpkin at midnight, Benjamin Netanyahu admitted his failure to form a government and returned the power of attorney to the president. 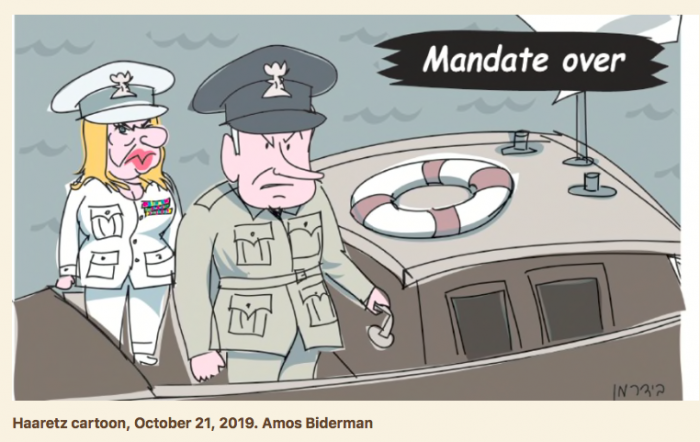 For 26 days the prime minister was tasked with establishing a coalition, and at no point did he come any closer to that goal. For the first time in a decade, and for the first time in four consecutive election campaigns, the mandate will be passed on to a candidate who isn’t Netanyahu.

Since last night, shortly after the Simhat Torah holiday ended, Netanyahu is prime minister only by name. He has yet to be separated from his post, and definitely not from the power that comes with it. But one should not underestimate the psychological affect on the public of seeing President Reuven Rivlin tasking Benny Gantz.

This effect will also be felt by the political system and Netanyahu family, all of whom have grown used to seeing coalition negotiations as a mere formality that ends in a festive photo op and clinking of champagne glasses at the president’s residence.

Gantz managed to do what much more experienced politicians than him – such as Tzipi Livni, Shelly Yacimovitch and Isaac Herzog – all failed to accomplish over the years. But his chances of forming a government in the coming 28 days are slim, perhaps even slimmer than those Netanyahu had. The election results are familiar to all, and no fairy can appear and magically move blocks around so that they add up to a governing majority.

On the one hand, Gantz doesn’t have the parliamentary infrastructure or the political ability to help Israel’s democracy out of the corner it has been backed into. On the other hand, none of the other political players have the courage required for making the dramatic and tie-breaking moves necessary for preventing a third election.

This will happen – if at all – only at the very last stage of the political obstacle course we are in, when the remaining 21 days are up and the real countdown begins.

Breaking news and analyses in your inbox

This doesn’t mean that the next month will be boring. Gantz and Avigdor Lieberman, who appear to grow closer politically with each passing day, will convey in the coming weeks the opposite messages from what we’ve grown used to hearing. Through their representatives, they will return to the negotiation table for an extensive process that will revolve around essence, ideology and content. They will try to craft a serious narrative.

During this time, Meretz, which ran in the September 17 election as the Democratic Union, will also be invited to join the coalition talks. This is an invitation that has not been extended to Meretz in some 20 years. But the man at its helm, Nitzan Horowitz, will have to understand that his party won’t take part in any government. Since Gantz’s primary goal is to topple Netanyahu, he will strive to set up a minority government with Yisrael Beiteinu and Amir Peretz’s Labor-Gesher. The chances for establishing such a government are almost nonexistent, and only exist on paper. Even theoretically, Meretz can’t be part of such a government.

What will Benjamin Netanyahu do in the coming period? Probably what he knows best: He will attack, incite and slander Gantz, Lieberman, and the legal establishment whose chiefs – the attorney general and his staff – are expected to pore over the results of the Netanyahu’s pre-indictment hearing. At the same time, Netanyahu will continue to hold on tightly to his 55-member bloc, fearing that some might stray over to the other side. He may demand another pledge of allegiance. What he will abstain from doing is summoning the 55 lawmakers to a party on Balfour Street. At least not as long as political nemesis Ayelet Shaked is still among them.

At the same time, Netanyahu, Gantz and the rest of the political system will wait for Attorney General Avichai Mendelblit. Whatever it may be, his ruling on Netanyahu’s corruption cases is guaranteed to reshuffle the cards and restart the game.