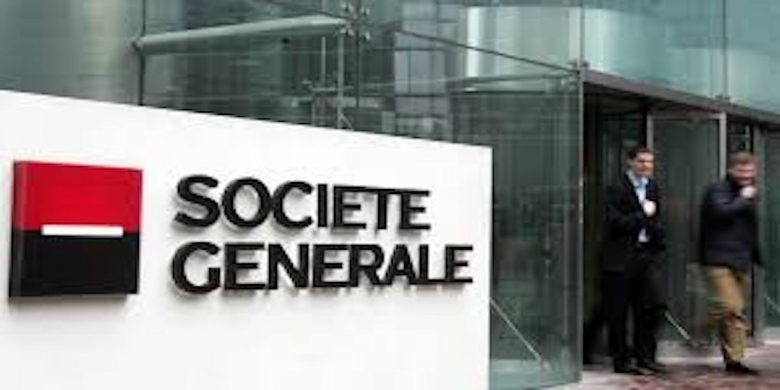 U.S. government agencies have imposed fines totaling $1.34 billion on the French bank Société Générale (SG) for transactions that violated sanctions on Cuba and other countries.

Federal prosecutors in New York also accused SG of conspiring to violate the Trading with the Enemy law and the embargo on Cuba for what they called “SG’s role in processing billions of transactions using the U.S. financial system, in connection with credit facilities involving Cuba.”

Under an agreement between the French bank and the U.S. government, SG will pay the fines and establish controls to avoid future violations. In exchange, the U.S. has agreed to drop the charges in three years.

SG will pay $717 million to federal authorities, $162.8 to the prosecutors’ office in New York and $54 million to the Treasury Department’s Office of Foreign Assets Controls (OFAC)

The bank also reached agreements with the U.S. Federal Reserve, the Justice Department and several state and county agencies in New York, where SG has a branch.

The Federal Reserve fined SG with $81.2 million for “the firm’s unsafe and unsound practices primarily related to violations of U.S. sanctions against Cuba,” the Reserve said in an announcement Monday.

SG processed 1,077 transactions totaling more than $5.56 billion in violation of U.S. sanctions on Cuba, Iran and Sudan, according to an OFAC announcement.

The agreement said the bank “processed certain transactions in a way that was not transparent, which eliminated, omitted, hid or excluded references to sections sanctioned by OFAC in the information sent to U.S. financial institutions that participated in the transactions.”

From 2007 to 2010, a branch of SG granted loans to a Dutch company for the export of Cuban nickel. Another Dutch company guaranteed a loan with oil stored in Cuba. Other transactions involved the payment of taxes by SG and a Cuban bank.

The U.S. Government said one mitigating factor was SG’s voluntary disclosure of the violations and cooperation in the investigation.

“Today, Société Générale has admitted its willful violations of U.S. sanctions laws – and longtime concealment of those violations – which resulted in billions of dollars of illicit funds flowing through the U.S. financial system,” said a statement by Geoffrey S. Berman, U.S. Attorney for the Southern district of New York.

“With today’s resolution, the bank has accepted responsibility for its criminal conduct and demonstrated its commitment to remedying these failures and enhancing its compliance programs and internal controls. Other banks should take heed: Enforcement of U.S. sanctions laws is, and will continue to be, a top priority of this Office and our partner agencies.” he added.

The fines imposed on SG are the second largest ever slapped on a financial institution for violating U.S. economic sanctions, and the second on a French bank in the past four years. In 2015, BNP Paribas agreed to pay $8.8 billion for violating sanctions on Cuba, Iran and Sudan.

Criminal charges against financial institutions that violate U.S. laws are not unusual, said John Kavulich, president of the U.S.-Cuba Trade and Economic Council.

“A lot of of times the government will throw everything it has as a deterrent effect and to push a settlement,” Kavulich said.

“The more that the Trump Administration weaponizes the DOT (OFAC) and DOJ, the less likely will be governments to engage with Cuba as the risk of exposure will be greater than the benefit to engagement with Cuba,” he added.

Société Générale was the first bank to open offices in Cuba, starting in 1996.

The SG fines were announced the same day Cuban and European officials met in Belgium to discuss the U.S. sanctions, as part of the bilateral consultations launched after the European Union began to expand its relations with Havana.

Cuba expects that a special payment system being created by the EU to avoid U.S. sanctions on Iran will also help sidestep sanctions on Havana, according to a Cuban official quoted by the Agence France Presse news agency.