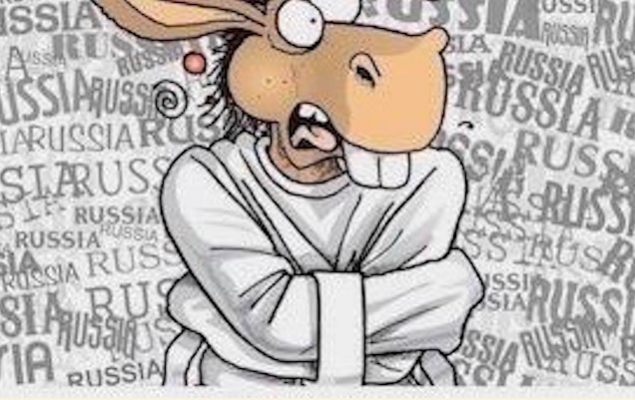 Ukraine is in the news again but for all the wrong reasons. The same people who covered up the deadly power grab are now making hay out of Donald Trump’s foolishness. Trump is nothing if not consistent. He is a vindictive, thin skinned, dim witted bully who always sees himself as the aggrieved party.

Trump’s clumsy and stupid attempts to link Joe Biden and son to corruption in Ukraine has given Democrats a chance to revive their discredited Russiagate crusade.

The blatant interference in the affairs of Ukraine is just one of the Barack Obama era scandals that the corporate media chose to cover up. In 2014 the United States culminated a decades long project to realize a so-called color revolution in Ukraine. Along with partner NGOs they assisted far right forces in overthrowing that country’s elected president. Ukraine is a failed state with an ongoing civil war because of this effort to pry it away from Russian influence and include it in NATO, the European Union and any other U.S./European axis configuration.

Ukraine is in the news again but for all the wrong reasons. The same people who covered up the deadly power grab are now making hay out of Donald Trump’s foolishness. Trump is nothing if not consistent. He is a vindictive, thin skinned, dim witted bully who always sees himself as the aggrieved party.

His sense of victimization prevented him from appreciating that he defeated the charges of Russian collusion meant to continue the anti-Russian foreign policy consensus. On July 24 Russiagate lost much of its political potency when Robert Mueller’s disastrous testimony proved that the narrative was a fraud.

“Ukraine is a failed state with an ongoing civil war because of this effort to pry it away from Russian influence.”

On July 25 the bull in the china shop president created an in for his enemies when he raised the issue of Joe Biden’s conflicts of interest in a phone call with Volodymyr Zelensky, the newly elected president of Ukraine. Biden’s son was given a $50,000 per month position on the board of a Ukrainian fracking company after the coup. The obvious conflict of interest was just one aspect of the Ukraine story that the media covered up.

Just one day before the phone call the Democrats put the nail in the Russiagate coffin when they forced Robert Mueller to testify. Mueller had clearly and publicly made clear that he did not want to appear. Russiagate was a ginned up scandal and Mueller’s stumbling performance proved it. Trump had won a significant victory.

“Biden’s son was given a $50,000 per month position on the board of a Ukrainian fracking company after the coup.”

Instead of letting sleeping dogs lie he asked a foreign head of state to investigate another presidential candidate. Joe Biden is a walking disaster on his own. He is nearly as stupid and graceless as Trump but the Democratic Party is desperate to win with a neoliberal candidate who will please rich party donors and Wall Street. Biden’s disastrous debate performances and dubious activities should disqualify him but the Democrats are sticking with him for now.

If he ended up winning the nomination the Republicans could have easily raised the issue of his son’s business dealings and his own foolishness in publicly bragging about his role in dismissing a Ukrainian prosecutor. Instead Trump snatched defeat from the jaws of victory with an act that was at the very least inappropriate and possibly illegal.

The defeated Democrats are thus able to resurrect an impeachment effort because of Trump’s gift to them. Unlike the Russiagate narrative they have Trump’s own words and bad judgement to use against him.

“Trump snatched defeat from the jaws of victory.”

For the next year the Democrats will indulge in phony outrage because Trump didn’t know how to leave well enough alone. The real Ukraine scandal, the bipartisan attack on another nation’s sovereignty, will be unaddressed by the culprits and their media friends.

Unfortunately the truth of foreign involvement in the 2016 election will not be investigated thanks to Trump’s hamfisted attempt to strike back at those who tried to thwart him. Ukrainians provided false evidence used to prosecute Paul Manafort, a man whose corruption was tied not to Russian collusion, but to the bipartisan effort to destabilize that nation. Russiagate is in fact the story of the Democratic Party involving “five eyes” intelligence agencies who helped the Hillary Clinton clique in their effort to create dirt that would delegitimize Trump. That is why Trump also spoke to the Australian prime minister about investigating Robert Mueller. His clumsy attempt was found out of course but no one should forget that foreign interference in 2016 was a Democratic Party project.

Donald Trump cannot be the center of analysis regarding Ukraine or any other issue. It is tempting to make the racist oaf the focus but the bipartisan war party is responsible for the damage done to Ukraine. Barack Obama, Joe Biden, John Kerry, the late John McCain and the rest of the Democratic and Republican party establishment all had a hand in creating an ongoing crisis. Trump and his fellow foreign policy amateur Rudy Giuliani will be the public face of this story but the worst partners in crime are again being let off the hook.