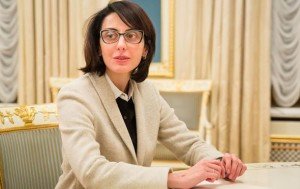 A former rector of the police academy of Georgia, Khatia Dekanoidze, has been appointed as chief of the Ukrainian National Police. The appointment was approved at a sitting of Ukraine’s cabinet of ministers on November 4.

Ukraine created a new national police force this past summer with funding and training by the United States, among other foreign powers.

Dekanoidze joined the team of “reformers” that took control of Georgia in 2004 when Mikheil Saakashvili was elected president. She worked for a time at the Georgian embassy in Washington and worked at the National Security Council of Georgia. .She headed Georgia’s police academy from 2007 to 2012. 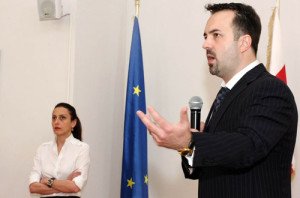 Dekanoidze served briefly as minister of education and science in 2012, during the dying days of the regime led by Saakashvili.

Saakashvili was appointed ‘governor’ of the Ukrainian oblast of Odessa in June of this year. He is wanted in Georgia for alleged financial crimes.

Dekanoidze left Georgia along with Saakashvili and other “reformers” in 2012, settling in Ukraine.