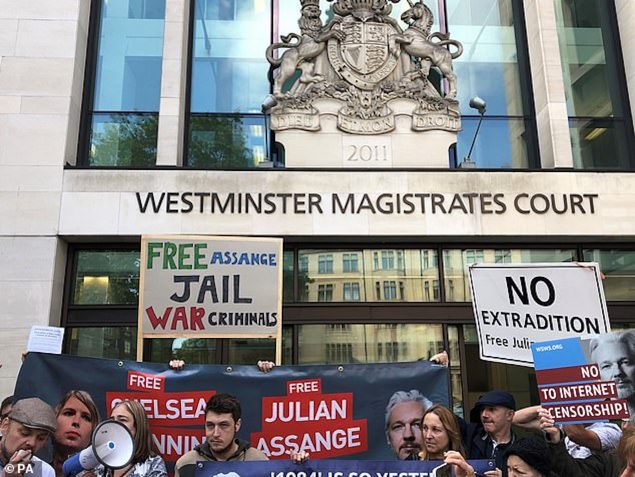 He has been found too unwell to appear by video-link as scheduled at Westminster magistrates’ court. His lawyers reported it was not possible to have a normal conversation with him
Photo: PA

Former Congressman Ron Paul says US and UK authorities ‘could be trying to kill Julian Assange’ and compares his treatment to murdered prisoner Otto Warmbier as the U.N. warns the WikiLeaks founder is showing symptoms of ‘psychological torture’

Former Congressman and presidential candidate Ron Paul says Julian Assange could die in prison and blames the apparent deterioration in the WikiLeaks founder’s heath on how he is being treated by the US and UK governments.

Speaking on ‘Ron Paul Liberty Report, the 83-year-old accuses the US government of pursuing Assange and says they would like to either challenge him with a death penalty or a life time in prison ‘for being a journalist.’

The Libertarian calls Assange’s a ‘tragic story’ and describes his health as ‘very very bad,’ commenting that friends of the whistleblower are worried that his health may not hold up.

Assange, 47, has been moved to the hospital wing at Belmarsh prison and has been found too unwell to appear by video-link as scheduled at Westminster magistrates’ court.

His lawyers reported it was not possible to have a normal conversation with him.

U.S. authorities accuse Assange of violating the Espionage Act over the publication of secret documents.

Sweden wants to question him about sexual misconduct allegations.

In June 2017, Warmbier was released by North Korea in a vegetative state and died soon afterward.

Paul goes on to ask what the ramifications would be if Assange is much sicker than is being revealed and dies in prison as the result of how his case has been handled by Washington and London.

‘If he had a terminal disease or something happens to him, good, bad, or whatever and he dies in the prison, how would we look a lot different to the North Koreans on the surface?’ Paul questions.

Paul’s claims come as an independent expert for the U.N.-backed Human Rights Council who visited Assange in prison says he ‘showed all symptoms typical for prolonged exposure to psychological torture.’

Nils Melzer, the special rapporteur on torture, visited Assange on May 9 with two medical experts in examining potential victims of torture and ill-treatment, as reported by The U.N. human rights office on Friday.

The UK, along with the US and Ecuador, has engaged in a ‘relentless and unrestrained campaign of public mobbing, intimidation and defamation against Mr Assange’, Melzer said.

He added it was ‘obvious’ that Assange’s health had been affected by ‘the extremely hostile and arbitrary environment’ he faced for years. 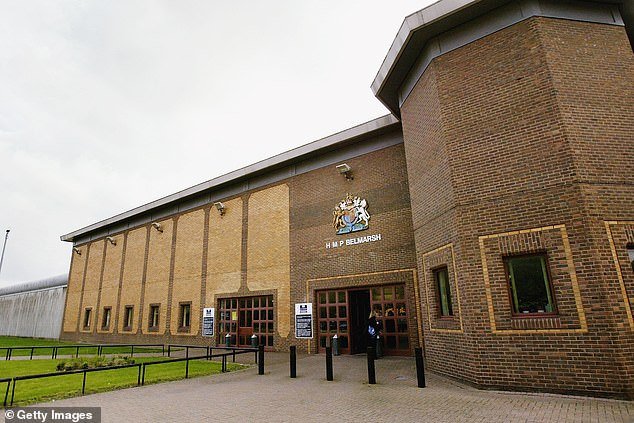 Assange, 47, was moved to the hospital wing at Belmarsh prison where his lawyers reported it was not possible to have a normal conversation with him

In ‘Ron Paul Liberty Report,’ Paul goes on to slam the American media and journalists for their lack of reporting on Assange’s health problems, adding that news of his ill health came out via a Swedish newspaper.

Paul adds there is ‘not much good journalism around any more’ and that by not doing more reporting on Assange, journalists ‘don’t want to protect their right to be a journalist.’

Paul defends Assange’s leaking of information saying it is ‘not like he spied for the enemy.’

‘His crime was telling us the truth,’ Paul says. ‘He was telling the truth, he was revealing information … he is a whistleblower in the form of a journalist,’ Paul added.

Assange lived in Ecuador’s Embassy in London in 2012 until he was arrested in April after Ecuadorean officials withdrew his asylum status.

What is a UN special rapporteur and who is Professor Nils Melzer?

The word rapporteur comes from the French for an investigator who reports to a deliberative body, and the UN has 37 special rapporteurs or independent expert each with their own country or thematic mandate from the United Nations Human Rights Council.

Special Rapporteurs often conduct fact-finding missions to countries to investigate allegations of human rights violations, and can only visit countries that have agreed to invite them.

Prof. Nils Melzer is the Human Rights Chair of the Geneva Academy of International Humanitarian Law and Human Rights. He is also Professor of International Law at the University of Glasgow. On 1 November 2016, he took up the function of UN Special Rapporteur on Torture and Other Cruel, Inhuman or Degrading Treatment or Punishment.

He served for 12 years with the International Committee of the Red Cross as a Legal Adviser, Delegate and Deputy Head of Delegation in various zones of conflict and violence.

After leaving the ICRC in 2011, he held academic positions as Research Director of the Swiss Competence Centre on Human Rights (University of Zürich), as Swiss Chair for International Humanitarian Law (Geneva Academy) and as Senior Fellow for Emerging Security Challenges (Geneva Centre for Security Policy), and has represented civil society in the Steering Committee of the International Code of Conduct for Private Security Service Providers.