Foreign ‘governor’ of Odessa appoints another foreigner as his deputy

The former president of Georgia who was appointed ‘governor’ of Odessa region by Ukrainian President Petro Poroshenko two months ago has appointed a Russian liberal as his deputy. Mikhail Saakashvili made the announcement on July 17. 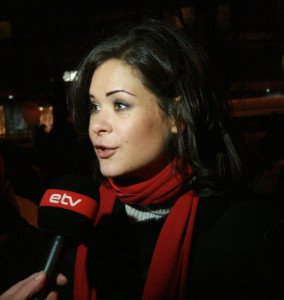 Maria Gaidar is a graduate of Harvard University and is the daughter of Yegor Gaidar. Her father served briefly in 1992 as prime minister of Russia. This was the outset of the ‘lost decade’ of the 1990s when neo-conservative ideologues in Russia and from abroad guided the dismantling of the Soviet welfare state and the giveaway of public enterprises and resources to the best-connected, up and coming businessmen.

Russian ex-PM’s daughter under fire for leaving for Ukraine

MOSCOW — The daughter of a former Russian prime minister has accepted the job of deputy governor in a Ukrainian region, a decision that has sparked criticism in both Russia and Ukraine.

Maria Gaidar’s appointment on July 17 as deputy governor of Odessa, now led by former Georgian President Mikhail Saakashvili, has been painted as a betrayal in Russia. In Ukraine, she has been criticized for being hesitant to denounce Russia’s annexation of the Crimean peninsula.

Introducing Harvard-educated Gaidar in Odessa on Friday, Saakashvili described her as “one of the most brilliant political leaders fighting Putin’s regime.” Saakashvili was Georgia’s president during his country’s brief war with Russia in 2008.

Gaidar, 32, is the only daughter of the 1990s reformist prime minister Yegor Gaidar and is an opposition activist in her own right. She served as deputy governor in Russia’s Kirov region in 2009-2011 and advised Moscow’s deputy mayor in 2012-2013.

Gaidar’s appointment caused bitterness in Russia and criticism from Ukrainian nationalists who resent another foreigner appointed to a top job. Some feel she has not been radical enough in denouncing Russia’s annexation of Crimea.

Gaidar told reporters in Kiev on Monday that she supports Ukraine’s territorial integrity. “It was illegal and immoral and Crimea should be returned to Ukraine,” Gaidar said but added that she doesn’t know “how it can be done.”

She said she would focus on improving the living conditions of the hundreds of thousands of refugees from eastern Ukraine who have poured into Odessa.

In Moscow, the human rights ombudsman Ella Pamfilova said Gaidar’s Moscow-based foundation could be stripped of half of a two million ruble ($35,000) presidential grant following her appointment.

Yegor Gaidar, who died in 2009, was a Russian prime minister in 1992 who orchestrated crucial but painful economic reforms [sic] after the collapse of the Soviet Union.

Maria Gaidar, the daughter of Russia’s reforming Prime Minister Yegor Gaidar and a prominent Russian liberal in her own right, has accepted Mikhail Saakashvili’s offer to work for him in Odessa.  It seems she may also accept Ukrainian citizenship.

This comes as no surprise to anyone who follows Russia’s liberals. No enemy of their country is too horrible for them not to embrace.

When Saakashvili was in charge in Georgia, the liberals fawned on him. They hailed his “economic transformation” of Georgia and his “anti-corruption miracle” as something for Russia to emulate.  They loved his unswervingly pro-American foreign policy.

When Saakashvili attacked South Ossetia [in 2008], they backed him, supporting the NATO narrative (refuted by an EU report) that the war which followed was “Russian aggression”.

When it turned out that the Georgian people did not share their enthusiasm for Saakashvili and booted him out, the liberals were stunned – and horrified!

Now that Saakashvili has resurfaced in Odessa, some of them, like Maria Gaidar, are rushing to embrace him.

From their point of view, it makes total sense.  Saakashvili in Odessa is a perfect match, bringing together two of Russia’s biggest enemies–Saakashvili and the Kiev regime–both with U.S. support, in one and the same place.

But Maria Gaidar and Russian liberals don’t care about that.