February update: the fifth anniversary of the Maidan coup 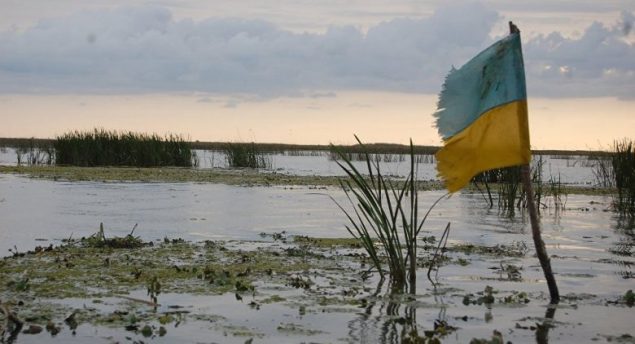 Written exclusively for the New Cold War website, in this update Dmitry Kovalevich analyses the current situation in Ukraine in the run up to the election.

February 2019 marks the fifth anniversary of the coup in Maidan, an event that eventually resulted in civil war, a mass exodus from the country and a collapsing economy; one that only survives due to Western financial aid.

Five years ago, on February 21, the former Ukrainian president Victor Yanukovich, leaders of the Maidan opposition, foreign ministers of Germany, France and Poland signed an agreement ‘On solving the political crisis in Ukraine’. The agreement implied peaceful regulations, a promise made by all sides, including the EU, which criticized the former government for attempts to disperse the far-right and nationalist protesters.

Yet, on the following day, despite the signed agreement, far-right militants resumed their attacks and managed to overthrow the elected government. The agreement was easily forgotten. It should be borne in mind by any leader, like N. Maduro in Venezuela, who is under the attack of western governments – that these signed ‘peaceful’ agreements are worth nothing.

According to a recent rating on the World’s safest countries compiled by the Global Finance, Ukraine is ranked 116, between Cameroon and DR Congo, and this fact is also one of the Maidan ‘achievements’ [1]. The country became an unsafe place due to the enduring civil conflict and armed far-right gangs roaming the country. They actually brought the current government to power in 2014 and feel their impunity, still being the authorities’ main pillar.

However, these Ukrainian far-right gangs have different masters. As the presidential campaign intensifies,  the various pro-Maidan candidates operate with their far-right gangs acting against their respective opponents. Thus, for example, neo-Nazi group C-14 acts for the president Poroshenko’s benefit. Its leader, Yevhen Karas, has openly claimed [2] that they cooperate with SBU (the state security service). But the notorious neo-Nazi regiment ‘Azov’ is subordinated to the Interior minister A. Avakov, who supports another candidate – Yulia Tymoshenko. Therefore, the presidential campaign takes the shape of a contest between far-right gangs.

This development is also a reason for the recent escalation of the war in Donbass. In an attempt to get rid of the opponents’ far-right gangs, president Poroshenko sends them to the frontline. At the beginning of February, the Ukraine media reported the return [3] of ‘Azov’ and ‘Right Sector’ militants to Donbass. And the number of shelling and attacks immediately increased. Both Donetsk and Lugansk republics’ representatives associate [4] this escalation with the arrival of these ultranationalist armed units to Donbass. Meanwhile, the far-right gangs loyal to the president remain, in order to control the situation in Kiev and other cities during the election.

February also marks the fourth anniversary of the Minsk agreement on the ceasefire and peaceful solution of the military conflict in Donbass. These four years may have passed, but the shelling and shooting continues, resulting in victims on a daily basis.

During the presidential campaign almost all the registered candidates are promoting the idea of the forceful seizures of the Donbass republics and Crimea, as they try to please far-right militants who have gained enormous power in Ukraine.

The candidates who offered a peaceful solution were either denied from registration or became targets for criminal persecution. Thus, the former leader of the Communist Party, Peter Symonenko was denied registering as a candidate, due the law ‘On decommunization’. Alexander Soloviev, the leader of a new leftwing party, The Reasonable Force, wasn’t able to register either [5] because he publicly spoke about negotiations with the Donbass republics. Victor Medvedchuk, the leader of yet another party ‘Opposition platform’, was officially accused [6] of ‘treason’ because he publicly suggested the idea of Donbass autonomy inside Ukraine. In point of fact, the idea of autonomy is actually part of the Minsk agreement, signed 4 years ago by the Kiev authorities. This criminal case of ‘treason’ against him, therefore, proves that Kiev had no intention of fulfilling the terms of the agreement.

According to a new poll [7], 70% of Ukrainians are ready for concessions in order to restore peace and stop the war in Donbass. But during the upcoming elections their wishes are not to be represented and essentially the country’s electorate will have to choose between warmongers.

The Ukrainian Marxist organization ‘Borotba’ (Struggle) is calling for a boycott of the upcoming election, due to the absence of candidates proposing a peaceful solution for the conflict, or an alternative socio-political development for Ukraine.

“Since the coup d’état and the beginning of the civil war, a complicated political situation has developed in Ukraine. Today, there is no single presidential candidate who advocates an alternative point of view on the future socio-political and economic development of Ukraine, or for the peaceful resolution of internal and external conflicts, while respecting the constitutional rights and freedoms of citizens. There can be no free will according to the rules of the nationalist dictatorship, henchmen of external forces. For a large part of the population, for example, Russian-speaking citizens and left-wing parties, it has been impossible to nominate a candidate who is untainted by cooperation with the current bloody marauders. Under these conditions, Borotba (Struggle) declares a categorical rejection of the next electoral farce imposed on the Ukrainian people by the illegitimate Kiev regime [the presidential elections scheduled for March 31, 2019]. Mass political repression against dissidents; war crimes against their own people; unparalleled enslavement and the subjugation of broad sections of the working people — this is the result of the rule of the current government. So what reason do sensible people have to believe that they will be given a democratic choice?”, reads the statement [8].

Whoever wins the presidential elections in Ukraine, the country’s economic and political courses will be largely predetermined by the enormous foreign debts which are to be repaid in 2019-2021. On February 12, the IMF representative in Ukraine, Jost Lungman, once again reminded [9] Kiev about the necessity of repaying its debts shortly. The IMF is again demanding that gas-prices are raised once more, as well as the sell-out of agricultural lands and privatize state ownership. Nothing is new in its demands – they are merely repeated to enforce privatization and price rises. The IMF threatens to stop financial aid if a new government attempted to lower gas prices (as some candidates promise), but without new loans from the IMF, Ukraine is unable to repay its older debts. This becomes a vicious circle of mounting debt, each time coming with harsher terms and conditions.

Vladimir Kornilov, a political scientist from Donetsk, says, “The Prime Minister of Ukraine openly says that the country has become a hostage of the International Monetary Fund. Its loans are not going to disappear anywhere – this year anyway – as Ukraine is to spend $ 15 billion on repaying its debt. In any case, the authorities will again beg for money from the IMF. Whoever becomes the president, he will have to comply with the requirements of the IMF; that is, to increase tariffs again and reduce living standards. Whether the president will be Poroshenko, Tymoshenko or Zelensky, any of them; regardless, the president has to follow the courses designed by the IMF. Ukraine has delivered its own subjectivity to Western actors.” [10]

Thus, it is likely that we shall see any significant changes and  those we do see will only be the sort that perpetuate the current nationalist and neoliberal policy. The new loans (to repay the older ones) will be granted to Ukraine essentially on the condition of its being an anti-Russian state and that the suicidal economic policy continues.

To secure the course of the current government to NATO and the EU, in early February the Ukrainian government also adopted a special law on amendments to the Constitution, so as to make the course toward European and Euro-Atlantic integration irreversible [11].

Even though the elections are scheduled for March 31, we can see all the preparation work aimed at preventing any changes in the future. Depriving some candidates, anchoring the pro-NATO course in the Constitution and the new IMF loans – all these steps should serve as a guarantee to prevent any of the changes for which the Ukrainian people strive.