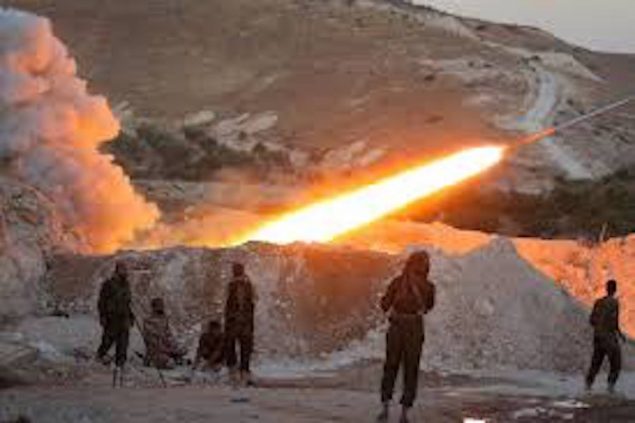 News of clashes in Turkish media agency Anadolu Agency, as well as some Russian language outlets, turns out to be no more than a week old fairy tale…

On January 28, the Turkish state-run news agency Anadolu Agency (link) and several Russian-language media outlets (link) started to spread rumors about alleged clashes between “the pro-Russian Tiger Forces” and “the pro-Iranian 4th Division” in northwestern Hama, near the villages of “Shahta, Bredidg, Innab and Haydariye”.

Citing “sources in Syria”, Anadolu Agency said that the reason of the clashes is some “differences” and the sides are deploying reinforcements in the area. The state-run media outlet also claimed that there were casualties among the sides. The wild speculations went further and Anadolu Agency stressed that “local sources” say that the clashes are a part of the plan to “limit Iranian influence” in the region.

The aforementioned media outlets present these reports as some kind of fresh data. However, in fact, this is a week-old fairy tale.

Originally, reports about “clashes” between “pro-Iranian” and “pro-Russian sources” appeared on January 22 when al Modon Online (link) said that they were taking place in the area. However, the al Modon Online version was a bit different. According to it, the pro-Russian force was consisting of members from “the 8th Division” and the “5th Assault Corps”. Later, this rumor was spreaded by some anti-Russian and anti-Assad bloggers. Some versions even claimed that 70-100 people were killed in the clashes. No media outlet was able to provide evidence of these clashes besides claims of “anonymous sources”. By January 28, this rumor had developed and the part about the causalties” had disappeared to make it more reliable.

On February 8, 2018 the US-led coalition released a statement saying that on February 7th it had struck “pro-regime forces” attacking “Syrian Democratic Forces headquarters” in the Euphrates Valley. According to local sources, the US strikes hit pro-government forces in the area between the village of Khasham (controlled by the government) and the CONICO gas facility (controlled by the SDF). Pro-government forces, supported by some PMCs, were allegedly trying to recapture the gas facility from the SDF.

The Pentagon stated that the strikes were defensive. The Russian side said that the US had attacked local militias carrying out operations against ISIS cells. However, the difference in these claims is not the most interesting part.

Almost immediately after the first reports of the US strikes, western MSM outlets started releasing reports based on anonymous sources that stated that between 100 and 300 “pro-Assad fighters” were killed by the strikes. A few days later, once again relying on anonymous sources, 100 to 300 allegedly killed “pro-Assad fighters” morphed into 100 to 300 killed “Russian fighters” – i.e. PMCs. Some “experts” and outlets even claimed that this number was much higher, in the realm of 600 killed.

The story developed further on April 12, when Michael Pompeo, then the CIA director recently nominated to be US State Secretary, claimed that the US had killed “a couple hundred Russians”. On April 20, US President Donald Trump provided his own statement based on the same story, claiming that there was a direct engagement between US and Russian troops in Syria and “many people died in that fight”.

This entire story demonstrates how a clear media forgery could reach the wide international audience and start being repeated as a fact. Since February 7, when the strikes took place, there has been zero evidence that can confirm any major casualties among Russian PMCs in this incident. 300 or 600 killed Russians in Syria is not something that can be hidden; however, no photos or videos of the bodies, names or any other evidence has ever been presented. The analysis of open data made by both pro-Syrian and pro-US analysts has concluded that 5 Russians may have reportedly died during the week when the US strikes took place. However, no details regarding the nature of their deaths are available. Sources in the SAA and other pro-government formations also deny any such casualties among Russian PMCs.

On February 14, the Russian Foreign Ministry confirmed that five “presumably Russian citizens” could have been killed in Syria and described reports about “mass” casualties among the Russians as fake news.  The MSM has continued repeating the “300-600 killed Russians” story for almost half a year now. The narrative works because there is no official data on Russian PMCs in Syria. The MSM can effectively repeat a story which has no factual basis, while claiming that the Kremlin is hiding hundreds of casualties, because the Russian government continues to maintain a position of strategic ambiguity regarding the issue of Russian PMCs’ activities in Syria.