Facebook deactivates dozens of accounts of Palestinian journalists and activists 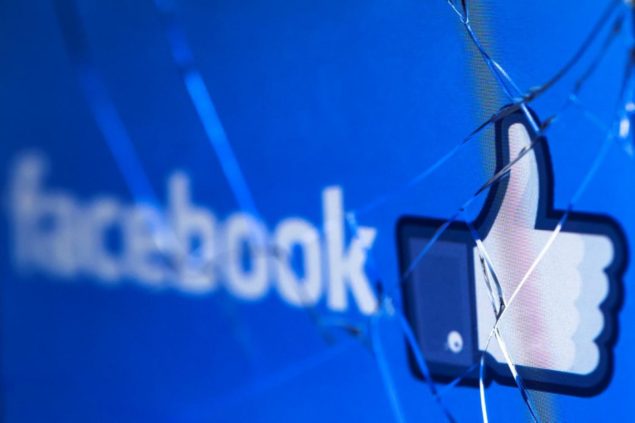 At least 52 Palestinians have been affected by Facebook’s deactivation sweep, according to data collected by Middle East Eye

In the space of one day, more than 50 Palestinian journalists and activists had their profile pages deleted by Facebook, alongside a notification saying their pages had been deactivated for “not following our Community Standards.”

“We have already reviewed this decision and it can’t be reversed,” the message continued, prompting users to read more about Facebook’s Community Standards.

‘Anything I posted was at risk of being taken down. If I posted videos of settler attacks on farmers, or of clashes with Israeli soldiers, it would be taken down’

“They didn’t provide any specific reason, like a post or a photo for example, that violated their guidelines,” Imad Jibreen, 40, a freelance journalist from the occupied West Bank village of Tuqu told Middle East Eye.

“They just deleted our pages and said there’s nothing we can do to change it.”

According to data collected by Middle East Eye, Jibreen was one of at least 52 Palestinians to be affected by the deactivation sweep, though that number is expected to rise as more report the deactivation of their accounts.

“I have three different Facebook pages: two official work accounts in Arabic and English, and one personal account. All of them were taken down,” Jibreen told MEE, adding that a number of his friends and colleagues were among the people whose accounts were deleted out of the blue.

“I feel frustrated and upset,” Jibreen told MEE, adding that Facebook was one of the main social media platforms he used for work and personal life. “All of my contacts and networks: friends, family, and work contacts, are all lost now. And I have no idea why.”

‘At the request of the Israeli government’

Palestinians are no strangers to censorship on social media, particularly on Facebook.

For years, Facebook has been deactivating the accounts of Palestinians in coordination with the Israeli government and security agencies, on the pretext of preventing Palestinian “incitement” on its platform.

The practice began in 2016 in the wake of a wave of small-scale attacks on Israeli soldiers across the occupied territory. Israel argued at the time that “lone-wolf” attackers were being incited to violence on social media, prompting them to begin working with Facebook.

Reports at the time indicated that Facebook complied with around 95 percent of requests submitted by the Israeli government to delete the accounts of Palestinian civilians – the majority of whom consume their news and get their information from social media platforms like Facebook.

“This is not the first time me and my colleagues have had problems with Facebook,” Jibreen told MEE, saying that he frequently has his posts taken down by the site.

“Whether I’m sharing my own video or original post, or even just sharing something that has been published widely on Facebook, they will take down my post,” he said. “Anything that has the word ‘martyr’ in it, or even the phrase ‘rest in peace’, it would be taken down.”

‘Shielding the world from the reality of occupation’

Samer Khweira, 39, a reporter with the Al-Haya radio station in Nablus who also had his account taken down on Monday, told MEE he has been having issues with Facebook for years.

“Anything I posted was at risk of being taken down,” Khweira said. “If I posted videos of settler attacks on farmers, or of clashes with Israeli soldiers, it would be taken down.”

Even a simple post announcing the news that a Palestinian had been killed by Israeli forces would get deleted from his page for violating “Community Standards.”

Both Jibreen and Khweira reported issues with posting livestreams on Facebook, saying that they, along with several of their colleagues, would often be prevented from going live on their accounts, a “glitch” that they were unable to fix.

“We are certain that the deactivation of all of our accounts was made at the request of the Israeli government,” Jibreen told MEE.

“Israel does not want people, especially the international community, to see what’s happening on the ground in Palestine,” he continued.

“By censoring Palestinian journalists and activists, they are not only violating our freedoms of speech, but they are being complicit in Israel’s efforts to shield the world from the reality of the occupation.”