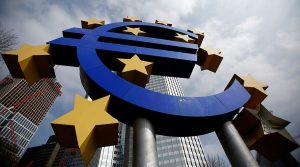 A report by Oxfam suggests Europe’s largest banks have registered over a quarter of their profits in offshore tax havens last year. The continent’s top 20 lenders avoided paying tax on an estimated €25 billion, the study finds. The report follows increased international scrutiny of corporate tax avoidance.

The lenders paid no tax on profits of €383 million posted in seven tax havens last year while booking earnings of €4.9 billion in Luxembourg – more than they did in the UK, Sweden, and Germany combined.

In 2015 European banks posted at least €628 million in profits in tax havens where they employ nobody, Oxfam reported. Luxembourg and Ireland are the most favored tax havens, accounting for 29 percent of the profits banks posted offshore in 2015.

“The French bank BNP Paribas made €134 million tax-free profit in the Cayman Islands despite having no staff based there,” explained the report.

Bank employees in tax havens appear to be four times more productive than the average bank employee, Oxfam said. They generate an average profit of €171,000 per year compared to just €45,000 a year for an average employee, the organization calculated.

The study was based on data released under new European Union regulations requiring banks to report earnings on a country-by-country basis.

“These rules must now be extended to ensure all large corporations provide financial reports for every country where they operate. This will make it easier for all countries – including the poorest – to establish if companies are paying their fair share of tax or not,” she added.

According to Oxfam, tax dodging deprives countries throughout Europe and the developing world of the money they “need to pay for doctors, teachers and care workers.”

It’s alarming that big European banks, unlike ordinary people, are not paying their fair share of taxes, says Oxfam policy advisor Aurore Chardonnet. Tax dodging is a crime against the people, a robbery of the population, adds business consultant Gerald Celente.

Europe’s 20 largest banks are involved in tax avoidance schemes, according to the latest Oxfam report entitled Opening the Vaults. The banks registered over a quarter of their multi-billion euro profits offshore. The report says in some cases the companies didn’t pay any tax profit of €383 million. They made almost €630 million in countries where they had no employees at all.

Oxfam policy advisor Aurore Chardonnet explained what is happening and why the situation is alarming. “Big European banks are reporting far more profits in tax havens than their economic activity suggests in figures,” she told RT. “That means they report 20 percent of their profits in tax havens while they only have seven percent of their employees working there. So you see there is a big mismatch.”

In her view, the new Oxfam report “is the beginning of a new era”.

“It is a beginning of tax transparency and that is a powerful tool, to then have powerful solutions against tax dodging,” she said.

“If you shift your profits from where you do the proper activity, that means you’re not paying the fair share of tax according to the numbers of employees or the number of assets you have in a country. That means you’re depriving countries from tax resources to pay for public services, for schools, for hospitals, for infrastructure, which also trigger investments. It is not illegal, but it is clearly unfair,” the Oxfam policy advisor added.

Business consultant Gerald Celente adds that it’s ordinary people who also have to pay the price for offshore schemes of banks and big companies.

“They are doing terrible harm. It is not a victimless crime. The people are the victims. Let’s get this straight: it is a neo-feudal society. You have different rules for the economic elite and the political nobility. So when they don’t pay taxes, or they cheat the people out of money, like too big to fail – no one goes to jail for their crimes,” he told RT.

According to Celente, it’s the politicians who are to be blamed for making it possible as they are being paid by “the ‘too bigs’” to pass “unjust laws that allow these people to use ‘tax havens’.”

“You’re looking at a system that is robbing the little people. Look at the austerity measures they have throughout Europe. The banks lose money. What they then do – they call them austerity measures; they raise their taxes…they rob people of their pension and retirement programs. They raise the retirement ages till after they die, so that they could pay off the bankers, so that people have to pay more taxes as the banks, and the Googles, and the Microsofts, and the Starbucks, and the Ikeas are paying very little taxes, because they are hiding them in offshore tax havens.

Europe’s 20 biggest banks are registering over a quarter of their profits in tax havens – well out of proportion to the level of real economic activity that occurs there, according to a new report by Oxfam and the Fair Finance Guide International today.

The report, ‘Opening the Vaults,’ suggests the discrepancy may have arisen because some banks are using tax havens to avoid paying their fair share of tax, to facilitate tax dodging for their clients, or to circumvent regulations and legal requirements.

The research was made possible by new EU transparency rules that require European banks to publish information on the profits they make and the tax they pay in every country they operate. The report finds:

Manon Aubry, Oxfam’s Senior Tax Justice Advocacy Officer said: “New EU transparency rules give us a glimpse into the tax affairs of Europe’s biggest banks and it’s not a pretty sight. Governments must change the rules to prevent banks and other big businesses using tax havens to dodge taxes or help their clients dodge taxes.”

“All companies and individuals have a responsibly to pay their fair share of tax. Tax dodging deprives countries throughout Europe and the developing world of the money they need to pay for doctors, teachers and care workers,” said Aubry.

Many countries are being cheated out of the money needed to tackle poverty and inequality by corporate tax dodgers, with poor countries being hit the hardest.  Tax dodging by multinational companies costs poor countries over €90 billion every year. This is enough money to provide an education for the 124 million children who aren’t in school and fund healthcare interventions that could prevent the deaths of at least six million children.

Transparency measures, such as the EU rules on public country-by-country reporting, are vital tools in the global fight against tax dodging. However, a new European Commission proposal designed to extend public reporting beyond the banking sector is flawed. The proposal is limited to companies with a turnover of €750 million or more, a measure that would exclude up to 90 percent of multinationals, and does not require companies to report on their activities in all the countries they operate – including developing countries.

“The EU’s transparency rules are starting to open up the often murky world of corporate taxation to public scrutiny.  These rules must now be extended to ensure all large corporations provide financial reports for every country where they operate. This will make it easier for all countries – including the poorest – to establish if companies are paying their fair share of tax or not,” said Aubry.

Notes by Oxfam to editors:

Download the report, Opening the vaults: the use of tax havens by Europe’s biggest banks(52 pages), a summary of the data on each of the 20 banks, a methodology document, and the complete data set on which Oxfam based its calculations.

All banks were asked to comment on the findings of the report before publication – their responses are outlined in the report.

Oxfam is an international confederation of 19 non-governmental organizations working with partners in over 90 countries to end the injustices that cause poverty. www.oxfam.org

Fair Finance Guide International is an international civil society network, initiated by Oxfam that seeks to strengthen the commitment of banks and other financial institutions to social, environmental and human rights standards. http://fairfinanceguide.org/