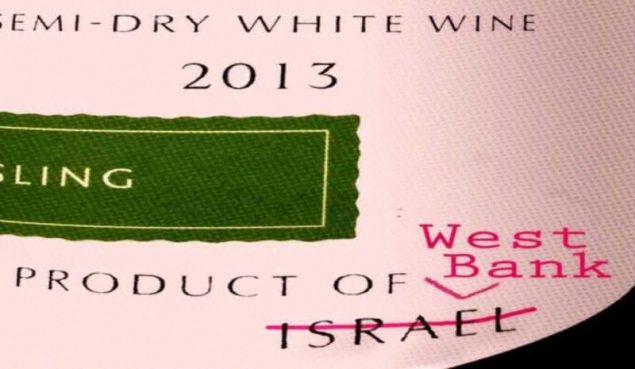 Today, the Israeli government’s worst fears were realized at the European Court of Justice (ECJ).

The case was initiated in France by Psagot Winery Ltd. The winery is situated in the settlement of Psagot and, according to an investigation by The Independent, sits partially on land stolen from Palestinian owners. 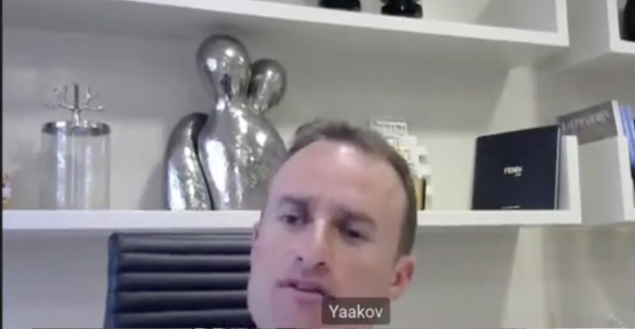 Before the issuance today of the ECJ’s decision, Israeli officials were reported to have urged Psagot Winery’s management to abandon the case after the ECJ’s Advocate General, Gerald Hogan, issued a stinging opinion condemning Israel’s settlements as a flagrant violation of international law.

But Psagot Winery plowed ahead anyway.

The ECJ’s decision follows hot on the heels of a similar decision rendered this past summer by Canada’s Federal Court in a judicial review application launched by Dr. David Kattenburg.

In that widely publicized decision, Justice Anne L. Mactavish, who has since been elevated to Canada’s Federal Court of Appeal, ruled that “Product of Israel” labels on wines made in Israel’s West Bank settlements were “false, misleading and deceptive.”

In the Canadian case, one of wines at issue was produced by Psagot Winery.

Upon learning of the Federal Court’s decision, pro-Israel lobby groups became apoplectic. So extreme was their invective that an organization led by Rabbi Shmuley Boteach, a notorious promoter of Israeli apartheid, took out a full-page ad in the New York Times falsely accusing Canada’s Federal Court of anti-Semitism: 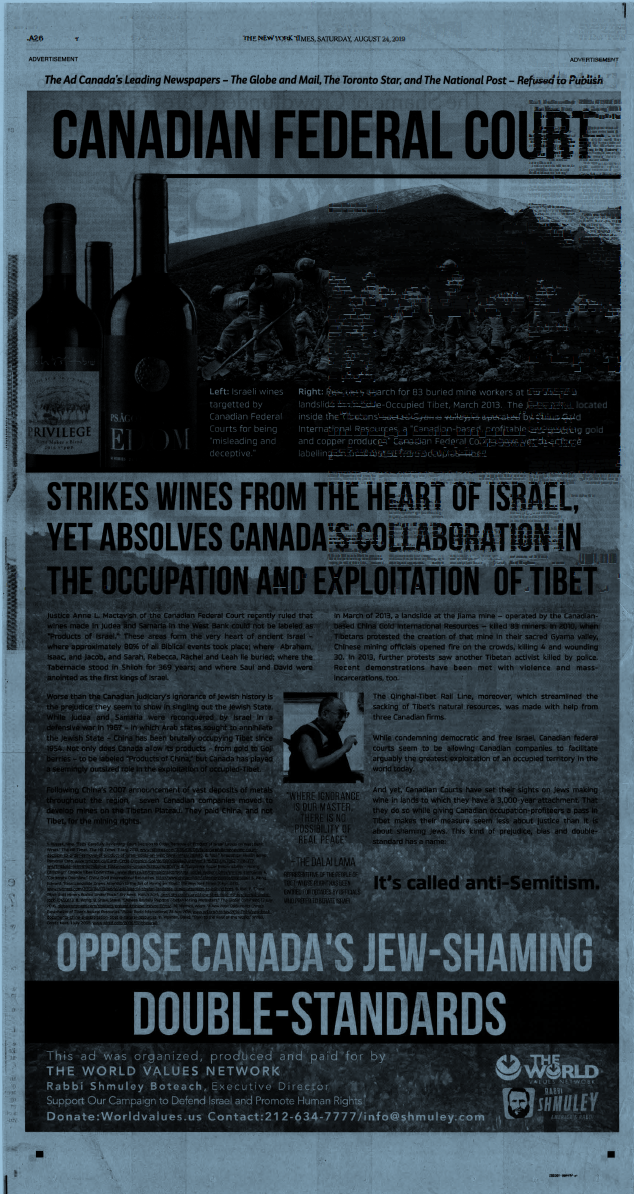 Ultimately, Justin Trudeau’s government succumbed to the lobby’s pressure and filed an appeal from the decision of the Federal Court of Canada. Trudeau capitulated despite the fact that his own government acknowledges that Israel’s West Bank settlements violate the Fourth Geneva Convention and are a “serious obstacle to peace.”

Pasgot Winery is controlled by the wealthy Falic family of Florida, owners of the Duty Free Americas airport chain. They have been the biggest donors to Israeli Prime Minister Benjamin Netanyahu and have given nearly $6 million to settler groups in the West Bank and East Jerusalem.

According to a recent report by Al-Monitor, the Falics have retained the elite lobbying firm Covington & Burling to enlist the Trump administration in a legal and political fight against the EU regulations on country-of-origin labels.

Meanwhile, in the Canadian litigation, Psagot Winery’s incensed CEO decided to take matters into his own hands.

Berg retained the Lawfare Project and Toronto law firm, Re-Law LLP, to file a motion seeking to have Psagot Winery added as a party to the government’s appeal in Canada’s Federal Court of Appeal.

The Lawfare Project describes itself as “the world’s only international pro-Israel litigation fund” and says that it has launched more than 70 lawsuits and legal actions in 16 jurisdictions around the world.

The affidavit Berg filed in support of Psagot Winery’s motion can be viewed here.

On October 23, 2019, I had the opportunity, as Dr. Kattenburg’s lawyer, to cross-examine Berg. That cross-examination, which lasted approximately two hours, was videotaped. I have posted below the full video.

Some of the more notable aspects of the cross-examination were as follows:

The Federal Court of Appeal has not yet rendered a decision as to whether Psagot Winery should be a party to the government’s appeal. That decision is likely to be issued in the weeks ahead.

The video of Yaakov Berg’s cross-examination can be viewed here: