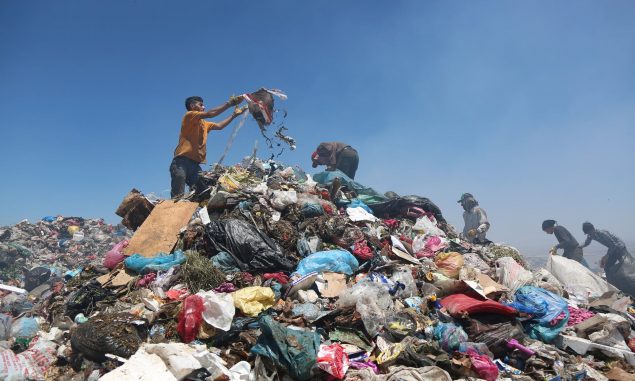 Since China said no to Europe’s garbage, Turkey is becoming Europe’s dumping ground according to daily newspaper, Sözcü. As well as negatively impacting on the environment, spokesman for the country’s refuse pickers, Recep Kahraman says that the increased quantity of waste is having detrimentally effecting the people he represents.

Turkey is becoming Europe’s “dumping ground” for plastic waste because of vast volumes no longer accepted by China, according to Recep Kahraman, head of the country’s garbage pickers’ association.

Kahraman spoke out as figures reported by Turkey’s Sözcü daily revealed that the country’s monthly plastic waste imports jumped from 4,000 tonnes in 2016 to 33,000 tonnes last year and currently stand at around 42,000 tonnes.

“Garbage pickers used to make TRY100 [$18] a day by collecting some 100 kilograms of waste from the streets. Now, they can only make TRY30-TRY35 because there is so much plastic waste in the country. Turkey is becoming Europe’s dumping ground,” Kahraman said. 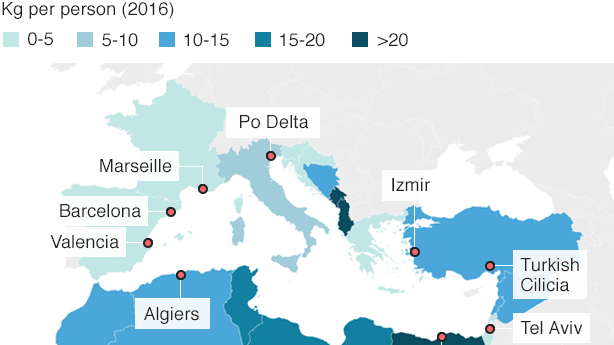 Fee ‘annulled after lobbying’
With imports surging, Turkey’s Ministry of Environment earlier in August decided to charge TRY 300 per tonne on imported plastic waste to discourage trade in it. However, only a week later, the ministry annulled its decision in the face of objections from the Ministry of Industry. According to Sozcu, the fee was annulled after lobbying by plastic waste import companies.

China was long known as the largest importer of plastic waste but when Beijing imposed restrictions, diverted rubbish, mostly originating from Europe, was channelled to other countries, such as Malaysia, Thailand, Vietnam and Poland. But eventually those countries also refused to take in excessive amounts of plastic waste, at which point Turkey became a new major destination.

The newspaper claimed that only 30%-40% of the imported plastic waste coming into Turkey is recyclable or reusable while the remaining 60%-70% is useless and probably toxic.

When the government this year banned the provision of free plastic bags in supermarkets, environmentalists welcomed the move—which makes shoppers pay TRY0.25 per bag—as necessary to persuade consumers not to use too many plastic bags. However, allowing a large amount of often toxic plastic waste into the country makes the action pursued against plastic bag use rather meaningless and ineffective. 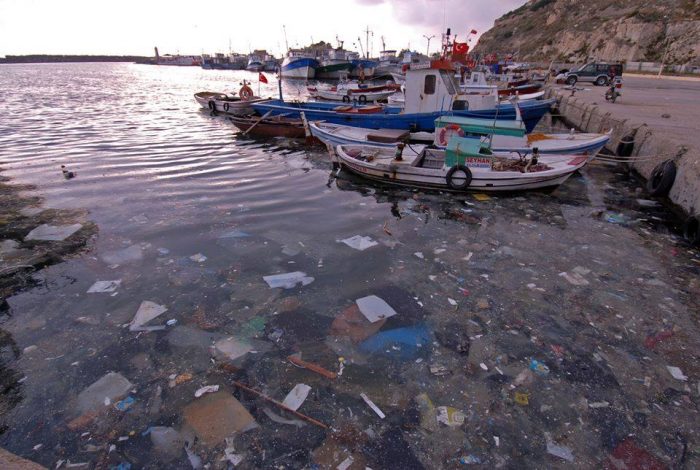 In June, a new report from the World Wide Fund for Nature (WWF), entitled “Stop the Flood of Plastic: How Mediterranean countries can save their sea”, observed: “The Chinese reform of quality regulations for imported plastic waste, started in 2018, has significantly shifted the global balance of trade in plastic waste. Since then, a significant volume of global waste trade has shifted toward countries with lesser restrictions than China. As of 2018, imported waste to Turkey grew to approximately 3.5 per cent of the total global waste trade, making it one of the top ten global waste importers.”

It added: “Every Mediterranean country is mismanaging a portion of its waste… but given their plastic production and consumption patterns, size of economy, and current waste management systems, the biggest contributors to mismanaged waste in the region are Egypt (42.5 per cent), Turkey (18.9 per cent), and Italy (7.5 per cent).”

A total of 6.6mn tonnes of plastic waste is mismanaged yearly around the Mediterranean, the WWF report said. The term “mismanagement” in this context refers to waste that remains uncollected or is illegally landfilled or openly dumped.

Cilicia ranked worst hotspot
Identifying hotspots for plastic leakage into nature, the report noted that the coastline of Cilicia in southeast Turkey is assessed as having the highest plastic pollution in the Mediterranean with 31.3 kg of debris per kilometre. Izmir, on Turkey’s Aegean coast, was listed in the report as the ninth worst hotspot, with 7.2 kg per km.

Turkey’s neighbouring Ceyhan and Seyhan Rivers, the Po River Delta in northern Italy and the Nile are the most contaminated rivers feeding plastic into the Mediterranean, the report added.

“Imported plastic is higher quality than domestically generated plastic waste [in Turkey], due to more effective sorting and treatment processes, and is hence of higher value to recyclers,” the WWF analysis concluded, adding: “A large portion of Turkish recycling capacity is occupied by imported waste coming from the United Kingdom, Belgium and Germany. Therefore, only 6 per cent of domestic plastic waste is recycled through these facilities. In addition, many of the countries accepting larger volumes of imported waste, like Turkey and Morocco, have challenges with effective waste management. As a result, they were ill equipped to handle the sudden influx of imports [caused by the Chinese change in approach]. This means that plastics collected and exported for recycling to these nations may have ended up in landfills, incinerators or open dumps.”

A total of 247 billion pieces of plastic are estimated to be floating in the Mediterranean Sea and that figure will keep growing as current plastic waste generation is expected to quadruple by 2050, the report said.

It also advised: “In countries where education around the environmental impact of waste is lower, citizens are less likely to dispose of waste adequately. In Greece, Turkey and Tunisia, an estimated 50 per cent of waste collected for recycling through so-called ‘blue bin’ systems is contaminated by nonrecyclables. Most countries do not enforce a penalty fee on consumers for improper waste sorting, and therefore rely on citizens’ good will.”

Turkey’s plastic waste imports from the UK are booming – but at what cost?

Turkey as a new destination for plastic waste: fivefold increase in imports