The EU-U.S. Energy Council met in Washington DC on Dec. 3. Below is a news report and a statement issued by the meeting. The meeting discussed how to lessen European dependence on oil and gas supplies from Russia, including exploring more oil and gas shipments coming from the U.S.

The meeting took place in the wake of the deal reached on Oct. 30 between Russia and Ukraine for payment of Ukraine’s unpaid gas bills to Russia and resumption of gas shipments to the country (news report here). It also came two days after Russia announced the cancellation of the South Stream natural gas pipeline that would run under the Black Sea and make landfall in Bulgaria. Russia now wants to partner with Turkey in building an alternative route through there to the Balkans and southern Europe. That’s an added headache for the EU because now it has to fashion an agreement with yet another gas transporting country–Turkey. 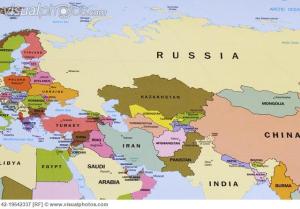 In the background of this meeting is the Eastern Partnership Program of the European Union, also backed by the United States. It aims to integrate former Soviet republics in Europe and the South Caucasus into Western economic, political and military structures. Six targeted countries joined the program in 2009– Armenia, Azerbaijan, Belarus, Georgia, Moldova and Ukraine. The Baltic states are not program targes because they are already members of the EU and of NATO.

The goal of the Eastern Partnership Program is to isolate and quarantine Russia and to weaken the Commonwealth of Independent States and the Collective Security Treaty Organization. There are nine CIS member countries: Armenia, Azerbaijan, Belarus, Kazahkstan, Kyrgystan, Moldova, Russia, Tajikistan, and Uzbekistan. The total population of the nine is app. 275 million. Turkmenistan and Ukraine are “participating” states of the CIS. Ukraine’s Economic Development Minister Valeriy Pyatnitsky said on Oct. 9, 2014 that Ukraine has no plans to withdraw from the CIS. “We continue cooperating with the Commonwealth in the framework of the CIS free-trade zone,” he said.

WASHINGTON — A joint statement issued following the sixth EU-U.S. Energy Council meeting in Brussels today reiterated the resolve of the European Union and the United States to stand shoulder-to-shoulder in support of Ukraine’s new government and reaffirmed that energy should not be used as a political tool.

The EU-U.S. Energy Council welcomed the trilateral gas accord of October 30, 2014 while stressing that “the territorial integrity, independence and sovereignty of Ukraine must be respected.” The Council also discussed ways in which the United States could provide assistance to strengthen energy security in EU candidate countries and Eastern Partnership countries. It “welcomed the prospect of U.S. liquefied natural gas exports in the future since additional global supplies will benefit Europe and other strategic partners.”

With respect to the threat from climate change, the Council stressed that coordinated action by the EU, the United States and all major and emerging economies will be essential to tackling what remains the defining global challenge of our generation.

13. The Council concurred that research and innovation have a critical role to play in increasing energy security and in mitigating the threat of climate change by expanding the share of low-carbon options in the energy mix, and by reducing costs. Enhanced cooperation between the EU and United States in energy-related research should support the development of coordinated and harmonised technologies, solutions, programmes and projects. This will provide the base for developing expertise, science and technology capacity and excellence that will directly benefit competitiveness and contribute to green growth as a source of new jobs and prosperity.

14. The Council emphasised the importance of intensifying and streamlining co-operation in this area, including but not limited to the areas of renewable sources of energy, critical materials, energy efficiency, nuclear fusion, hydrogen and fuel cells, smart grids and storage, Carbon Capture and Storage, unconventional resources, ocean energy and systems integration.

15. The Council welcomed the continuing exchange on energy policy issues of mutual interest, including on the EU’s 2030 Climate and Energy Policy Framework, the U.S. Department of Energy’s Quadrennial Energy Review, the EU’s ‘Connecting Europe Facility’, smart grids and electric vehicles, energy efficiency, unconventional resource development, and LNG and Carbon Capture and Storage, recognising the joint objective of accelerating the transition to a competitive and sustainable low-carbon economy.

17.  Coordinated action by the EU, the United States and all major and emerging economies will be essential to tackling the threat of global climate change, which remains the defining challenge of our generation. The Council reaffirmed the strong determination of the United States and the EU to work towards the adoption at the United Nations Climate Conference in Paris in 2015 of an ambitious protocol, legal instrument or agreed outcome with legal force, under the Convention and applicable to all parties, which would strengthen the multilateral, rules-based regime. This agreement must be sufficiently ambitious, robust and dynamic in light of the goal to limit global temperature increase to below 2˚C. The latest findings of the Intergovernmental Panel on Climate Change serve to emphasise the importance of urgent and effective action. The EU and the United States are committed to taking the lead in the fight against climate change and note the increasing evidence that action on climate change can be combined with improved economic performance and have positive co-benefits in areas such as health and energy security. The EU and the United States also intend to continue their strong efforts to reduce emissions of short-lived climate pollutants.

18. The Conference of Parties COP 20 in Lima this December is an important stepping stone towards success in Paris in 2015. It is important that in Lima countries reach agreement on draft elements of a negotiating text, including the requirement for transparent, quantifiable, verifiable and ambitious mitigation contributions, elaboration of the international process to consider and analyse contributions prior to COP 21, and a commitment to continue raising mitigation ambitions before 2020.

21. The Council welcomed the 23 October European Council decision to reduce the EU’s aggregate domestic greenhouse gas emission by at least 40 percent below the 1990 base year by 2030. The Council further welcomed the binding target to achieve at least a 27 percent share of renewable energy in the EU’s total energy mix, and the indicative target to reduce total energy consumption by at least 27 percent compared to projections by using it more efficiently. The Council welcomed the announcement by the United States of its intention to reduce emissions 26 to 28 percent below 2005 levels in 2025. The Council also welcomed the $3 billion pledge of the United States, and EU Member States’ current aggregate pledge of at least $4.6 billion towards the initial capitalization of the Green Climate Fund, as well as their respective provisions of climate finance to developing countries. The Council encouraged other parties who have not yet done so to pledge commensurate amounts.

22. The Council discussed opportunities for co-operation in promoting sustainable energy in other parts of the world, including mobilising the necessary long-term investments needed to operate a transition to low-carbon economies. Energy efficiency and renewable energy are among the priorities for support globally, in the context of climate change as well as development. The Caribbean was discussed as a region that is highly vulnerable to climate change, where clean, renewable energy sources could be particularly productive and useful. The Council welcomed initiatives in the region to promote a cleaner and more sustainable energy future for the Caribbean, including those reflected in the Joint Caribbean-EU Partnership Strategy and the US Caribbean Energy Security Initiative (CESI), and discussed ways to work collaboratively in support of the region’s own sustainable energy strategies.