Electricity service in Ukraine and Crimea is stabilized 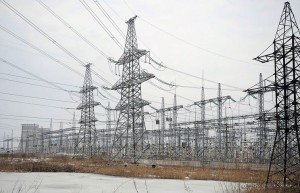 According to a New Cold War.org correspondent in Crimea, electricity supply to the region has stabilized and the frequent cuts to service of the past week or so have ended.

Interfax Ukraine reports the following news on Dec. 30, 2014 (report published on Russia Beyond the Headlines):

“In parallel, in order to ensure reliable and uninterrupted supplies of electricity to Crimea, a second agreement between Inter RAO subsidiary Center for Payment Settlements (TsOR) and Ukrinterenergo has been signed,” Novak said.

KIEV — Ukraine will have stable enough imports of coal and electricity to welcome the New Year with a well-lit festive tree in the home and illuminations on the street, national energy authorities said on Wednesday. “All Ukrainians will be able to greet the New Year with light. There will be no outages in the near future,” Ukrainian Energy Minister Volodymyr Demchyshyn told a news conference, striking an upbeat note after a year of war and upheaval in the former Soviet republic.

The state energy firm Ukrenergo has been carrying out phased power cuts due to a lack of coal for its thermal power plants caused by the separatist conflict in the east, a mining region whose coal supplies generate around 40 percent of electricity. But Demchyshyn said a just-signed deal to import electricity from Russia could help stabilize supplies, while Ukrainian companies would be able to import around 1 million tons of coal early in the New Year, half of it coming from Russia.

“The issue on imports of power is resolved. We have had talks with Moldova, Belarus and Russia and agreements for imports of 1,500 megawatts have been signed,” Demchyshyn said. “All these will allow us to avoid any outages.”