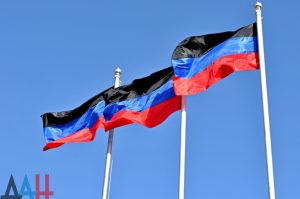 Assigned official journal status by a decree of the head of the Donetsk People’s Republic, DAN started publishing news in the Russian language in December, 2014. Motivated by the idea of delivering reliable information on Donbass and its authorities’ viewpoints to foreign audiences, DAN recently decided to start an English language website.

As of the launch date, select stories going back to July 2016 are available on the website. It is updated daily with the agency’s top stories. These focus on the military situation, peace talks, primary election preparations and other landmark events in the Donetsk People’s Republic.

Related readings on the launch date of DAN News English-language service:
Donetsk is preparing to hold primary elections on Oct 2 to a legislative assembly, Sept 29, 2016

DPR Head: Ukraine authorities to blame for MH17 crash, will be brought to justice, Sept 29, 2016